While waters had largely receded from directly-hit Cape Coral and its neighboring city, roughly 50 miles north distressed residents were still trapped inside their homes — including some in need of medical attention.

Marie Simon, a 44-year-old nurse, stood at the water’s edge on South Cranberry Boulevard, asking anyone with a boat, kayak, or paddle board to help her diabetic relatives, who were stranded three blocks away.

“They have been stuck for almost three days. They don’t have any food or water,” Simon told The Post.

“I hate to say, she wasn’t really prepared to be stranded.”

Simon feared her sister, Charlitte Pierre, 37, and her two diabetic children, Janiya, 12, and Jaysiha, 11, could slip into comas or die if they weren’t rescued quickly. 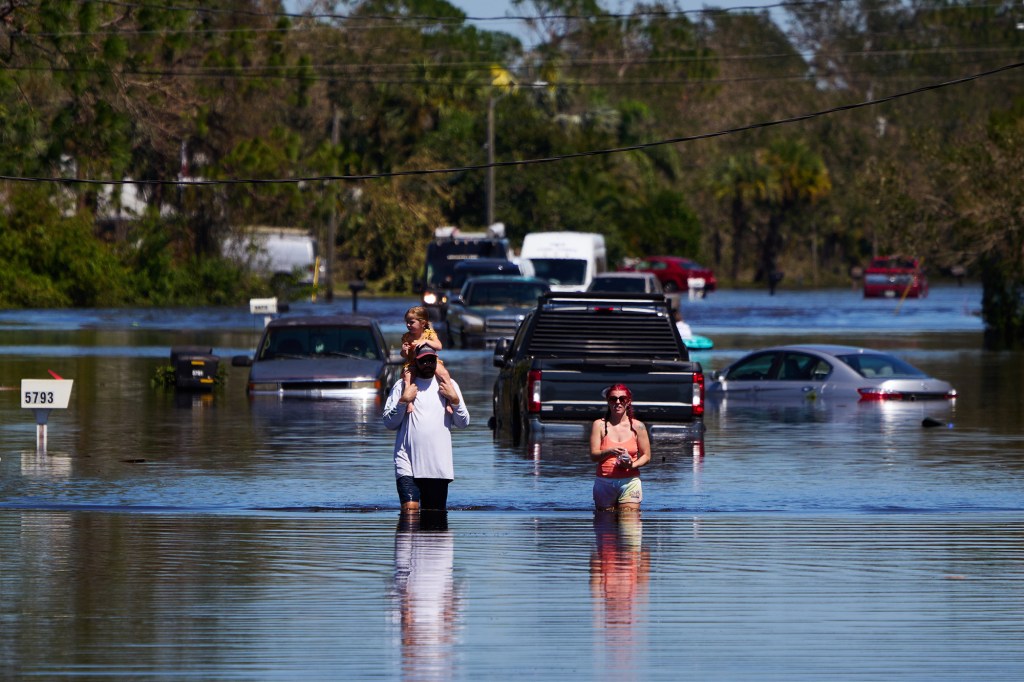 Simon said she wanted to help, but couldn’t navigate the treacherous floodwaters.

“I am thinking of walking to her house but I don’t know how deep it is and I’m not a swimmer,” she said.

After the hurricane ravaged the area with record-breaking winds Wednesday and Thursday, she said Pierre became frantic because all three phones in her household ran out of batteries.

“I can’t call her,” she said, adding her sister also turned to social media for help.

“This morning she used my nephew’s phone to ask for help on Facebook but now all the phones are dead and she doesn’t have a generator to charge them,” Simon said. 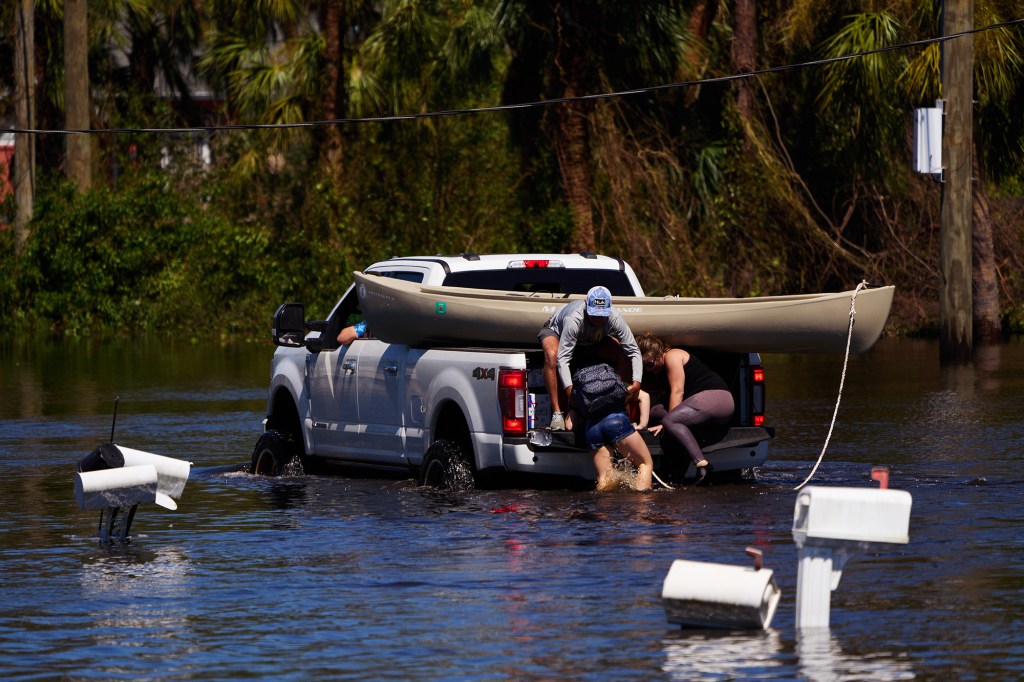 She said her relatives likely had enough meds — but food was just as vital.

“She probably has medication but taking medication without food is not safe as a diabetic. She has probably not been taking her medication so her sugar doesn’t drop,” Simon said.

“Their diabetes could be life-threatening. They cannot control it without food,” she said.

North Port Police said Friday that rescuers were rushing to help people stranded by the floodwaters.

“Rescue missions are continuing. Hundreds have already been brought to dry ground,” the department tweeted. 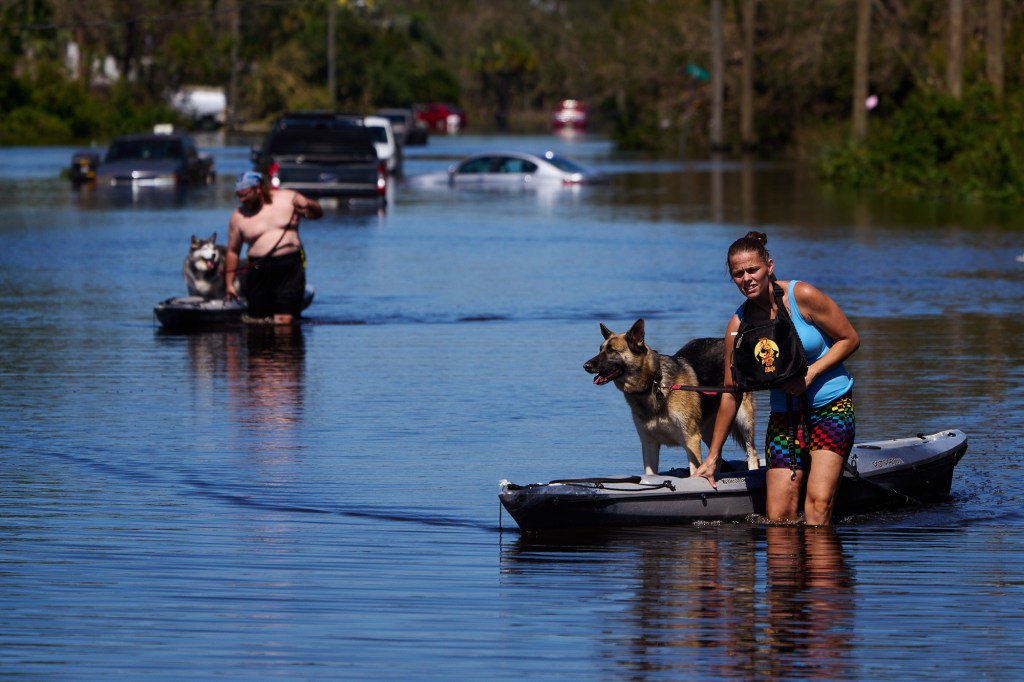 “The water will continue to rise in some areas. If you need to get out, call 911. Help will continue as needed. Thank you to all who have showed up to support the efforts.”

Meanwhile medical care had become scarce. In neighboring Charlotte County, all hospitals apart from ShorePoint Health Port Charlotte had been closed due to he hurricane, putting an enormous strain on the emergency room.

One woman, Pat, had been waiting for three hours for her 88-year-old mother to be seen for treatement after she had sustained an animal bite.

They had to line up outside the hospital as the inpatient waiting room was full, with at least 60 people in front of them, but was glad to have finally found an open hospital. 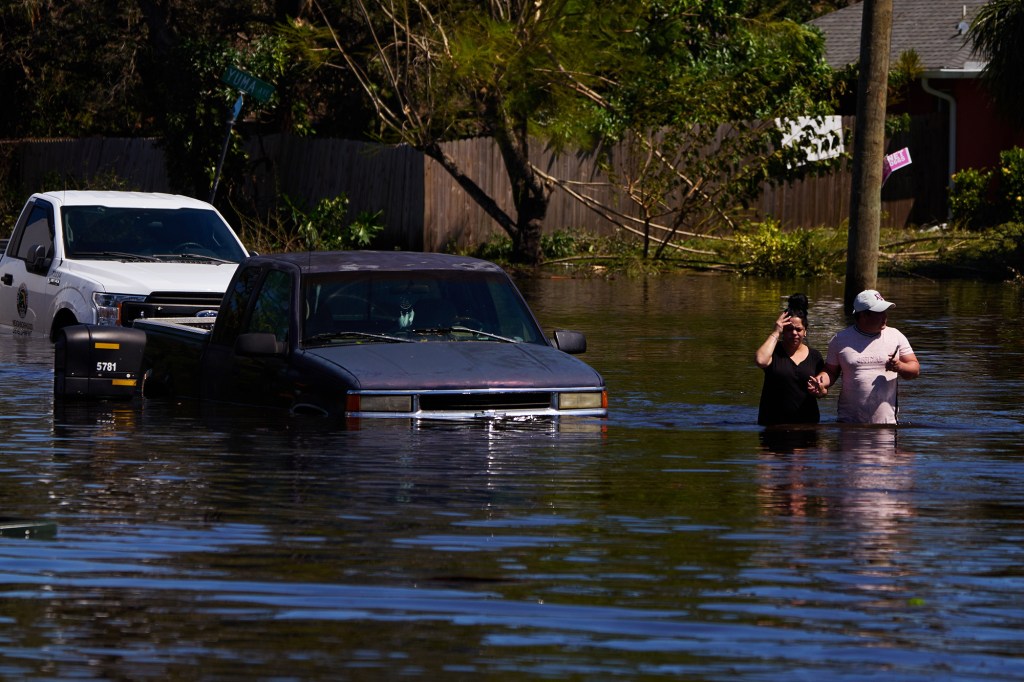 She told The Post: “This is the only hospital open. We tried to get to Venice and all the roads were underwater. [Others] were closed.

“We were driving for three hours before we got [here].Nobody knows anything.

“Communication was lacking. Even the radio is not explaining what’s going on. It’s a madhouse here.

Other patients said they too had waited hours in the Florida heat and that their homes were without electicity, water or wifi.

Thomas, a construction worker, described how his bedroom roof caved in and he had later badly gashed his leg while clearing hurricane debris.

He said: “I went to the hospital across the street but they’re closed because the roof has caved in.

“I just gotta wait but there’s a lot of people ahead of me so it’s going to take a while.

“Right now it’s chaos out there.”

Warnock heads into Georgia runoff with head of steam