ATLANTA — There are many culprits in a Mets offense that went silent when it needed to be loud. Francisco Lindor went 2-for-13 with five strikeouts in the series. Mark Canha struggled to a 2-for-11 line. In James McCann’s lone start, he showed no life in an 0-for-3 Sunday night.

But no at-bats this weekend were followed closer than the first eight of the career of Francisco Alvarez, who was called up in the heat of a pennant race as the Mets’ potential 20-year-old savior.

The top prospect in baseball could not save them. He is still seeking his first hit after a 5-3 loss at Truist Park that finished a devastating, three-game sweep at the Braves’ hands.

When they called up the DH/catcher, manager Buck Showalter and general manager Billy Eppler said Alvarez would be advised against trying to play hero ball, attempting to announce himself with a 500-foot shot. In all eight of his at-bats, Alvarez swung at the first pitch. 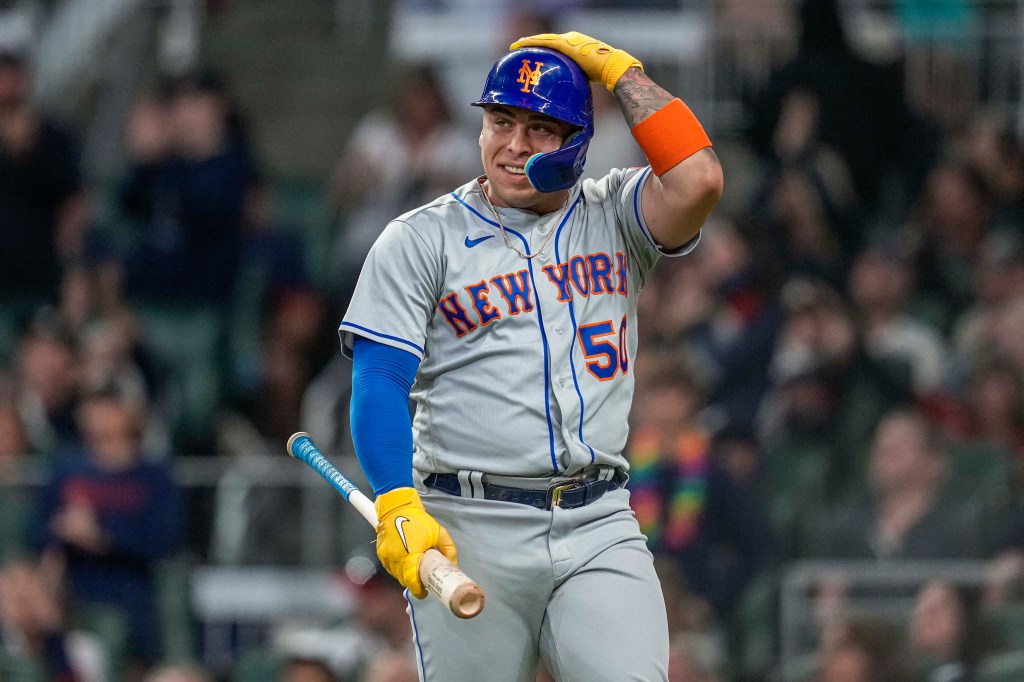 Showalter pointed out that many were strikes, but acknowledged Alvarez’s struggles.

“It’s part of a young player going through it,” Showalter said of Alvarez, who was called up as a righty DH on Friday, when Darin Ruf hit the injured list. “It’s tough because with [Starling] Marte and even [Brett] Baty out and some people, it kind of pushes him there.”

The Mets saw Alvarez, who had posted an .885 OPS in 112 games between Double-A Binghamton and Triple-A Syracuse, as the organization’s next logical righty bat. In his first chances, he showed his youth more than his potential.

On Sunday, Alvarez pinch hit for lefty-hitting Daniel Vogelbach in the fifth inning because the Braves had brought in lefty Dylan Lee. In what was probably his best at-bat, Alvarez fought back from an 0-2 count and worked the count full, but he swung through a slider on the eighth pitch he saw for his third career strikeout.

In the seventh inning, Alvarez, against righty Raisel Iglesias, jumped on a first-pitch sinker and grounded out.

“I saw a young kid that wanted to do something special for the team and himself,” Lindor said of Alvarez, whom the Mets declined to make available to the media after the game. “I’ve never played with him. That might be his approach. That might be the way he attacks pitchers.” 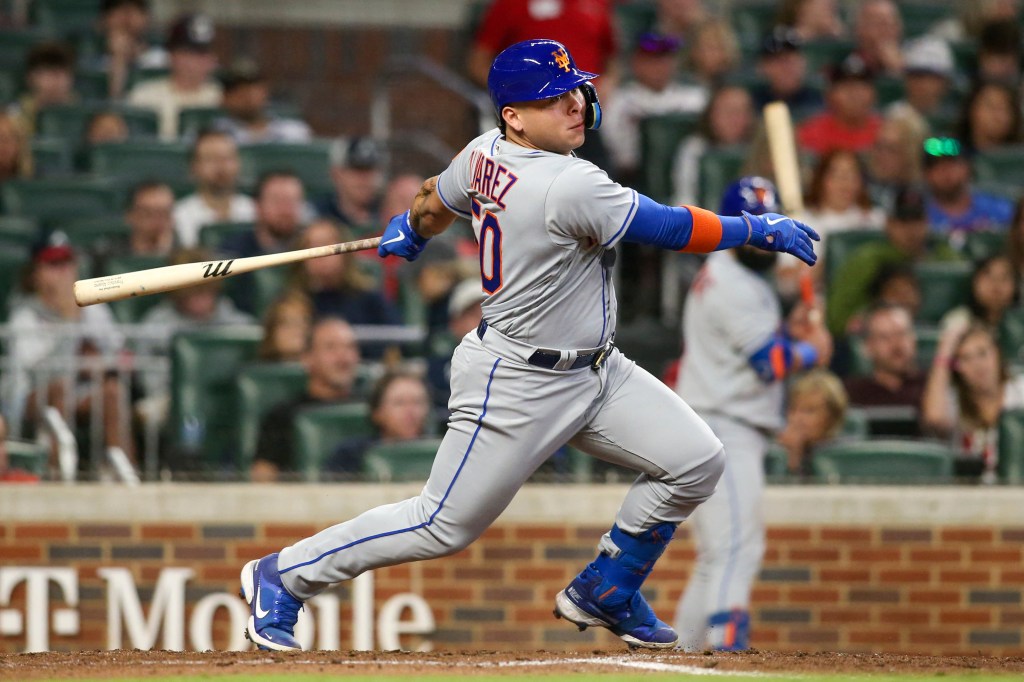 All series, Alvarez was given a steady dose of off-speed and breaking pitches — seven of the eight he saw from Lee were sliders. He will have to earn his way to fastballs.

Tons of minor league standouts struggle upon their first taste of the majors. Few, though, are thrust into the spotlight and called up for the club’s three largest games of the season. The Mets could have given a longer look to Mark Vientos but were too intrigued by Alvarez’s promise. Vientos had two at-bats in the series, grounding out Friday and striking out in Sunday’s eighth inning.

The Mets scored a total of seven runs in the three losses, and the young slugger was not to blame for the sweep. But he was not the rare phenom who excels immediately, either.

“He’ll learn from it and get better,” Showalter said. “He’s going to be a good player.”