Fans in Cleveland can tell you about Francisco Lindor’s postseason exploits:

His .368 average in the 2016 ALCS, which Cleveland rode to a five-game win over the Blue Jays. His three multi-hit games — as a rookie — in the World Series that year, which the Cubs won in seven. The zero errors he has made in 224 postseason innings, all at shortstop.

Fans in Queens have seen that excellence over a full season, but they have not seen Lindor’s next-level skills translate to the next level yet. Friday will not be Lindor’s first taste of the postseason, but it will be his first chance to show Mets fans he is a postseason player.

“I gotta go out there and try to get it done.”

As the Mets open a best-of-three series in the wild-card round against the Padres, they will get their first look at how their $341 million shortstop performs in the game’s biggest games. 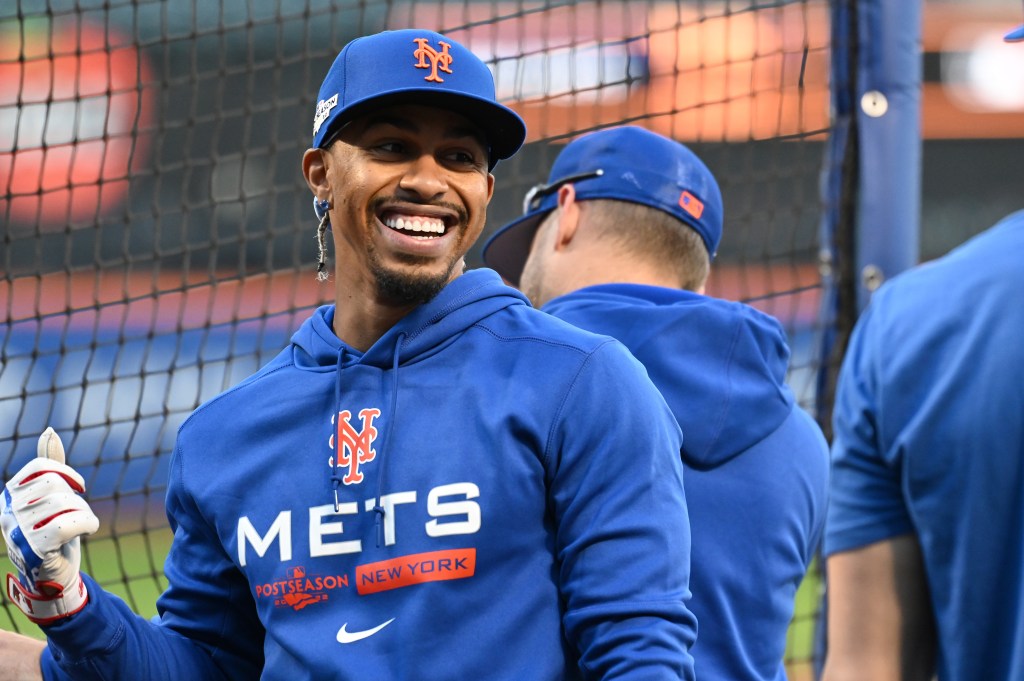 Lindor bounced back from a middling 2021 season to establish himself as one of the Mets’ stars this year. He posted a .788 OPS, knocked 26 home runs and simply showed up more than anyone else on his team, with 161 games played, endearing himself to manager Buck Showalter in the process.

Whether he or Pete Alonso or Max Scherzer or Edwin Diaz is the team’s MVP is debatable. The Mets used several outstanding efforts to win 101 games, coming up just short of the division crown.

Lindor realizes those results will be forgotten quickly.

“A lot of us had good seasons this year. We stayed healthy, thank God. But the postseason’s different,” said Lindor, who played in 25 postseason games with Cleveland, most recently in a two-game, wild-card loss to the Yankees in 2020. “You’ve got to take it day by day, work on your craft, get better, learn from each at-bat. Focus on winning.

“I want to celebrate the last day whether I have a bad postseason or not. I want to be the last team standing. That’s the job description.”

Lindor has made his way to four All-Star Games and has won two Gold Gloves, but he has never met that job description. His Cleveland club came up just short in 2016.

This year, Lindor came up short in the biggest series of the regular season, when he went 2-for-13 last weekend when the Mets were swept in three games in Atlanta.

He said he has moved past that series, which gave the Braves the division, and is looking ahead to the games still to come.

This is when a Cleveland legend can become a New York legend.

“We know not every one of us has to be the hero that day,” Lindor said. “All it takes is that one person getting that one single to get the inning started.”