The final undecided Senate contest in the 2022 midterm elections is still too close to call after polls closed in the Georgia runoff election between Democratic Sen. Raphael Warnock and Republican former NFL star Herschel Walker.

A victory for Warnock, 53, would secure a full six-year term for the incumbent, who won a special election in January 2021 to obtain his Senate seat, and it would expand the Dems’ control of the Senate to 51-49.

The runoff for the full term was forced after neither Warnock nor Walker received more than 50% of the vote in the Nov. 8 midterm election.

While the race was close as of press time, political analysts indicated that the results coming in favored a Warnock victory.

“At this point, turnout in metro Atlanta would need to be unusually rough for Warnock (D) to lose,” election analyst Dave Wasserman wrote in a tweet. “It’ll be a close margin, but he’s in the driver’s seat now.”

Wasserman also pointed out that in several Georgia counties won by Walker his margin of victory is not as much as it was on Nov. 8. 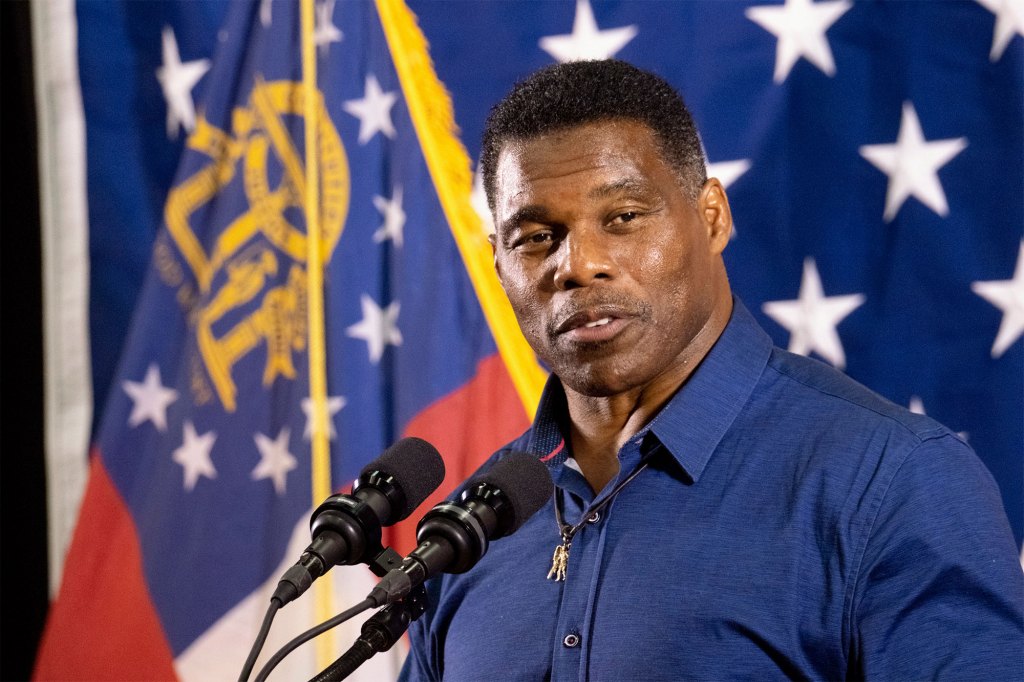 Fellow Morehouse College grad, actor and director Spike Lee, was among those spotted at Warnock’s campaign headquarters Tuesday night hoping to celebrate a potential win by the Democrat.

Walker allies, including former Republican Georgia Sen. Kelly Loeffler, gathered at the College Football Hall of Fame in Atlanta Tuesday night for the campaign’s election night watch party, where the stage was set on a mock football field in front of a large No. 34, Walker’s number when he starred for the University of Georgia football team.

The hotly contested race brought out some of the biggest political guns on both sides, with former President Donald Trump and Republican South Carolina Sen. Lindsey Graham lining up behind Walker, while ex-President Barack Obama and President Biden rallied for Warnock.

Warnock, a former pastor at Atlanta’s Ebenezer Baptist Church, is fighting to keep the seat he won when he defeated Loeffler in the 2021 special election. Loeffler had been appointed to fill the vacancy created by the resignation of ailing then-Republican Sen. Johnny Isakson at the end of 2019.

Leading up to Election Day on Tuesday, early voting in the Peach State set a number of single-day records and nearly 2 million ballots had already been cast before the period ended on Friday.

​According to a RealClear Politics’ average of the polls,​ Warnock had as much as a 5 percentage point lead over Walker heading into Tuesday’s contest.

If Walker pulls out a victory, the 50-50 split in the upper chamber would remain as it has over the past two years, with Democrats relying on Vice President Kamala Harris to cast tie-breaking votes.

Republicans hold a small majority in the House because of the results of the Nov. 8 midterm elections.

Pope Francis consoles Congolese victims: ‘Your pain is my pain’

MLK invoked as Tyre Nichols' life is celebrated in Memphis

Harris mourns Tyre Nichols at funeral and calls for police reform: He 'should have been safe'

16-year-old NYC boy possibly stabbed by other teen in feud over girl: cops

Brooklyn indie rocker gets dead stranger’s ashes in the mail

I dated a guy for 6 weeks, then found out he’s married — here’s how

Save 25% on select Nespresso models from Amazon

Here's how to watch the 2023 Grammy Awards

Pamela Anderson poses in nothing but Rapunzel-length hair extensions

US Denounces Sudan Release of Killer of US Aid Worker

Best deals on mattresses in 2023 ahead of Presidents' Day

Should seniors refinance their mortgage?

Tony Romo opens up on evolving in broadcast booth: ‘Going to fail all the time’

Turkey's Erdogan to Sweden: ‘Don't even bother’ with NATO bid if Quran-burning is allowed

10 best storage containers you can find on Amazon, based on reviews

Guns in the House? A raucous Natural Resources panel debate

What Time Will The ‘On My Block’ Spinoff ‘Freeridge’ Be on Netflix?

Actress, 30, beaten by stranger, diagnosed with brain tumor and run over by car at hospital