As the week begins, they are a full-touchdown underdog, and frankly that feels low. The Giants are 1-3-1 in their last five games, and the arrow is teetering downward, if not trending due south. The Eagles have responded the last three weeks after suffering their first loss by going 3-0, and scored 75 points the past two weeks.

But the game, The Post has learned, will not be played at 30,000 feet. It will be played inside MetLife Stadium, with a full house on hand. The early forecast says it’ll be around 35 degrees around 1 o’clock Sunday, no rain but enough of a bite in the air to make it feel the way Giants-Eagles ought to feel.

They have. The Eagles are the class of the NFL right now at 11-1, they have excellent players all over the field, both sides of the ball, and a quarterback in Jalen Hurts who has, quite remarkably, elbowed his way into the league’s MVP conversation alongside the usual surnames of Mahomes and Allen. The Bills and Chiefs remain the betting favorites to win the Super Bowl, but you keep your money away from the Eagles at your own risk.

They’ve been that good.

They are that good.

But this is Giants-Eagles. This is New York-Philly. This is a Giants team that has across 12 games and 13 weeks demanded to be taken seriously, even as they’ve watched their ancient antagonists 90 minutes south take the NFC by storm. All week the Giants will pay proper respect to the Eagles, because that’s how they do business.

All week we will be reminded how good the Eagles are. Because they are.

But it will be cold and loud inside MetLife Sunday. The Giants still know that a playoff game is within their reach, and more: right now, their first-round game would be against the 49ers, who are playing as well as anyone but who will be quarterbacked for the foreseeable future by Brock Purdy, the Mr. Irrelevant of this year’s draft. 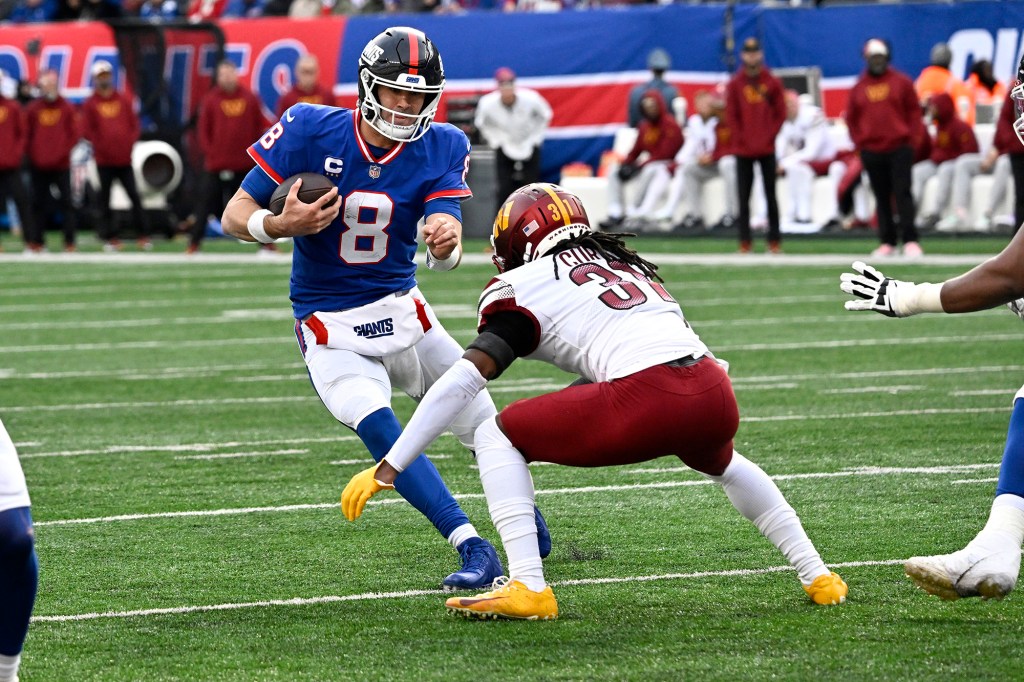 “Everything we want to accomplish,” quarterback Daniel Jones had said Sunday, after the 20-20 tie with the Commanders, “is still there for us.”

It starts Sunday. It starts with the Eagles, which is as good a place as any to start, since just the appearance of that team on the floor of MetLife will roil the stomachs of Giants fans. You can get different Giants fans to give you different reasons why Washington or Dallas qualifies as their most hated team, and those are fair arguments.

But the Eagles are Chuck Bednarik, pumping his fist joyfully over an unconscious Frank Gifford at old Yankee Stadium. The Eagles are Herman Edwards, scooping up an impossible fumble and scampering into the end zone at old Giants Stadium. The Eagles are DeSean Jackson, roaring 65 yards for a walk-off punt-return touchdown at brand-new MetLife Stadium and wrecking an entire season for the 2010 Giants. 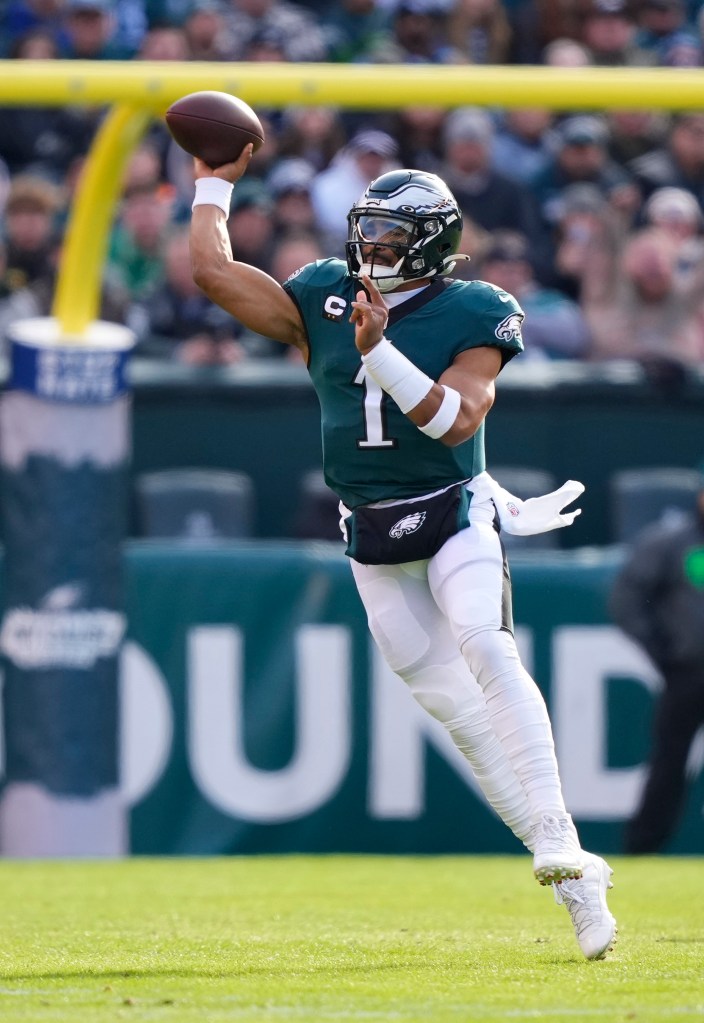 The Eagles are all of that. Recently they were 8-for-8 against the Giants in the years that coincided with the Giants falling from glory to garbage. The Giants have won two of the last three, though. And if the NFC is going to have to go through the Eagles, well, the Giants will have to figure them out at some point.

Why not this point?

“I think [Eagles GM] Howie [Roseman] has done a great job of putting together a bunch of talent there on that team,” Daboll said. “Jalen is playing phenomenal. Those receivers, they’re exceptional, O-line, defensive line, corners. They’ve got a star-studded cast.”

But you know where Daboll’s mind will be. He has said all year he breaks the season down into quadrants: the Giants were 3-1 the first four, 3-1 the second four, and have now been 1-2-1 the last four. Sunday starts the final quadrant (plus one) of the year. No better time than now to finally see what you look like lined up against the Damned Iggles.

It is. No argument here, no argument anywhere. Still, Sunday will be Sunday, December in the old Meadowlands, highs in the 30s and two ancient enemies eager to bloody each other up in the frost. Yeah. A touchdown spread feels right at 30,000 feet. On the ground? Let’s wait. Let’s watch. Let’s see.