The Giants’ receiving corps either is about to be ridiculously short-handed or get the boost of speed that it so desperately needs.

It “does not look promising” that Kenny Golladay (knee) will be available Sunday against the Packers, head coach Brian Daboll said, but Wan’Dale Robinson (knee) and Kadarius Toney (hamstring) are “making progress” after missing the last three and two games, respectively.

Already without Sterling Shepard, the Giants went until the final minute of the first half of their win against the Bears without a receiver touching the ball. The trio of Richie James, Darius Slayton and David Sills combined for three catches for 25 yards, while Golladay went a third straight game without a catch.

Robinson, the rookie second-round pick, made one catch for 5 yards before he was hurt in the season opener. Toney, the 2021 first-round pick, has four touches from scrimmage for 23 yards. But both have the sudden explosiveness that the $72 million free-agent signing Golladay and others are missing, and their return could open up the box for Saquon Barkley to run.

“We’ll see where they’re at once we get done” with the week of practice,” Daboll said. 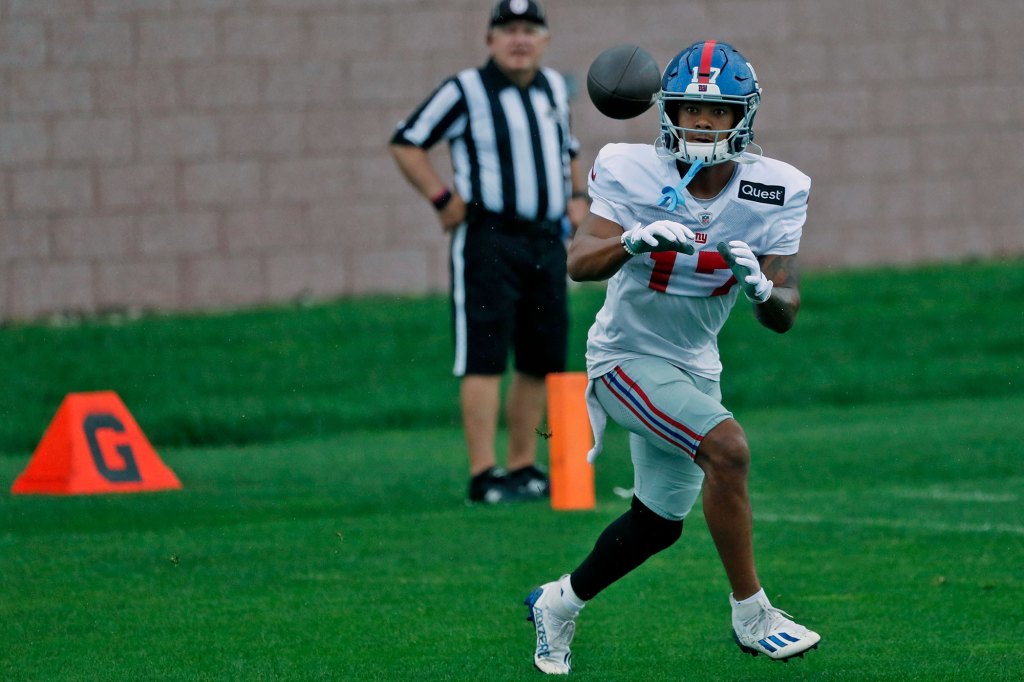 Daboll’s injury recap Monday included bad news on CB Aaron Robinson (knee) and DL Henry Mondeaux (ankle), who both are “probably not” playing this week. Mondeaux’s injury is not season-ending, Daboll said, as initially feared when the cart came on the field,

The outlook is more optimistic for RT Evan Neal (neck), RG Mark Glowinski (ankle) and OLB Kayvon Thibodeaux (back), who “should be OK.” There is more uncertainty around OLB Azeez Ojulari (calf) and S Julian Love (concussion protocol).

The Giants still held the Bears without a touchdown despite seemingly losing a new player every defensive series.

“It sucks, but you just got to be prepared for it,” LB Tae Crowder said. “Next-man-up mentality and whoever’s out there, just keep it rolling.”

The Giants signed LB A.J. Klein to the practice squad, The Post confirmed. Klein, 31, has played in 134 career games (80 starts).

Klein originally was drafted as a fifth-round steal by general manager Dave Gettleman to the Panthers but spent the last two seasons with Daboll and Giants general manager Joe Schoen in the Bills organization.

Landon Collins — who made three Pro Bowls as a safety for the Giants and was a 2018 captain — was part of a group workout Monday night at the team facility, as first reported by ESPN. Collins signed a record-setting six-year, $84 million free-agent contract with the Commanders in 2019 but was cut in March after reportedly refusing to accept a pay cut.

If the Giants and Collins reunite, he probably would have to drop his past resistance to playing inside linebacker because defensive coordinator Wink Martindale uses safeties as hybrids. The 28-year-old former second-round pick, who finished the last two seasons on injured reserve (torn Achilles in 2020 and foot injury in 2021), also would not find a single remaining defensive player from when he left.

Collins’ workout already was arranged prior to the rash of injuries, Daboll said.