There are six games remaining in a season brimming with success that no one saw coming, which does not mean what comes next is any sort of bonus round for the Giants.

It is important for a team that won seven of its first nine games not to nosedive in the second half of the season. It is important for first-year head coach Brian Daboll to steer his team away from the icebergs that can sink the Giants. Daboll, though, has the look and feel of a keeper and he will be back in 2023 no matter what transpires down the stretch.

The best way for Jones to ensure the Giants come to the conclusion they need him back is to halt the two-game losing streak dead in its tracks and open up December with a victory to propel the team to a strong enough closing run to get into the playoffs for the first time since 2016. The Giants’ game Sunday will be career start No. 49 for Jones and nothing that came this late in seasons past has held more significance than the clash with the red-hot Commanders at MetLife Stadium. 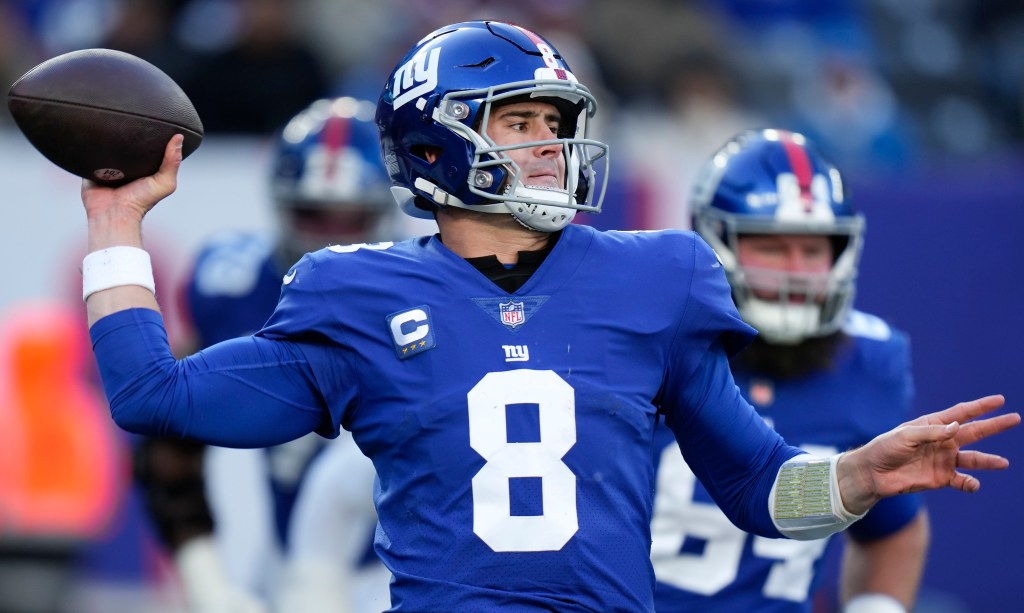 “We’re extremely excited,’’ Jones said with his usual not-very-excited tone of voice. “We’re fired up, ready to go. It’s a divisional game, a meaningful game in December. This is where you want to be, these are the games you want to play in. We’re all fired up and can’t wait to get out there.’’ 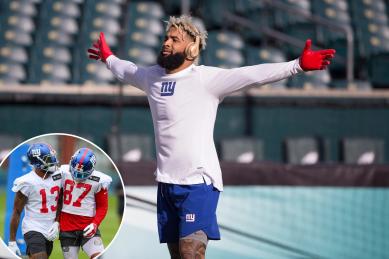 The Giants (7-4) hold down the No. 6 seed in the NFC postseason standings; the Commanders (7-5) are in the final playoff spot at No. 7. This will be the first of two Giants-Commanders games in three weeks. The teams are coming at each other moving in different directions: The Giants have lost back-to-back games for the first time this season and the Commanders have won six of their last seven games. The resurgence has corresponded with the elevation of Taylor Heinicke to starting quarterback.

Can Jones ignite a similar spark for the Giants?

Perhaps even more critical to the Giants’ cause, Jones has put his speed and athletic ability on display against Washington with aplomb. He has rushed for 74 and 95 yards in games against Washington. If he does not find some daylight with his legs in this game, it seems inevitable that the Giants, and Saquon Barkley, will struggle. Without at least some of the attention of the talented Commanders’ defensive line directed to Jones and the option attack to the edges, where will Barkley find the room inside to churn for yards?

“I think defenses have done a good job of defending that,’’ offensive coordinator Mike Kafka said. “When we look at the schemes of how we get DJ on the perimeter, some teams might play the defensive end just a little bit different so that they take away the QB run if that’s being effective. We got to be flexible and create complements off of those things. That’s where we’re at right now within the season is what are we doing really well, how can we build complements off those things? And then we have to go and execute it.’’

Anything the Giants achieve the rest of the way will be earned. They will finish up the season with the most difficult remaining schedule in the league. Their opponents have a current winning percentage of .688.

“This is where you want to be,’’ Jones said. “These are the games you want to play in and to be part of it is exciting’’