A quarterback who relies on his arm and his head can play despite a sprained ankle, unless it is so severely sprained that he cannot move at all.

Eli Manning could start a game with a mildly sprained ankle. So could his big brother, Peyton. Delving back into the not-so-distant past with the Giants, Kerry Collins could get out there with a sprained ankle. Kurt Warner, too.

Daniel Jones has a sprained ankle and he is not a quarterback who is at his best residing in the pocket and slinging it snap after snap. His legs are as important to his success as his arm or his head — especially with this particular team. This is why unless he can absolutely, positively run and scramble and maneuver with all his usual speed and elusiveness he should not take the field Sunday against the Packers at Tottenham Hotspur Stadium in north London.

Head coach Brian Daboll confirmed on Monday that Jones came out of the unusual 20-12 victory over the Bears with a sprained left ankle. He did not say if it was a dreaded high ankle sprain.

How that goes will not be some great mystery. Jones was forced out of the game after getting sacked late in the third quarter. He returned only because Tyrod Taylor, with 8:55 remaining, ran for a first down, was hit by rookie cornerback Kyler Gordon with a helmet-to-helmet shot — Daboll called it a clean play — and left with a concussion. Jones was used as a decoy, split out wide as a receiver as Saquon Barkley played Wildcat quarterback, and later Jones went behind center to hand the ball off three times to Barkley. Jones admitted his ankle was hurting and he could not run. 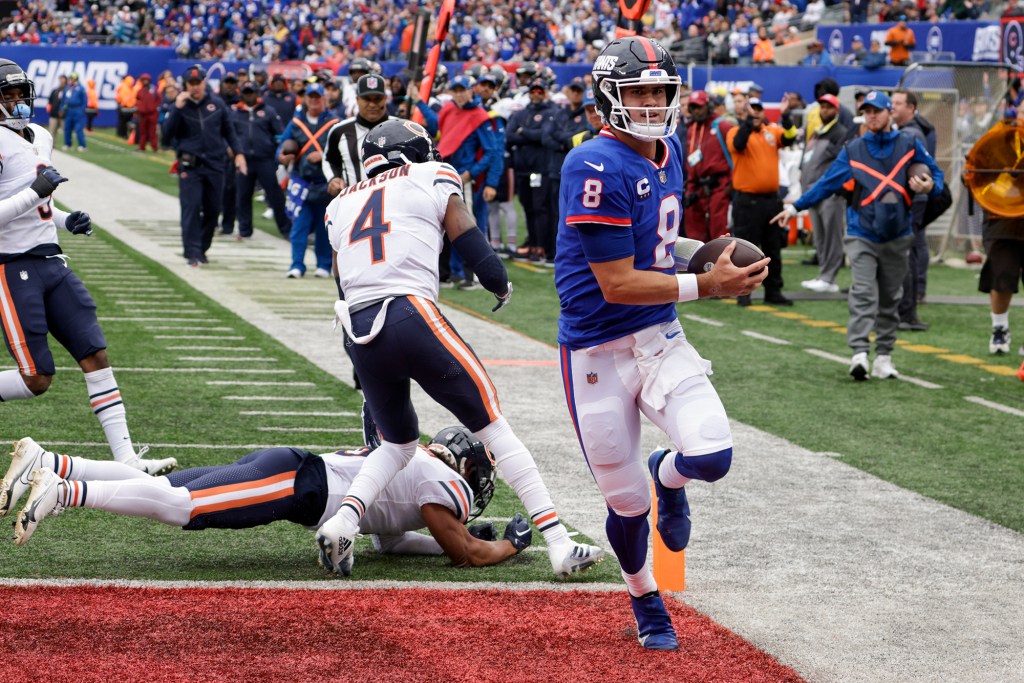 He is unlikely to be fully recovered in one week’s time. Putting him out there without his complete physical arsenal is not going to work.

Jones in 2020 strained his hamstring while scrambling in a loss in Cincinnati and had to sit out the following week. Joe Judge should have sat Jones a second game, but the Giants rushed him back, even though it was clear he could not run or escape from trouble in the pocket. It was a disaster. Jones was immobile and helpless, was sacked six times, fumbled three times and completed only 11 passes in a desultory 26-7 loss to the Cardinals at MetLife Stadium. For the first time in his career, Jones did not have a single rushing attempt.

“We knew that there were things that were going to come up in the game, some limitations he was going to have throughout the game,’’ Judge said at the time. “We were willing to live with those.’’

These Giants should not be willing to live with those limitations. They are 3-1, remarkably, mainly because Daboll and his staff have schemed the heck out of every game, devising plans of attack specific for each opponent and navigating around glaring deficiencies.

In Week 4, Daboll essentially shoved the marquee position of wide receiver to the back of the stage, resigned to the chorus, which is not supposed to work in today’s NFL. Getting three completions for 25 yards from the wide receivers is not a sustainable offensive approach. So be it.

Daboll is way ahead in the rebuilding project he took over. His team has scored 76 points and given up 71 points. Every game is an exercise in tightrope walking.

If Jones cannot run or at least be a threat to run, the Giants cannot even get to the 19 points a game they are averaging. Perhaps Taylor is cleared or else the Giants give Davis Webb his first NFL start. Either way, the season is not going to come crashing down if Jones misses one game on foreign soil. 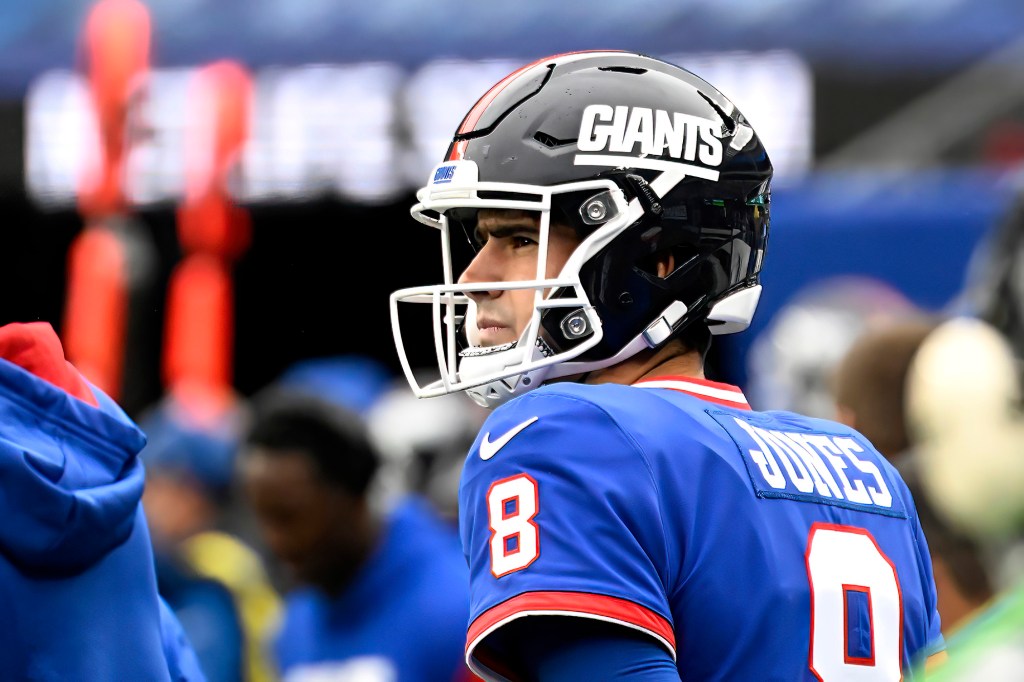 “He can throw it from the pocket just fine,’’ Daboll said. “Obviously he has another skill set that you can utilize, whether it’s move the pocket or some zone reads. So the first thing we do is make sure he’s as healthy as can be and if he can do the things we need him to do for that game plan then we talk about it. If he can’t, then he can’t.’’

He probably can’t and if that’s the case, he shouldn’t.