Sterling Shepard, on Wednesday speaking publicly for the first time since he tore the ACL in his left knee with 1:11 remaining in the Giants’ Monday night loss to the Cowboys on Sept. 26, vowed to return to the field.

“Dang right,’’ the 29-year-old receiver said. “I’m a fighter. I want to go out on my own terms. I don’t want something like this to make me go out. So, I’m going to fight to get my body back to where I can perform and get this thing good.

“There is a grieving period and you have a lot of stuff flying through your head, but when you get time to settle down and what you really want, the next day it hit me. I was like, ‘You know what? I’m not going to let this get me down. I’m going to fight through it. I’ve done it once; I can do it again.’ ’’

Shepard, the longest-tenured player on the Giants, missed last year with a ruptured Achilles and made it all the way back to play only to lose yet another season.

“Obviously, just coming off my Achilles and having to deal with the ACL is no fun,’’ Shepard said. “But I just try to come in with a positive attitude. I feel like that helps the recovery process. You take a day of grieving, and it’s time to move forward.’’ 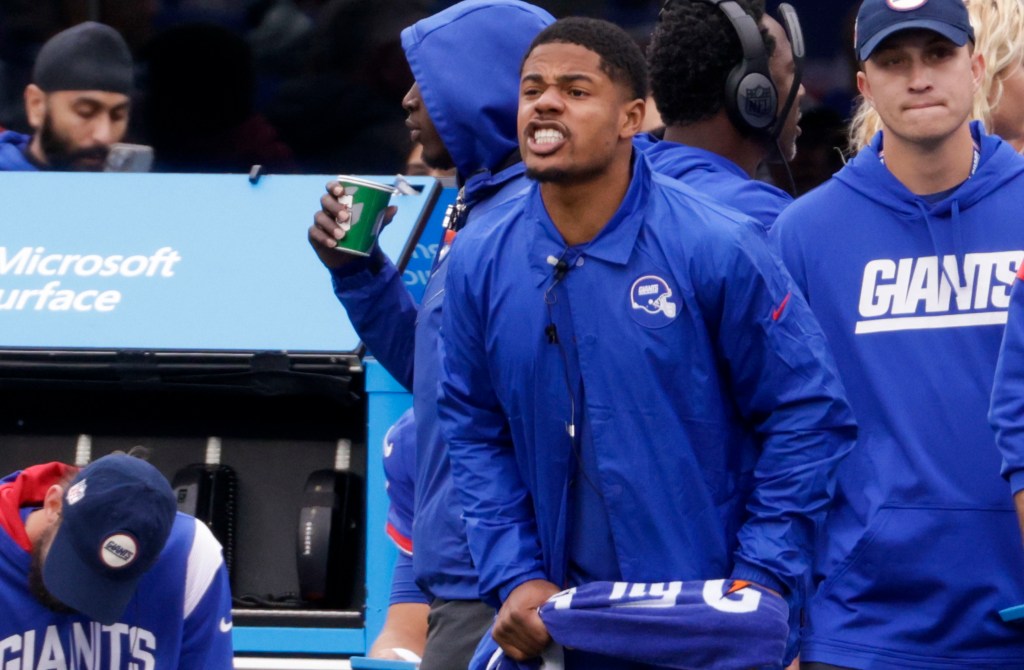 Shepard revealed that he believes he tore the ACL a couple plays before he fell to the turf simply jogging away from the play.

“It was really weird,’’ he said. “I think I actually partially tore it probably like two plays before that. I think I partially tore it. I kind of got up, and my knee did something funny. I was just like, ‘Forget about it,’ and keep on pushing.

“The next play actually got blown dead, which in hindsight I’m kind of happy about because I was about to have to stick off my left and hard cut. And the next play I was literally just jogging. It just slid on me and popped.’’

When Shepard, whose contract is up at the end of this season after seven seasons with the Giants, was asked if he wonders whether he’ll be playing somewhere else in 2023, he said: “I’ll let that take care of itself. All I can do is focus on every day that I have and each day coming up. So, that’s what I’m going to focus on — just putting one foot in front of the other and focusing on the small wins right now. So, I don’t want to get too far ahead of myself.’’

He said, though, that he obviously feels an allegiance to the Giants.

“They didn’t have to give me another shot to come back off that Achilles, and they did,’’ he said. “And I can’t thank this staff and ownership enough for the opportunities that they’ve given me. I feel like I owe so much to them. I want to give them my all. I don’t want to go out like this. I’m going to fight. I’m a fighter. So, that’s what I’m going to do.’’

Coach Brian Daboll said Toney, who the Giants need on the field for his big-play ability, “is making progress.’’

“He’s one of the best to ever do it,’’ Daboll said. “He’s fun to watch when you’re not getting ready to play him. I’ll be watching their offense and naturally you’re just watching [number] 12 and the things he does, how he moves people, the accuracy, off-schedule plays, and checks and things he does.

“He’s as good as it gets and he’s a hard quarterback to defend. He’s impressive.’’