Kay made the announcement in a video posted to Instagram.

In the video, Kay was standing on a football field wearing Webb's jersey as she pointed to the sky. Her loved ones then came up behind her and poured blue Gatorade on her, revealing that she will mother a boy.

Later in the video, Kay released several blue balloons into the sky. 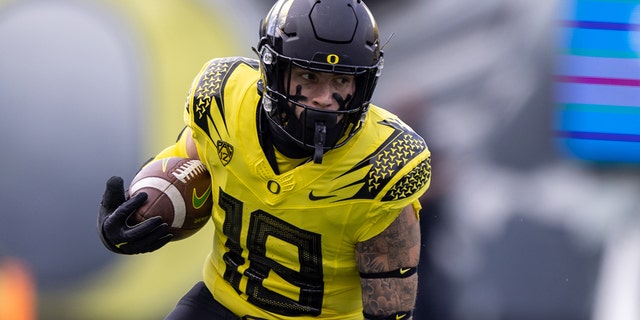 Spencer Webb of the Oregon Ducks runs with the ball against the Colorado Buffaloes at Autzen Stadium on October 30, 2021 in Eugene, Oregon. He died in July in a cliff-diving accident.  (Tom Hauck/Getty Images)

"I know you picked him out to protect me. He's gonna be a legend just like his daddy. I love you both forever," Kay wrote in the Instagram caption.

Kay had announced in August that she was pregnant with Webb's baby, a month after the football star died during a cliff-diving accident at the age of 22. He had fallen and hit his head near Triangle Lake, about 35 miles from the University of Oregon's campus in Eugene.

"We created an angel before heaven gained one," she wrote on Instagram at the time. "All you ever wanted was to be a father… I know you’ll be the best one from up above. Can't believe I have to do it without you but knowing I'll have a piece of you keeps me going. I can't wait to meet the person that's half you, half me. I love you forever, both of you." 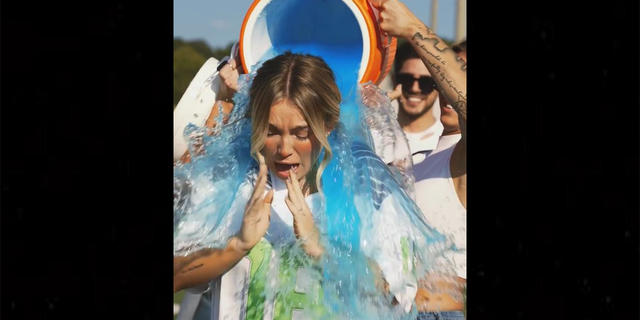 Kelly Kay had announced in August that she was pregnant with Webb's baby, a month after the football star died during a cliff-diving accident at the age of 22. (Instagram/Kelly Kay)

After Webb died in July, Kay made an emotional Instagram post in remembrance of her late boyfriend.

"My best friend my twin flame the love of my life," she wrote in the caption. "I've never loved anything as much as i love you. You were my everything, you gave me purpose, you showed me what it’s like to be cherished and valued and seen for me." 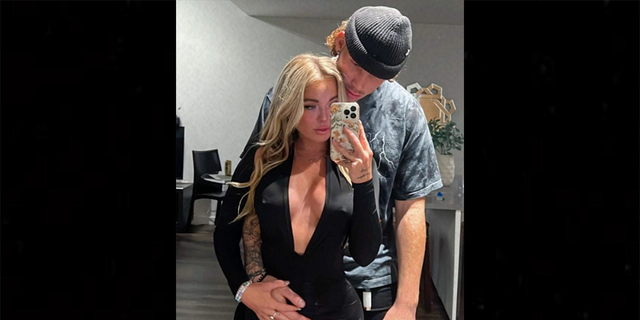 After Webb died in July, Kay made an emotional Instagram post in remembrance of her late boyfriend. (Instagram/Kelly Kay)

"We had so many big plans," Kay continued. "I don't know where to go from here but I know you'll be watching over me keeping me strong. You always put everybody else before yourself and I'll try to hold the same kindness in my heart."