“Good Morning America” will not punish T.J. Holmes and Amy Robach for their alleged affair, Page Six has learned.

An ABC staffer confirmed to Page Six that there will be no disciplinary action taken against the “GMA3” co-anchors.

“All they care about is the ratings,” our source shares. “This is ratings gold. That’s why [ABC News President] Kim [Goodwin] wanted them on the show today.”

The insider adds that there was a meeting last night, during which employees were told to stick to the status quo and pretend like everything is “normal.”

ABC News did not immediately respond to Page Six’s request for comment.

TMZ was the first to report that “GMA” wouldn’t be punishing Holmes, 45, and Robach, 49.

During Thursday’s broadcast, the hosts — who are still both married to different people — completely ignored their alleged entanglement.

The pair were back on air as normal, with Holmes asking, “Who is looking forward to the weekend?”

Holmes hosted their show solo on Wednesday, hours after the Daily Mail obtained photos of the daytime TV personalities getting cozy on various New York outings.

“Welcome to ‘GMA3’ minus two,” the Daytime Emmy nominee joked at the time. “Ain’t that something?

“Yes. Robach is not here,” he continued. “Dr. [Jennifer] Ashton, not here. Stuck with me, folks.” 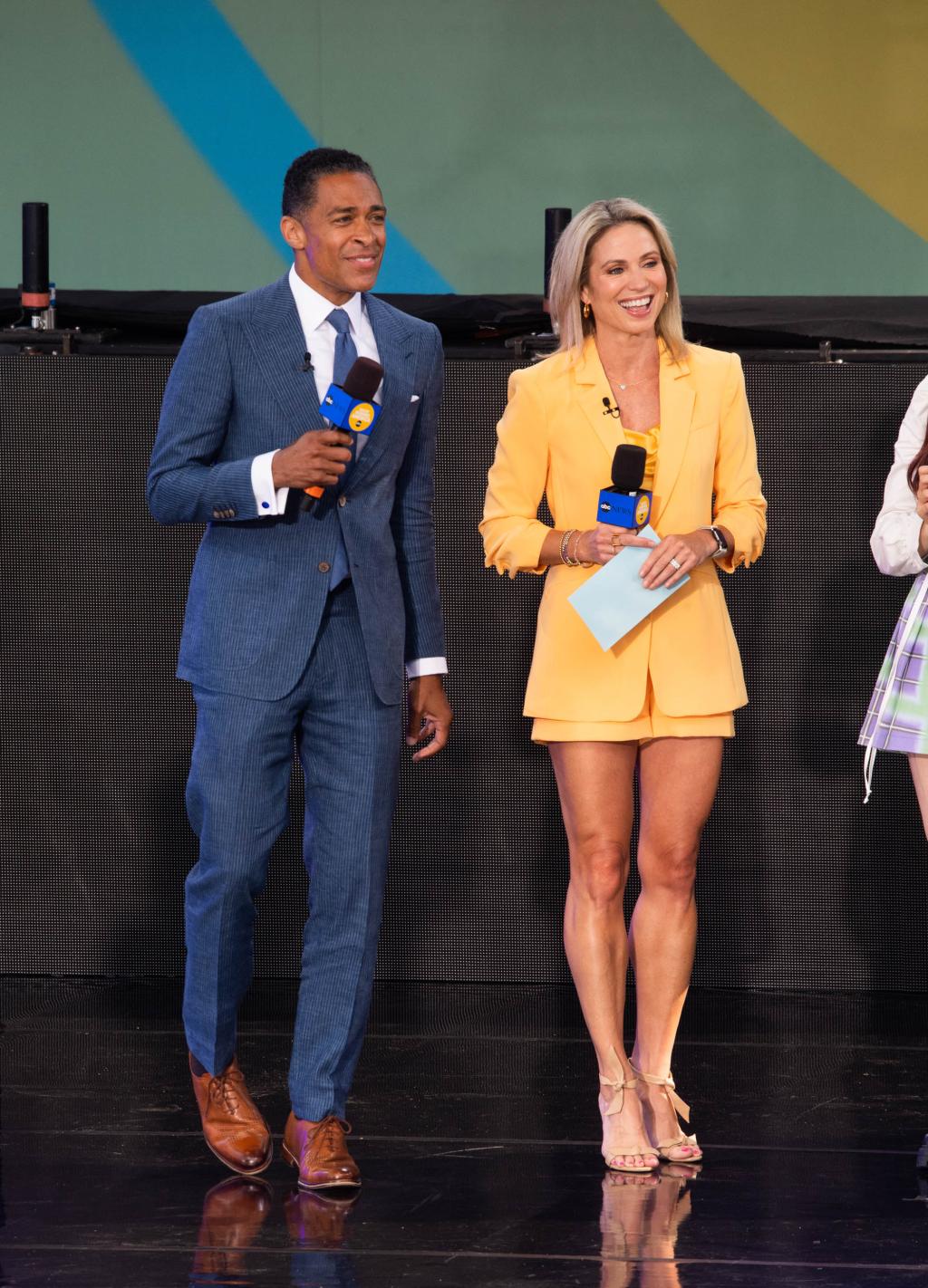 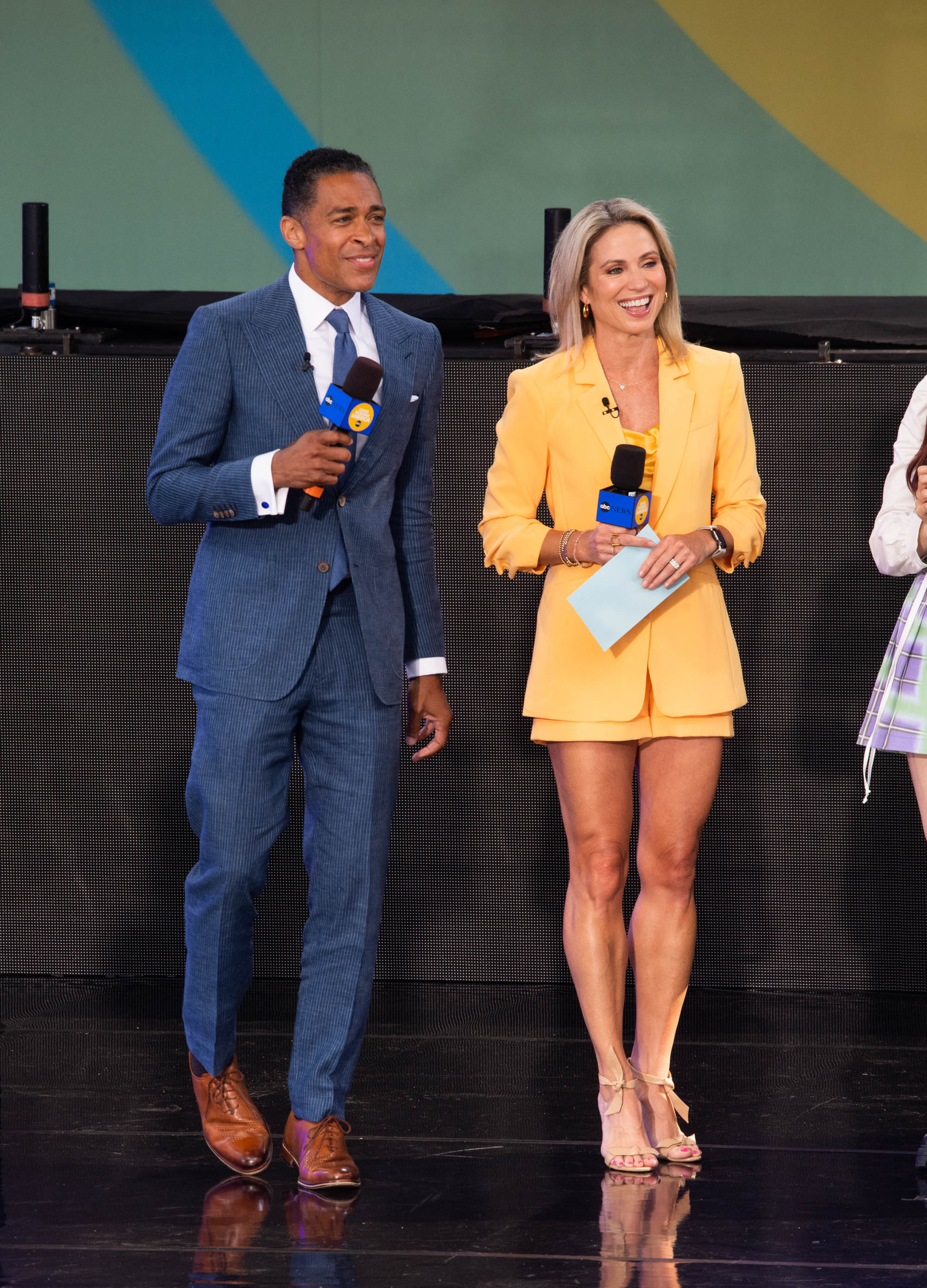 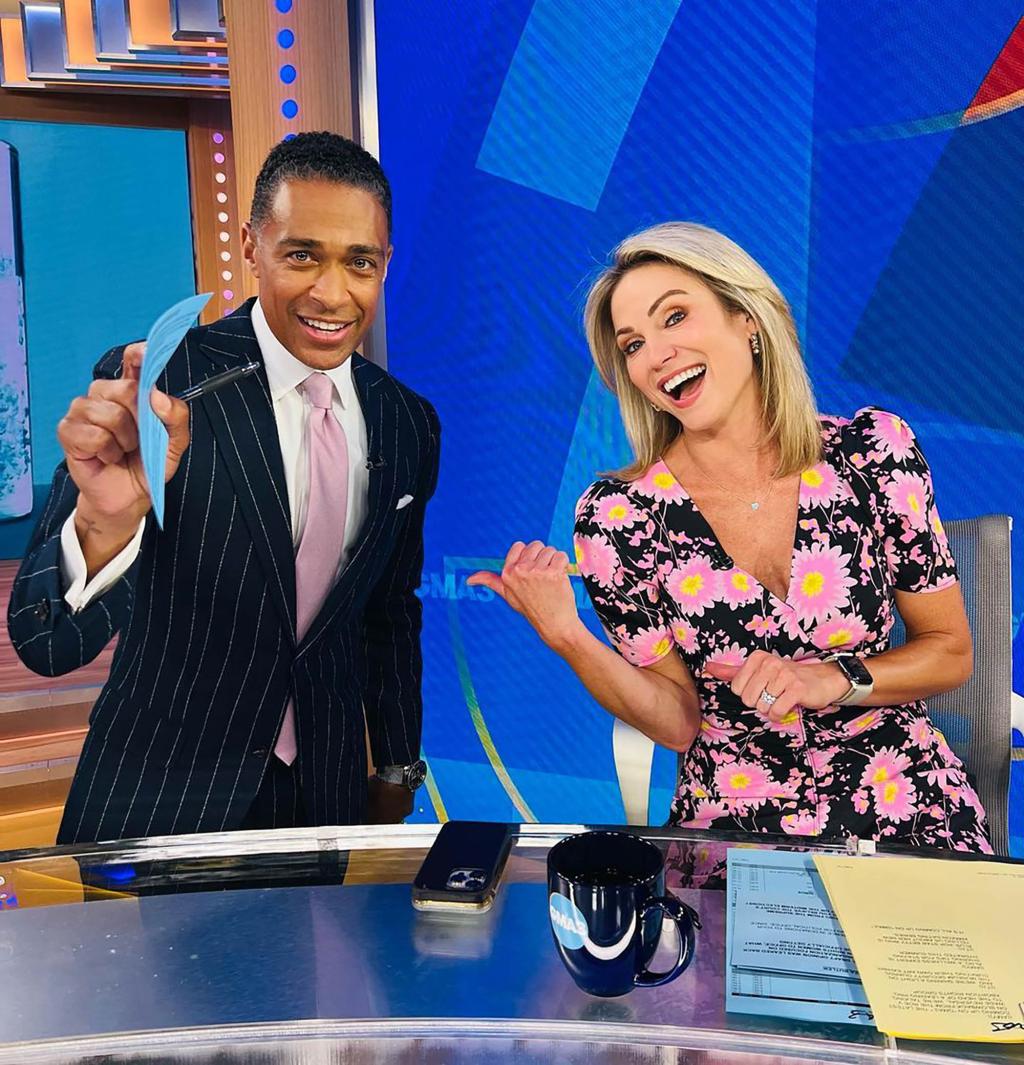 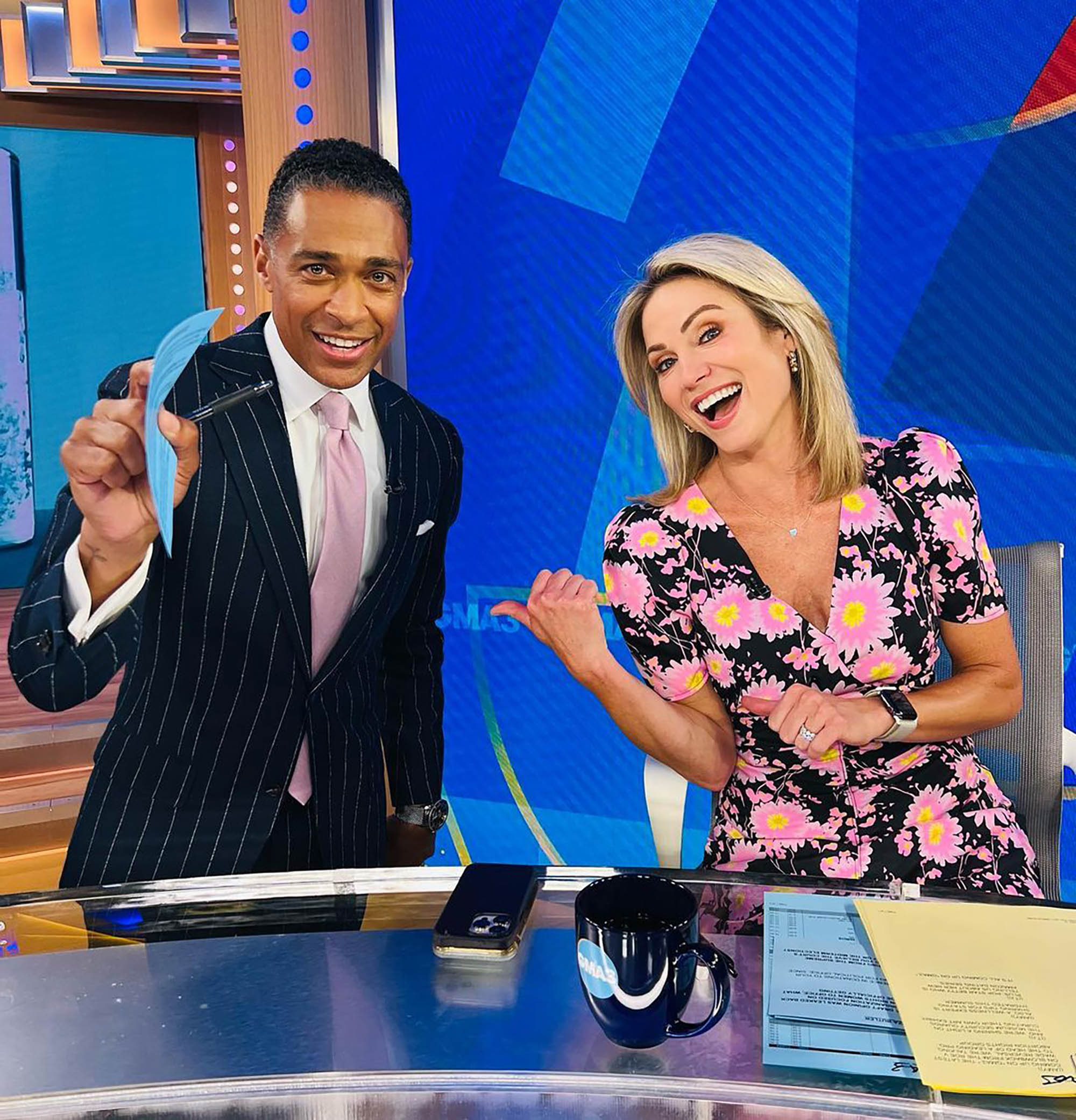 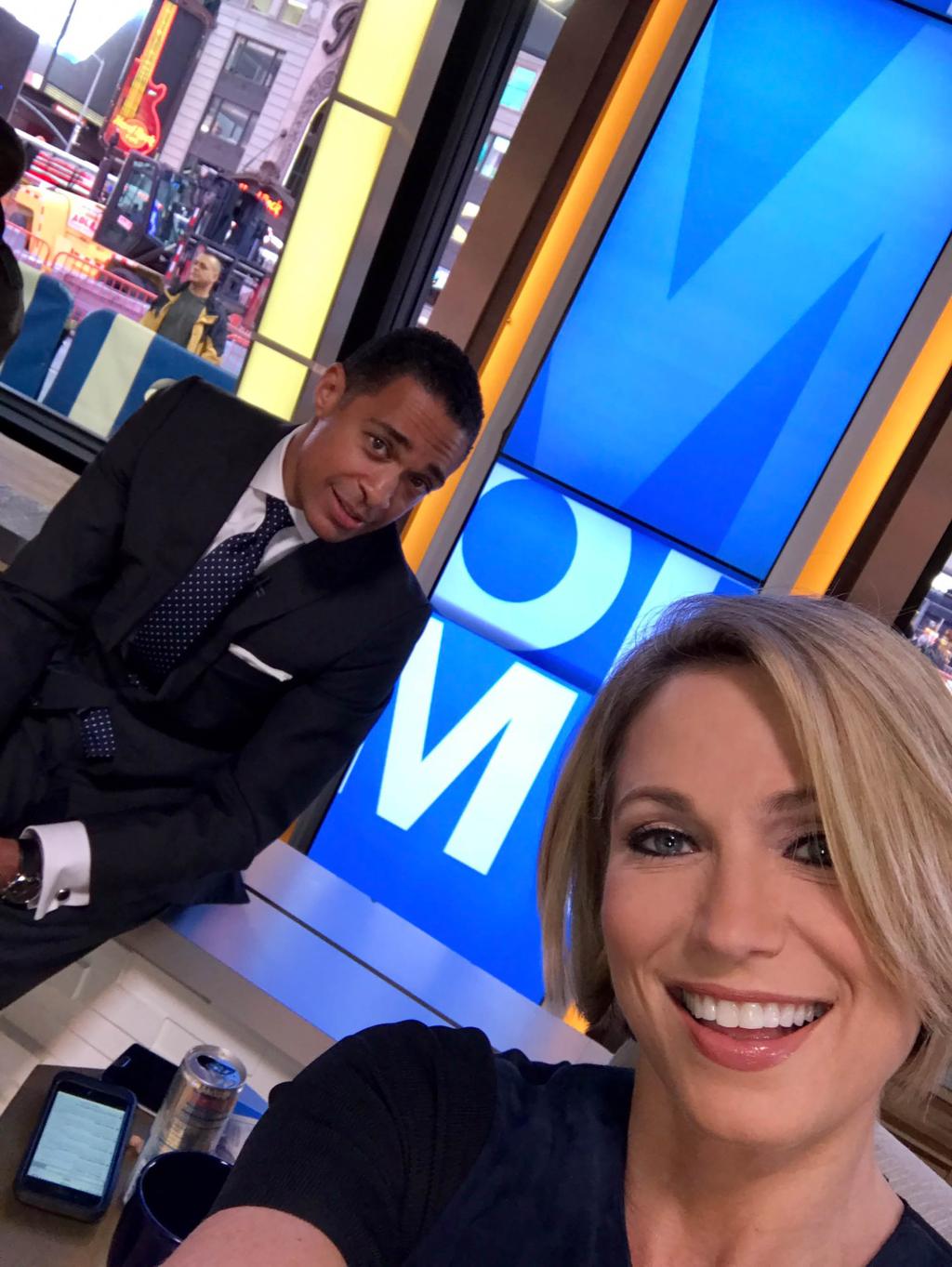 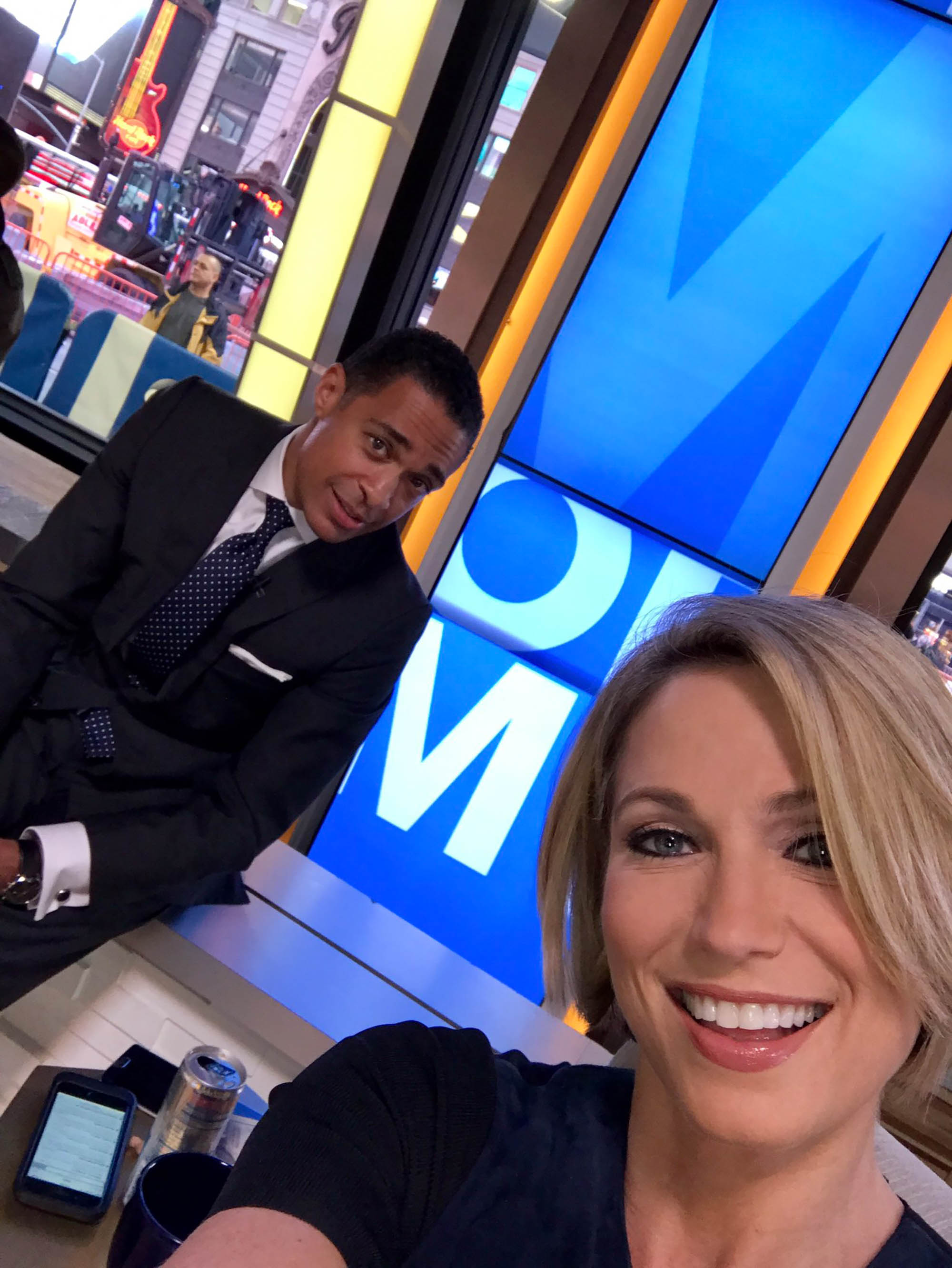 A source previously told Page Six that Holmes and Robach “were ready and totally fine to go on air” by Thursday, though.

“Their attitude seems to be that they are both separated, and now they are together,” the insider elaborated. “So there’s nothing to hide.”

Holmes and Robach — who have each deactivated their Instagram accounts in the wake of the scandal — reportedly began their romance in March while training together for a half marathon.

They reportedly split from their spouses in August amid the months-long affair.

Holmes has been married to Marilee Fiebig, with whom he shares 9-year-old daughter Sabine, since March 2010.

For her part, Robach married husband Andrew Shue in February 2010, and their divorce is “almost finalized,” a source recently revealed to Page Six.