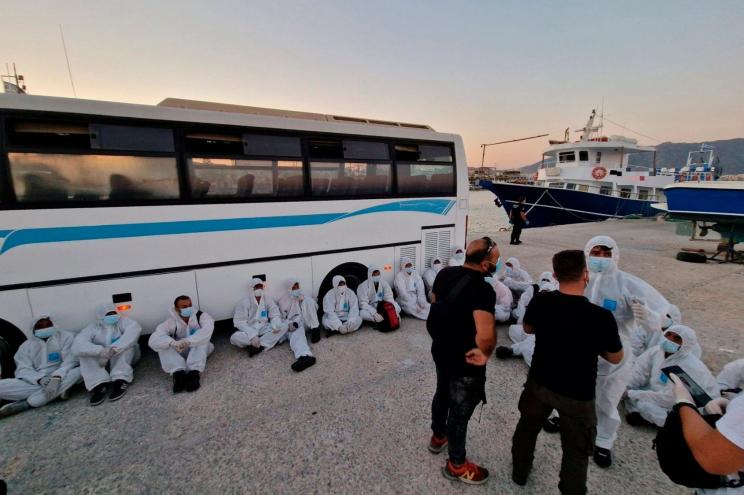 Migrants arrive at a port on the southeastern Aegean island of Kos, Greece, after a rescue operation on 10 August 2022. AP

Greek authorities found the boat they were on in heavy seas off an island in southeastern Greece. It said the search and rescue operation for dozens of migrants missing after the sinking continued for a second day.

Three merchant ships were on Thursday searching for about 30 to 50 people believed to have gone missing on a ship from Antalya's Turkish coast to Italy early Wednesday capsized.

No further survivors have been found since her 29 men were rescued from Afghanistan, Iran and Iraq shortly after the boat sank about 38 miles southeast of Karpathos. , said the Greek Coast Guard. Survivors told authorities that there were between 60 and 80 people on board in total.

Greek authorities said the capsizing occurred on the high seas but within Greece's area of ​​responsibility for search and rescue. 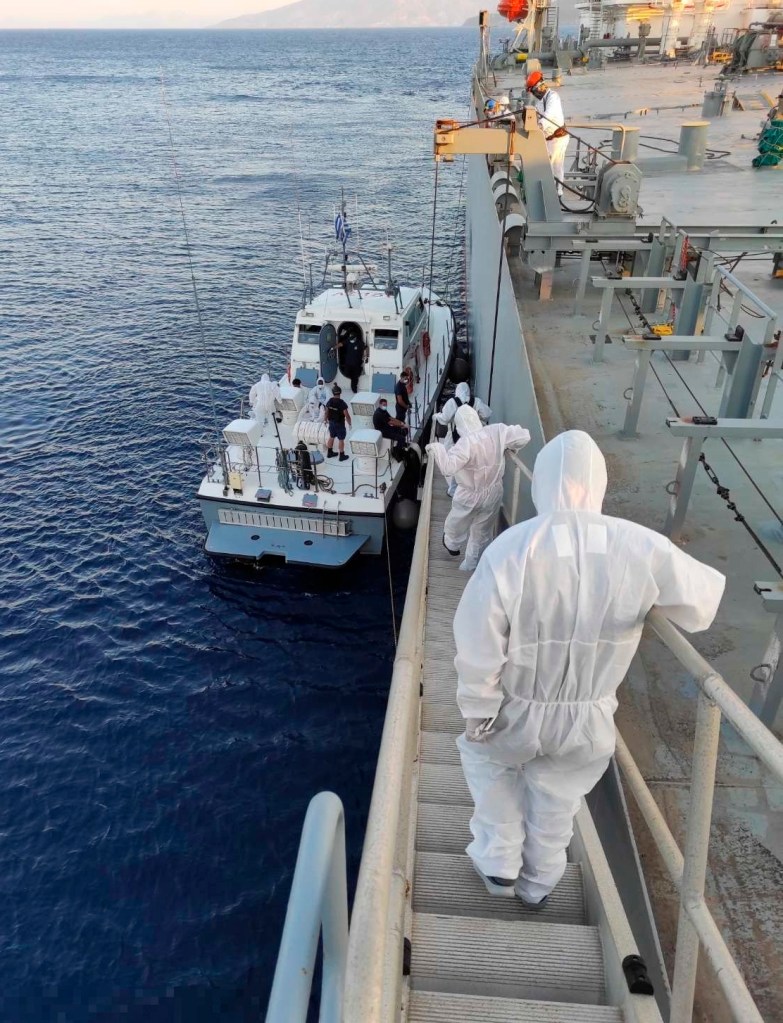 Two of the survivors were pulled from the sea by Air Force helicopters. , flew. The remaining 27 were picked up by a merchant ship and taken to Kos, where they arrived Wednesday afternoon.

A video released by the Coast Guard showed a man being transferred from a merchant vessel to a Coast Guard boat and taken to Kos. Wearing white coveralls and masks, they disembarked there, many limping but all walking unaided, and made their way to waiting buses.

It was not immediately clear why the boat sank, but officials said weather conditions in the area were rough, with strong winds and rough waves. 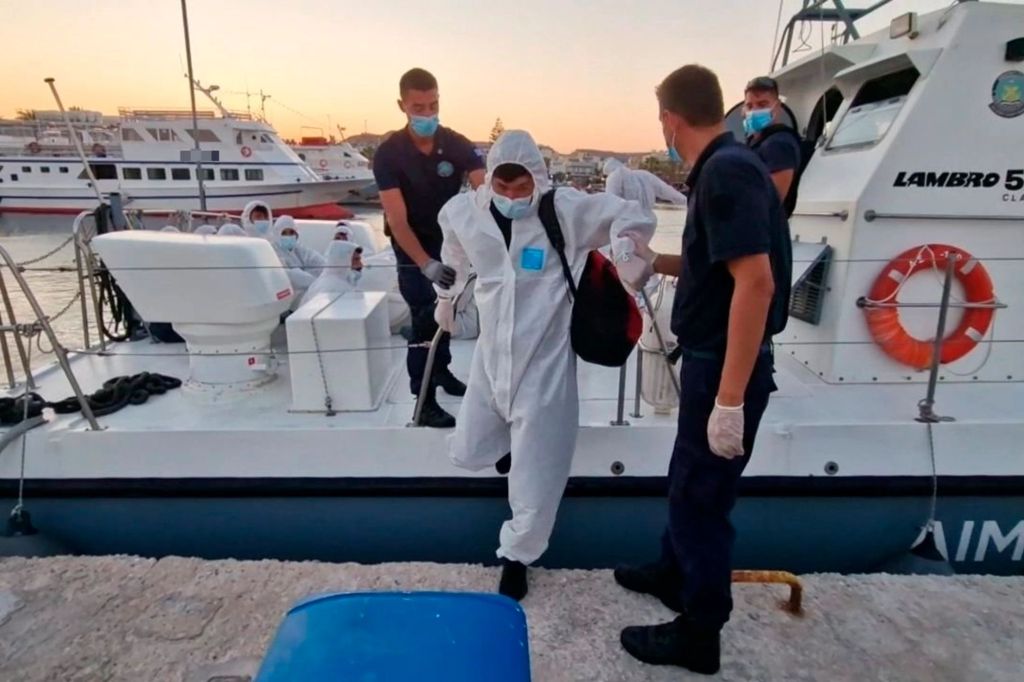 Most common sea route for asylum seekers from the Middle East, Asia and the Middle East . Africa continued from Turkey to the Greek islands near the Aegean Sea.

However, Greek authorities have stepped up patrols in the region and are facing continuing reports of new arrivals being summarily deported to Turkey without being granted asylum applications. So many are now trying the much longer and more dangerous direct route to Italy. Greek authorities deny that they carry out illegal summary deportations of asylum seekers.