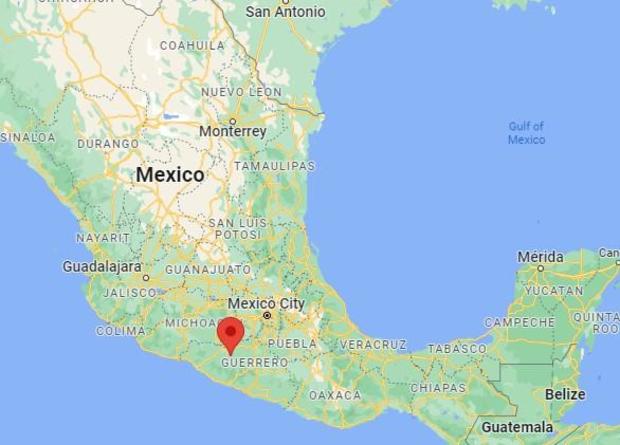 Mexico City — Attackers gunned down a mayor, his father and 16 other people in the southern Mexico state of Guerrero on Wednesday, authorities said.

It happened in broad daylight, according to Agence France-Presse.

State Attorney General Sandra Luz Valdovinos told Milenio television late Wednesday that 18 people were killed and two were wounded in the town of San Miguel Totolapan. Among the dead were Mayor Conrado Mendoza and his father, a former mayor of the town, she said. Two additional people were wounded.

Images from the scene showed a bullet-riddled city hall.

Later Wednesday, in the neighboring state of Morelos, a state lawmaker was shot to death in the city of Cuernavaca, south of Mexico City.

While attacks on public officials aren't uncommon in Mexico, these come at a time when the security strategy of President Andrés Manuel López Obrador is being sharply debated. The president has placed tremendous responsibility on the armed forces rather than civilian police for reining in Mexico's persistently high levels of violence.

San Miguel Totolapan is a remote township in Tierra Caliente, which is one of Mexico's most conflict-ridden areas, disputed by multiple drug trafficking gangs.

In 2016, Totolapan locals fed up with abductions by Los Tequileros kidnapped the gang leader's mother to leverage the release of others.

Los Tequileros' influence in  San Miguel Totolapan diminished after the death of one of its leaders in 2018 in a gunfight with police there, AFP points out.

Local outlets said Marín, a member of the Morelos Progress party, was killed at a pharmacy in Cuernavaca. A person with Marín was reportedly wounded in the attack.

Morelos Gov. Cuauhtémoc Blanco condemned the attack and said via Twitter that security forces were deployed in search of the attackers.

The deaths of Mendoza and Marín brought the number of mayors killed during López Obrador's administration to 18 and the number of state lawmakers to eight, according to data from Etellekt Consultores.