New York City Mayor Eric Adams has directed the NYPD and peace officers to take individuals who appear "to be mentally ill" into custody involuntarily for psychiatric evaluations, even if they are not considered to be an imminent threat to the public.

"Without that intervention, they remain lost and isolated from society, tormented by delusions and disordered thinking," said Adams in a Tuesday press conference. "They cycle in and out of hospitals and jails, but New Yorkers rightly expect our city to help them and help them we will."

The directive has stoked outrage, controversy and debate about homelessness and mental illness, and how to tackle both issues.

What exactly is the initiative?

Throughout his time in office, Adams has touted efforts to move unhoused New Yorkers off city streets and subways through sweeps of homeless encampments and the removal of unhoused riders from subway trains. His administration has conveyed itself to be tough on crime, targeting homeless and mentally ill populations under the guise of public safety.

The city's standards currently authorize "a peace officer or police officer to take into custody, for the purpose of a psychiatric evaluation, an individual who appears to be mentally ill and is conducting themselves in a manner likely to result in serious harm to self or others," according to a Feb. 18 Office of Mental Health memorandum.

The directive to city agencies from Adams is intended to enforce the preexisting authorization.

Adams told reporters in a press conference on the initiative Tuesday that police will receive training in order to feel confident in determining who might be classified as "in need" under the current legal language. A hotline will be launched with clinicians from city hospitals to provide guidance to officers encountering individuals in crisis. 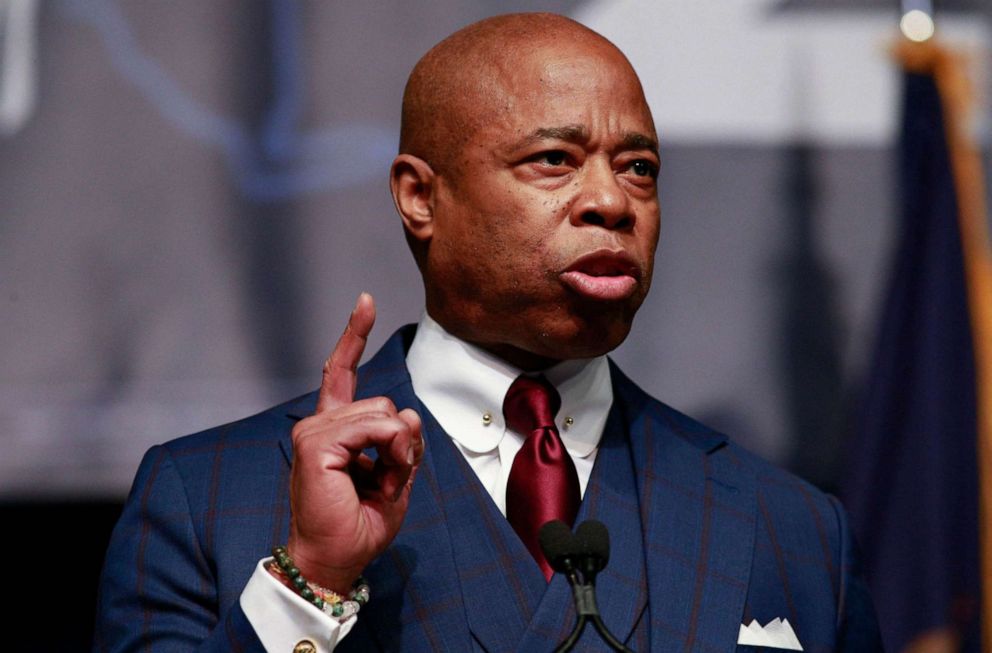 The directive states that "case law does not provide extensive guidance regarding removals for mental health evaluations based on short interactions in the field." However the directive says it does provide examples that indicate whether someone is unable to support their basic needs, including a serious untreated physical injury, unawareness of surroundings and others.

City officials argued Tuesday that a proper psychological evaluation cannot be made in public, and therefore will need to occur in a medical/hospital setting.

Though Adams pitched the move as an effort to get unhoused and mentally ill people off the streets, he added that the services could extend to anyone seemingly experiencing a mental health crisis.

When asked about how many psychiatric beds would be available for this, Adams claimed the city is "going to find a bed" for everyone who needs one. It is unclear how many unhoused people in the city would be affected by this, according to Adams.

Why is this controversial?

The NYPD has long been accused of mistreatment and criminalization of citizens experiencing mental illness or in a crisis, according to past reports from the Urban Justice Center, New York University and more.

With police on the frontlines of the effort to get unhoused citizens off the streets, the initiative has been criticized by civil rights, mental health and disability rights advocates.

People experiencing homelessness and mental illness are more likely to be incarcerated, with one study from the Vera Institute of Justice saying "this crisis is perpetuated by a legal system that criminalizes survival behaviors associated with homelessness, fails to account for the ways in which people who are homeless face impossible odds within the legal process, and then releases them back into the community with even more obstacles than they faced before."

Advocates say that involuntary hospitalization is a violation of civil rights and is a form of incarceration for innocent unhoused and mentally ill citizens of New York City.

"Forcing people into treatment is a failed strategy for connecting people to long-term treatment and care," said the New York Civil Liberties Union Executive Director Donna Lieberman. "The decades-old practice of sweeping deep-seated problems out of public view may play well for the politicians, but the problems will persist – for vulnerable people in desperate need of government services and for New Yorkers."

In 2019, Public Advocate Jumaane Williams investigated how the city responds to and treats individuals experiencing acute mental distress. In that report, he found that the city had cut mental health access for many New Yorkers, and "in many cases, rather than realizing these recommendations and reforming public safety systems, city and state governments have repeatedly prioritized law enforcement in these interactions, often without proper training and sometimes with deadly consequences," said Williams in a statement published several weeks before Adams announcement.

Three years later, Williams said he found little improvement in a review of issues of mental health and public safety throughout the city.

"We still haven't decoupled getting medical attention with law enforcement," Williams said in an interview with ABC News. "That is problematic and it seems that we're now widening the scope in which someone can be brought off the street and pulled in involuntarily."

However, city officials claim this effort balances "prevention and intervention," by reducing "the number of people we see in need on our streets and in our subways to begin with," Health Commissioner Ashwin Vasan said on Twitter.

What else is the city doing about homelessness?

However, the city is piloting a separate program that provides 80 homeless people with supportive housing, food and health support and financial literacy support. This program is modeled after initiatives in other cities across the country, and has proven to produce positive impacts on homelessness in Texas, Utah and others. 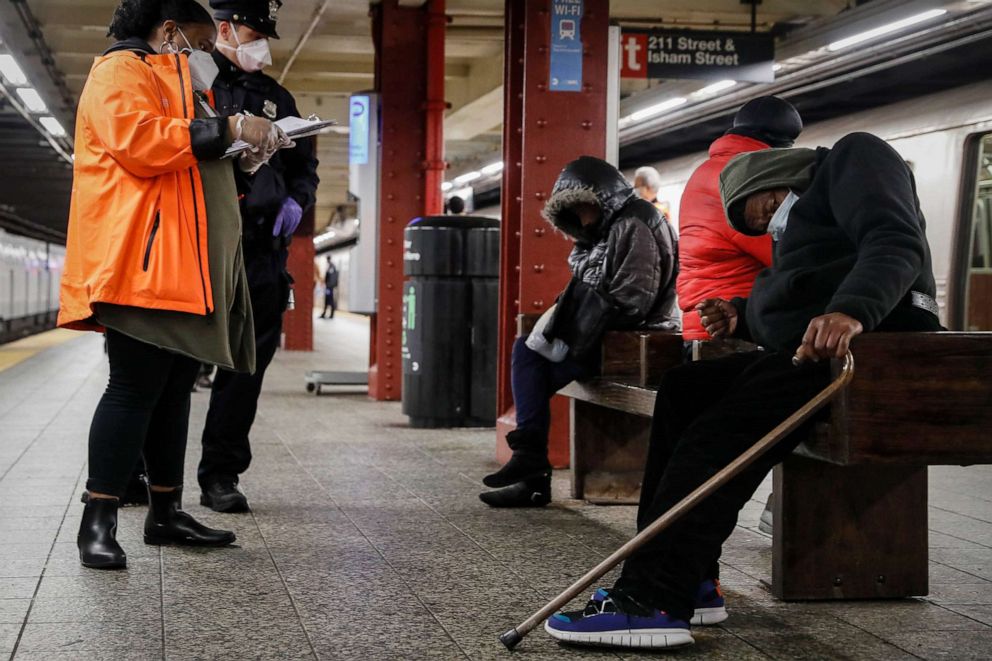 In Houston, homelessness decreased by 54% in several counties where the program was piloted and more than 21,000 people were housed with a 90% success rate, according to The Coalition for the Homeless which runs the program.

A 2021 report from Utah's office of the legislative auditor general found that 95% of people placed in program housing remained housed.