Here’s one way to call out elected officials on their BS.

A coalition of cow caretakers have let some 25,000 cattle loose in India to protest a lack of government aid in combating a deadly bovine disease.

Officials in Gujarat have been targeted in the “cow-bombing attacks” while trying to access their offices and on main streets, VICE World News reported Wednesday.

Videos have shown the cows — which are sacred to the nation’s majority Hindu population — being shepherded through the gates of a government building en masse and wandering the halls over the past few weeks.

Some protesters have even brought bags of cow dung and urine to spread in the government facilities.

So far, 70 people have been arrested for allegedly cow-bombing government offices. 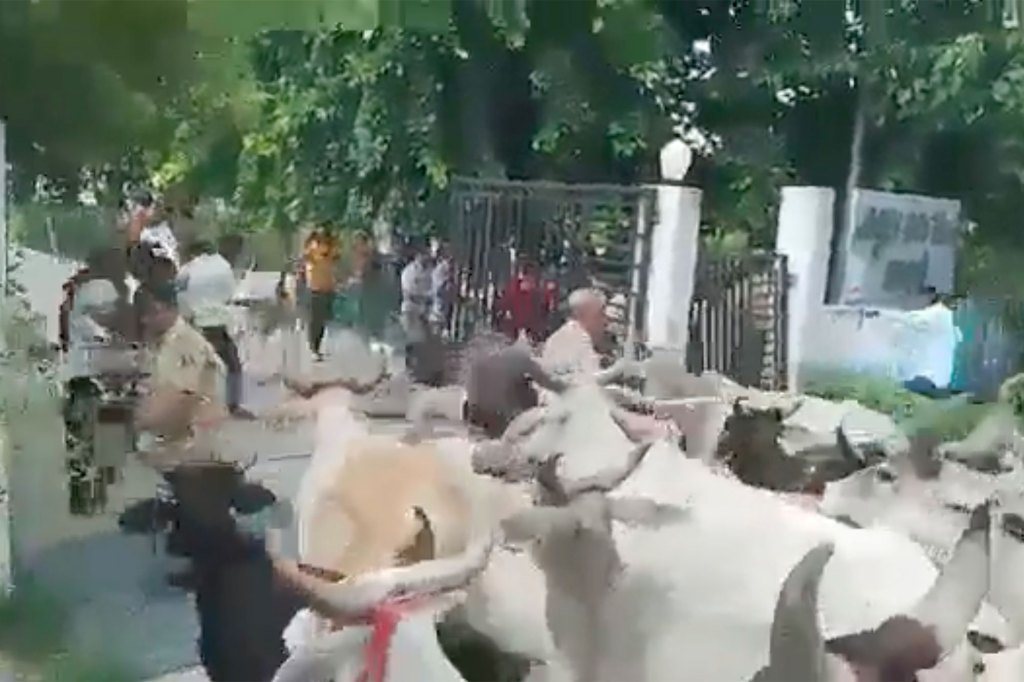 “Cops tried to stop us and send back our cows but we will return with them tomorrow,” Jagdish Solanki, the media coordinator of a coalition of 180 cow shelters, told VICE.

The owners of around 1,750 cattle shelters have argued that the government has not intervened enough with subsidies to stop lumpy skin disease, a fatal illness for cattle caused by mosquitos. Recently, around 170,000 cows in the state have been infected by the disease, resulting in 5,600 deaths.

“We’ve been protesting since July over this deadly outbreak. We lost thousands [of cows] even as the government refused to help us. So we released all our cows from our shelters,” Solanki said.

It’s illegal to slaughter cows in India so the beefy beasts are allowed to live out their days in government-funded shelters, VICE reported.

Protesters have demanded the state government to release parts of the $61 million budgets for cow shelters to further support the shelters as the lumpy skin disease outbreak continues to spread.

“The government announced this budget in March this year, but kept delaying it,” Solanki said. “Recently, we found out through the Right to Information petition that they’ve not even made the regulation to implement it. We’re losing thousands of our cows every day. We are prepared to carry on with our protest until our demands are met.”