The Islanders nearly pulled off an impossible comeback.

But after losing three of four in what should have been an easy week, the Islanders are going to need a lot more, fast.

The Isles closed out a three-game homestand in tough fashion, getting beaten by the Blues, 7-4, at UBS Arena. But this game — and this week — should have been the easy part. The hard part is up next: at New Jersey, home against Carolina and at Boston. On Tuesday morning, those were three of the four teams ahead of the Islanders in the Eastern Conference, including the two ahead of them in the Metropolitan Division.

At 16-11-0, the Islanders have banked enough points to be able to weather a bad stretch, but in a tight division, it would be far easier to avoid one altogether. On Tuesday, though, a combination of defensive breakdowns and a failure to convert chances led to frustration.

Down 5-1 in what was shaping up to be a calamitous third period, the Islanders nearly came all the way back. Zach Parise scored a power-play goal, Hudson Fasching scored his first goal as an Islander and just 21 seconds after that, Jean-Gabriel Pageau made it 5-4 with a hair under five minutes to go. 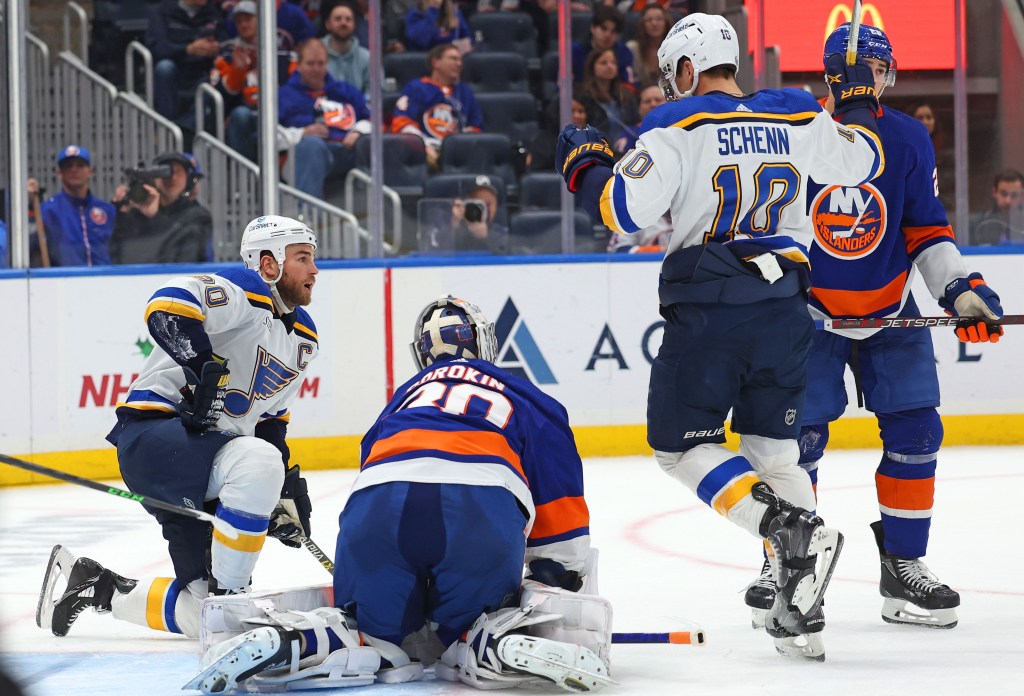 The Islanders had pulled off this sort of comeback before. But they would not on Tuesday.

Empty-net goals from Robert Thomas and Noel Acciari — and the awful five minutes the Isles played to start the third period — saw to that.

Acciari extended a 3-1 Blues lead to 4-1 when he deflected Justin Faulk’s shot past Sorokin at 3:37 of the third. Only 13 seconds later, Colton Parayko beat Sorokin clean from the blue line — putting a bow on a rare night when Sorokin, who gave up five goals on the first 21 shots he saw, was abundantly mortal.

The whole thing got even worse when Adam Pelech went down in the corner not even 30 seconds later, needing help from a trainer and Josh Bailey to get off the ice and not returning to the match.

The near-comeback provided a hair of consolation. But not enough.

The Blues took the lead in the second period, when Scott Mayfield misplayed a puck at the blue line, leading to a two-on-one that Ivan Barbashev finished off from William Bitten, giving the Blues a 2-1 lead at 3:51.

Ryan O’Reilly would make it three at 14:58, putting in his own rebound after a long stretch of play in the Islanders’ own end. Mayfield and Alexander Romanov were on the ice for the first three St. Louis goals, highlighting a brutal night for the second pair. 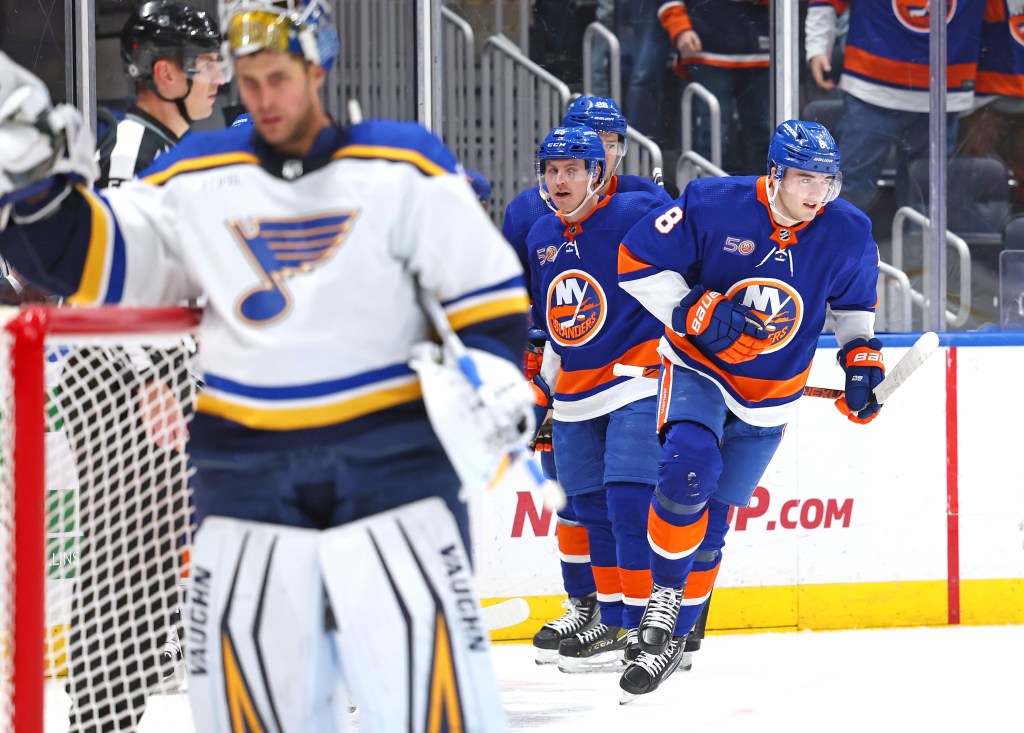 The Isles’ aggressive nature worked against them on Tuesday, as Mayfield was caught too far up the ice twice leading to goals and the Islanders got little to show for it themselves. They did outshoot their opposition, but you get as many points in the standings for winning the Corsi battle as you do for nearly coming back.

The Islanders may feel fine about how they played this week, but losing games to the Flyers, Predators and Blues hurts, especially with a major litmus test coming.

The last time the Isles went into a tough-looking stretch needing to come up with something, though, they went on a tear, winning seven of eight games. This is not a group to be counted out, and there are no shades of last season right now.

Still, we will learn a lot about these Islanders over the next week. One way or the other.