If you’re feeling a little geloso (that’s jealous) after watching the glamorous resort featured in “The White Lotus,” here are a few new sparkling luxury hotels (with plenty of jewelry shopping nearby) that should inspire you to book your own trip, pronto.

Hop over to Milan on the new all-biz direct flight from Newark run by La Compagnie, the canny French airline that’s been offering cut-price premium red-eyes to the City of Light for eight years; its new service to Malpensa Airport starts at just over $2,000 round trip. From there, it’s off to Piedmont, the region’s de facto jewelry hub, with HQs for everyone from Pasquale Bruni to Picchiotti. Nearby Lombardy has just seen the arrival of the latest hotel from Florence-based leathermaker Ferragamo, Portrait Milano (rooms from $900). It’s housed in a long-shuttered seminary dating back to the Renaissance era — that stunning Baroque entranceway is likely to become an Insta-staple. Stay here if you’re worried about carrying back too many bags from the boutiques of Galleria Vittorio Emanuele II, just a few blocks away.

The revitalized Orient Express brand just announced that it will be opening hotels alongside its famed ultraluxe trains. One of the first five-star properties under the brand will pop up in the Veneto in Italy’s northeast, the country’s wealthiest region and home to Roberto Coin among other luxury brands. 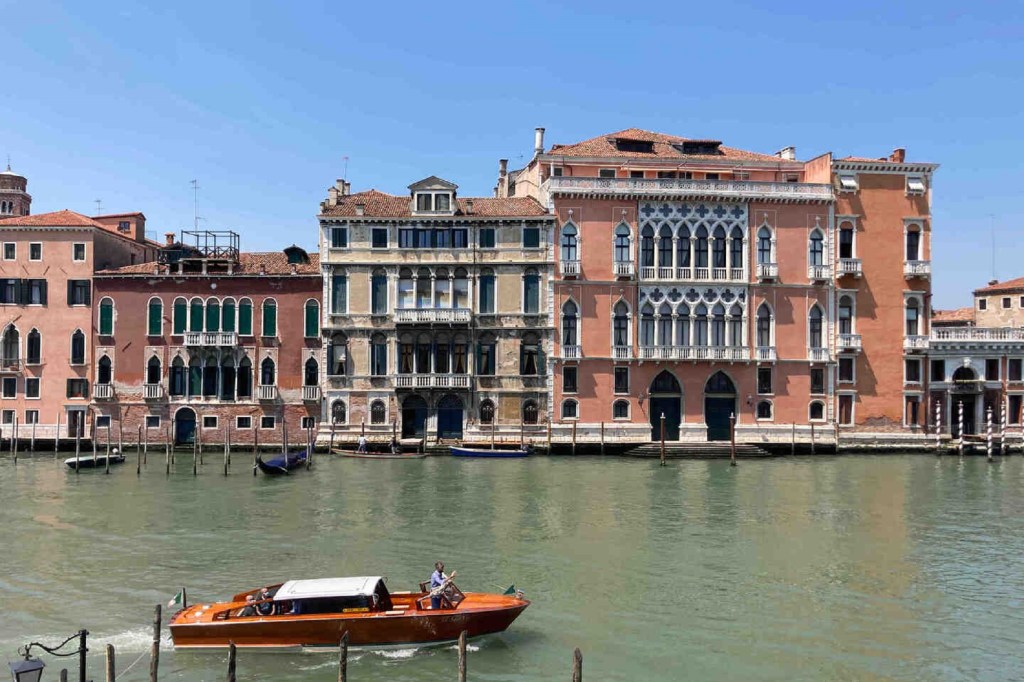 If you’d rather live like a luxe local in the meantime, consider the new Palazzo Garzoni (two-bedroom apartment from $940), a 17th-century mansion that’s just been rebooted as a set of plush serviced apartments located on the Grand Canal, a mere 10-minute walk from St. Mark’s Square. 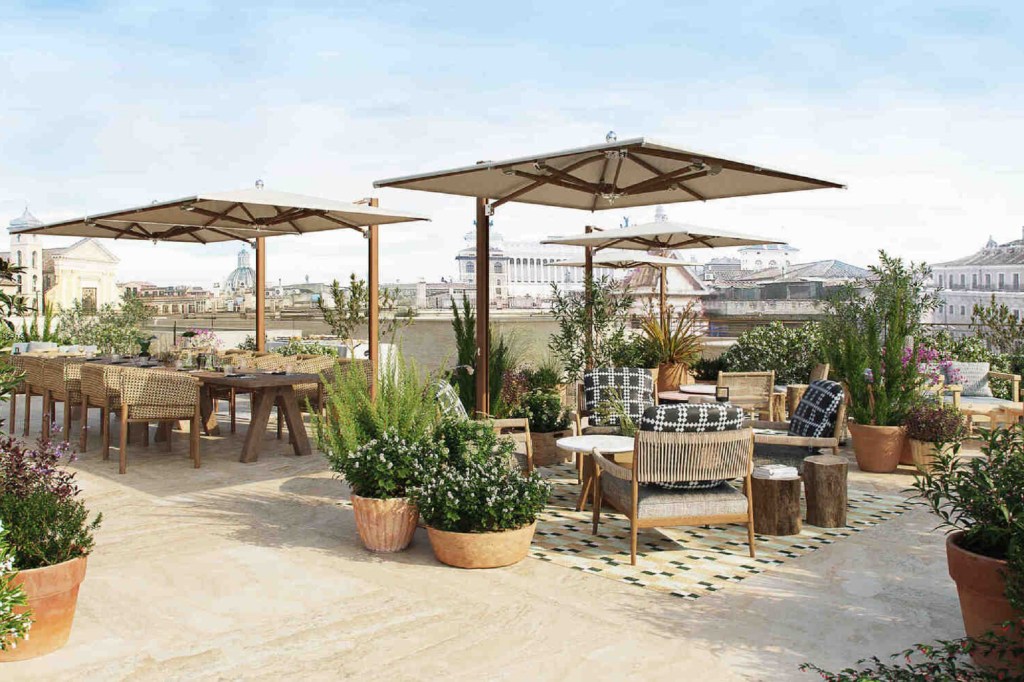 The hottest hotel hub in Italy right now is undeniably Rome, with a slew of new spots aiming to make a lasting impression on the Eternal City.

The 96-room Six Senses (from $975), in a rococo-style 18th-century palazzo that once served as a home for cardinals, is now red hot for other reasons: The rooftop terrace, with 360-degree views, will be one of the city’s best aperitivo perches when it opens in March.

If spring is too long to wait for a shopping jaunt, book a stay at the Hotel Vilòn (rooms from $518), a short walk from boutiques like Leo Pizzo and Buccellati. 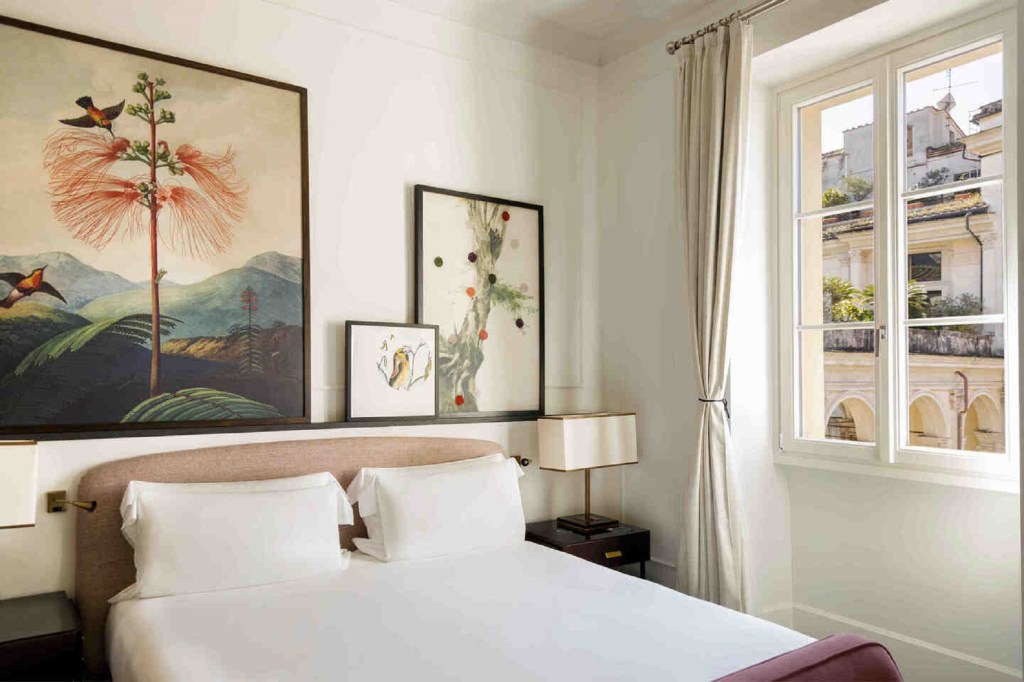 The maximalist décor — think: velvet sofas, dark marble and gilded mirrors — is a nod to the 18-room mansion’s history as a former palace for the Borghese family.

The family-owned-and-operated Palazzo Ripetta is another standout; it’s a 78-room former convent that’s just reopened as a hotel close to the banks of the river Tiber. 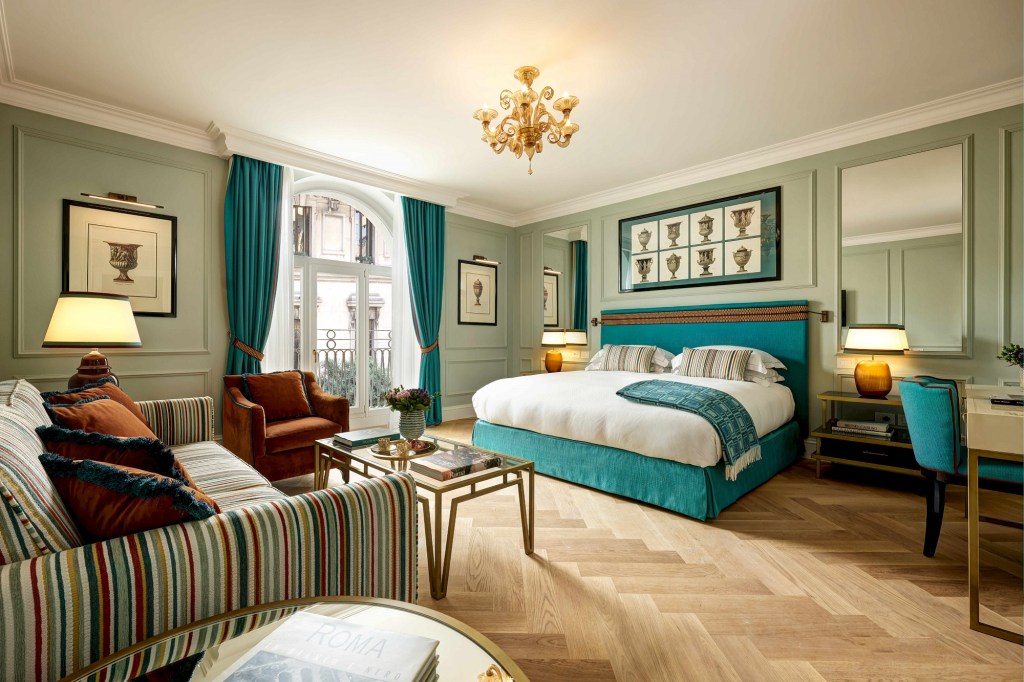 Come here to swoon over the art collection or snuggle up in winter — some of the rooms (from $485) have their own fireplaces.

It’s the first Italian property for the Thai hotel chain, a five-star pile with 238 rooms right on Piazza della Repubblica. 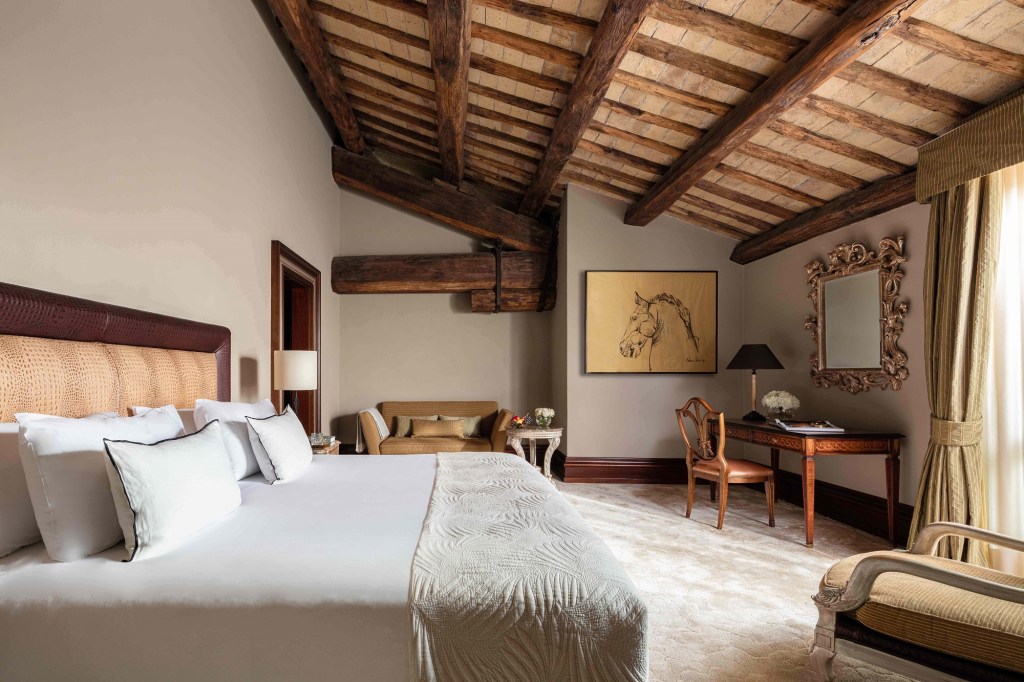 Look out for the ancient fountains and mosaics visible through the first floor — remnants of the onetime Baths of Diocletian, which occupied this site in ancient Roman times.

For a funky bargain perch, try the new outpost of Parisian poshtel specialist Mama Shelter (rooms from $159), in the quieter northwest district of Prati by the Vatican, or the new W Rome (rooms from $320), close to the Spanish Steps in a pair of converted 19th-century palazzos that opened in December. 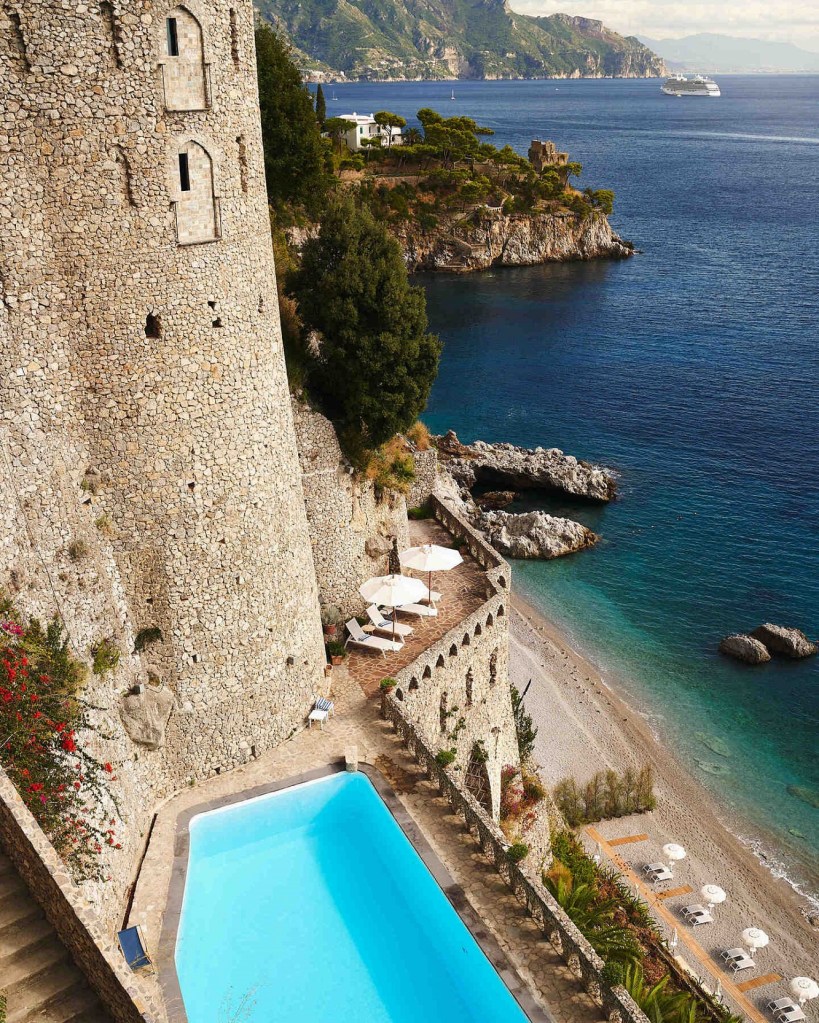 There are a few need-to-know spots on the Amalfi Coast. The 45-room Borgo Santandrea (rooms from $1,730) sits bolted onto the cliffside, 300 feet above the water, in the hamlet of Conca dei Marini.

It’s a dolce vita-era building that’s just undergone a lavish, three-year-long redo courtesy of a pair of local brothers. One highlight is the private beach, accessible via elevator or by a meandering walk through the hotel’s own lemon and olive groves.

Meanwhile, the Italian island of Capri, in the Bay of Naples, has long been a playground to the rich, famous and fashionable. Its fans have included everyone from cropped pant-champion Jackie Kennedy to recent honeymooners Jennifer Lopez and Ben Affleck, not to mention A-listers LeBron James and George and Amal Clooney. Michael Kors loves the place so much he named the holding company for his firm after it. 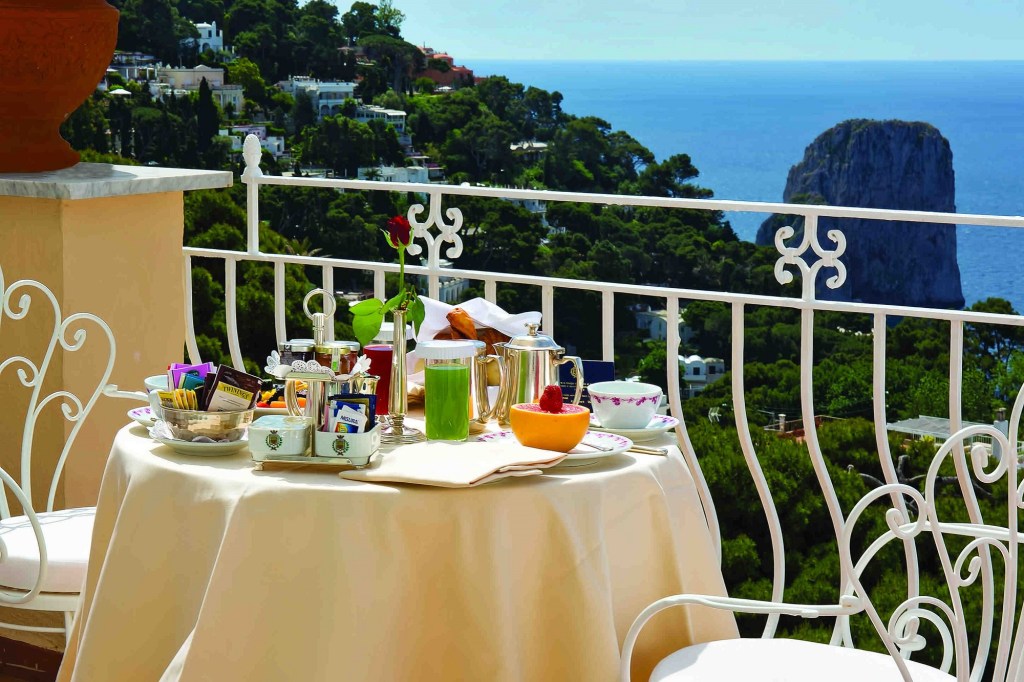 This summer, designer Camille Miceli commandeered the entire island as a catwalk for the relaunch of Pucci under her direction, festooning restaurants and beach clubs with its signature prints. She billetted her global guests at the biggest and best stay on the island: the Grand Hotel Quisisana (doubles from $576).

This 150-room sanatorium-turned-resort is the grande dame of the glitzy hub, all marble floors and belle epoque swagger that dates back to the 1840s.

Its charms include indoor and outdoor pools, whimsical gardens, a spa decked out with Turkish baths, an art nouveau theater, killer views and a rock-star roster of former guests, including Tom Cruise and Elton John. 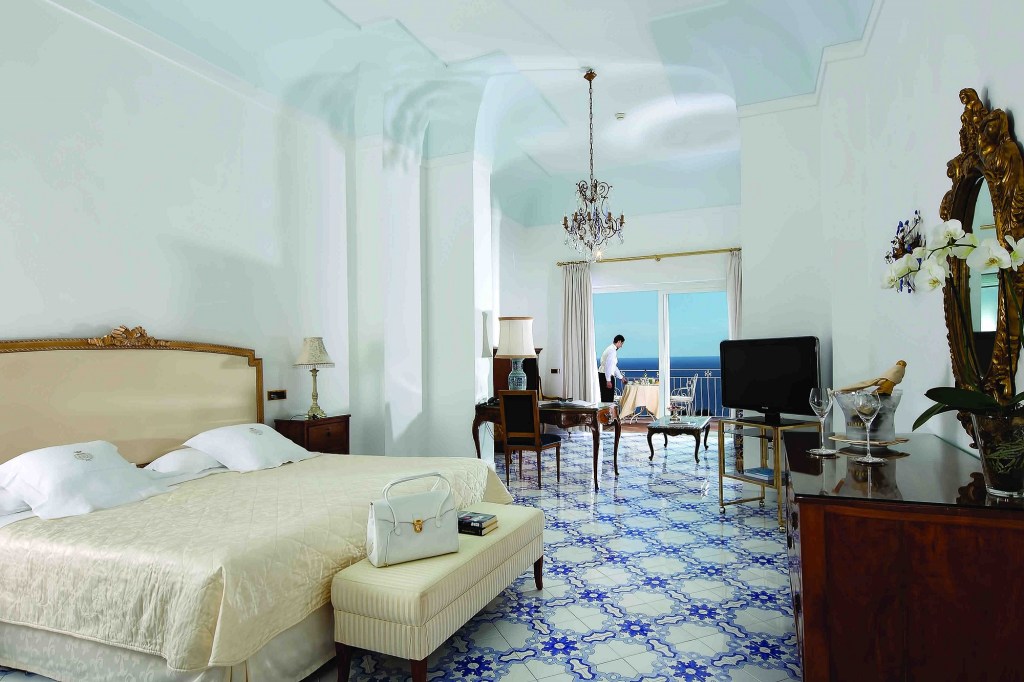 The hotel is only steps from the Piazzetta, Capri’s town square, as well as its luxe shopping strips on Via Camerelle and Via Le Botteghe.

“This is probably the most concentrated area of fashion boutiques in the world,” notes luxury travel agent Andrea Grisdale of IC Bellagio. “The very mention of Capri makes people dream — it’s like a fairytale.”

Start at Pucci’s own boutique or browse Gucci and Valentino; as for jewelers, pick between Bulgari, Vhernier, Buccellati and Pomellato, all of them a short (capri-pant-clad) stroll from each other. 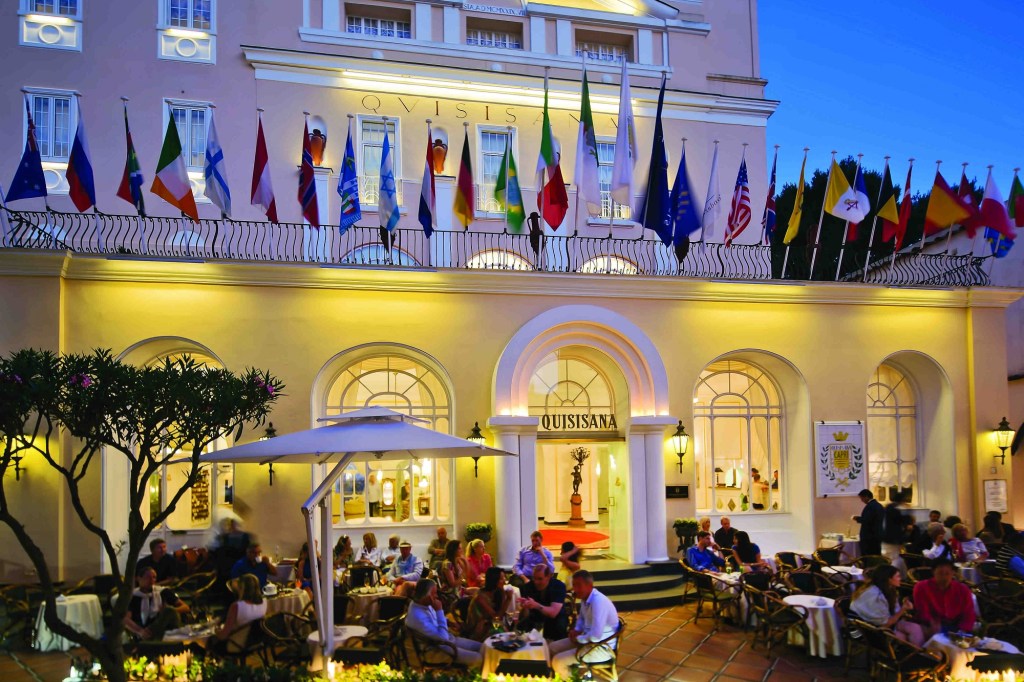 This sanatorium-turned-grande dame resort dates back to the 1840s.

If you don’t yet have a pair, head to the store that supplied Jackie O’s slacks, La Parisienne; she insisted they only be worn in white, but the store now has a rainbow-colored range if you’d like to defy her fashion edicts.

As for the best restaurant to try out your gorgeous new purchases? Follow the fashpack to Da Paolino, where you can glug homemade limoncello while dining al fresco beneath a lemon-tree grove — thankfully, there are nets festooned like a canopy over the tables to keep falling fruit from thumping guests mid-meal.