It’s been the story of the Knicks’ season. The opposition so frequently has had a superstar and they don’t.

The Grizzlies and Ja Morant presented yet another reminder Sunday night. Despite a herculean effort by Jalen Brunson and a strong all-around performance from the Knicks, Morant was just too much down the stretch.

His basket with 13.9 seconds left was the game-winner and sent the Knicks to their fifth loss in six tries at the Garden, 127-123. Brunson had a chance to give the Knicks the lead, but missed in the lane and Morant sank one of two free throws with 7.1 seconds to go. With a chance to force overtime, Brunson missed again.

After an uneven first half, Morant was his typical terrific self, finishing with 27 points and 14 assists, and Dillon Brooks added 23. Brunson did all he could on a night he was a game-time decision with a quad contusion, notching 30 points and nine assists. RJ Barrett scored 22 points and Julius Randle had 14 points, 10 rebounds and nine assists. The Knicks fell to 9-11 and have still yet to defeat a solid foe at home. 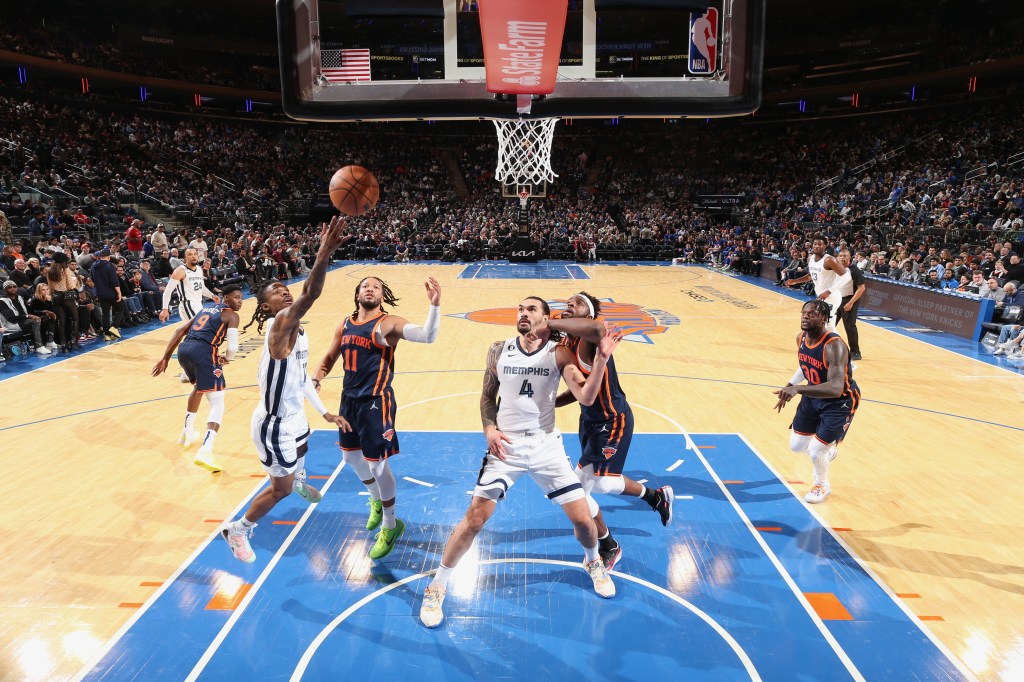 The Knicks defended Morant as well as possible in the first half, limiting him to eight points on seven shots, seven assists and forcing him into four turnovers. Quentin Grimes was on him the most, with plenty of help, the Knicks swarming Morant whenever he got close to the paint.

Memphis did its damage from beyond the arc, hitting 7 of 15 from distance, with Brooks scoring 11 points in the first half. The Grizzlies led by as many as eight at one juncture in the second half, and felt like they were outplaying the Knicks significantly.

But Tom Thibodeau’s team’s defense kept them in the game, and they relentlessly attacked, with 30 of their 52 first-half points coming in the paint. All 10 of Barrett’s points came on strong drives near the rim, and, despite being a game-time decision with a quad contusion, Brunson was the Knicks’ best player prior to the break. He had 10 points and five assists. 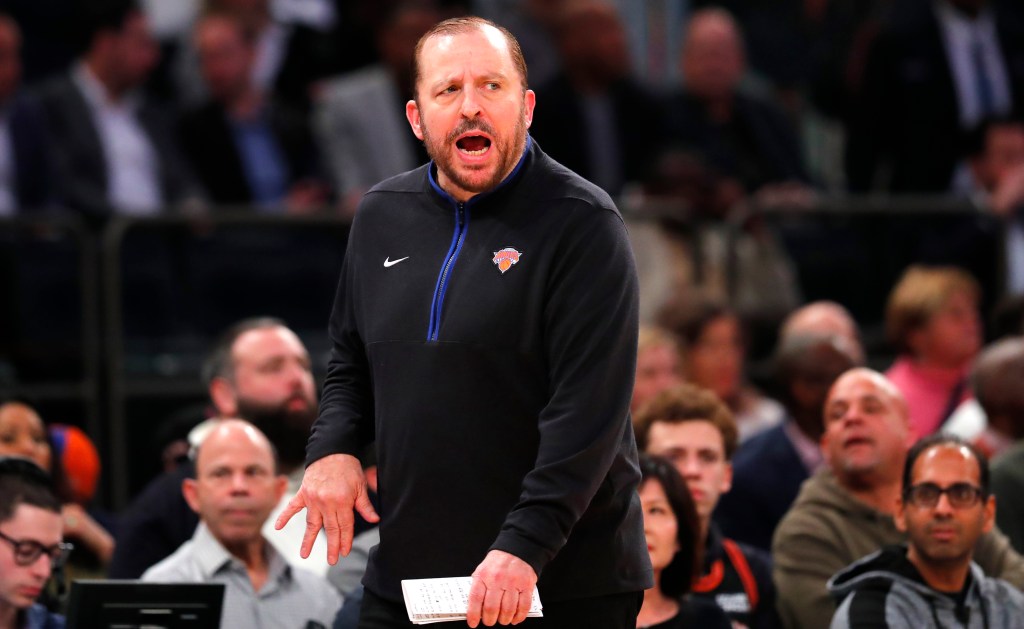 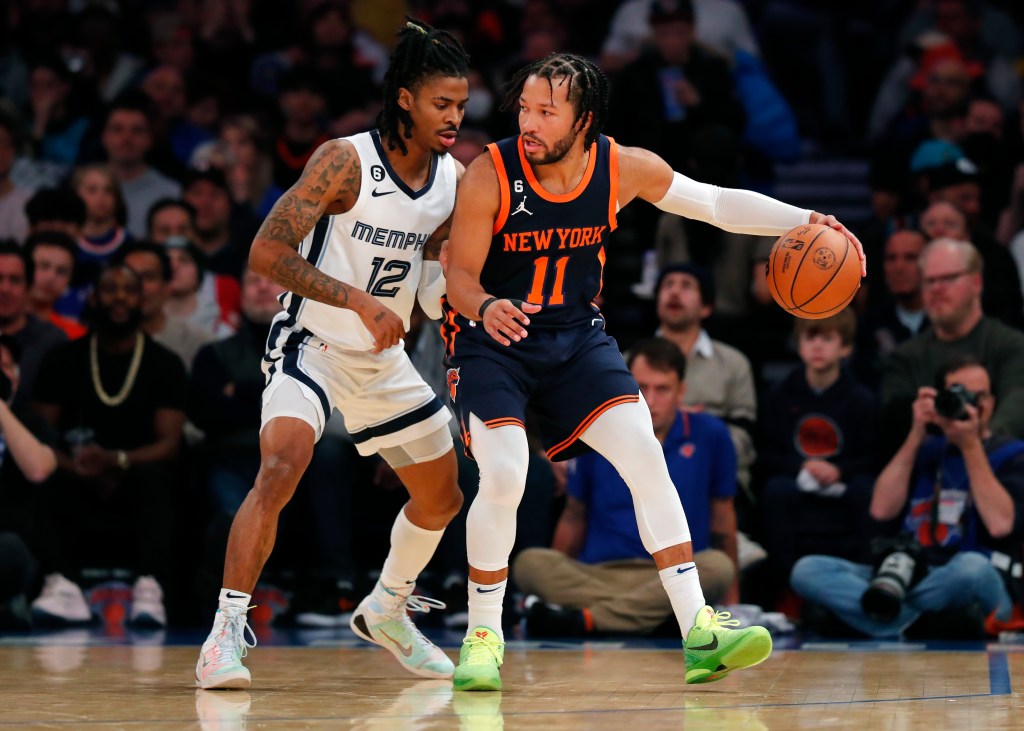 It was a rocky third quarter that saw the Knicks trail by as many as 12 after briefly taking the lead and entered the fourth down 10. Memphis shot a through-the-roof 55.6 percent (15-of-27) in the frame and turned four offensive rebounds into nine second-chance points.

Morant had a terrific nine-point, six-assist quarter highlighted by a three-point play in which he went right by Immanuel Quickley, who left the game late in the third quarter and didn’t return, and drew the foul on Derrick Rose with a spectacular up-and-under hanging layup.

The Knicks got off to a strong start in the fourth quarter at both ends and were within three when Robinson was called for his third foul on what looked like a block on Santi Aldama’s layup attempt. The large crowd reacted angrily at the call and exploded when Thibodeau used his challenge. Thibodeau won the challenge, and the Knicks converted on the other end with a fadeaway jumper from Brunson. When Cam Reddish connected on a left corner 3-pointer, the Knicks were ahead with 4:10 left, and a dramatic finish was on the way.