Jets coach Robert Saleh stood before the 2022 Jets for the first time back in April. It was the first day of the team’s offseason program and he went over plenty of different topics in the first team meeting.

One of them was the AFC East.

“We have a gap to close,” Saleh said in that team meeting, as captured by the Jets’ website, “and here’s the real stat for you: We have 12 consecutive division game losses. We’ve been outscored by our opponent 358-158. That’s 16.6 per game. We have a gap to close. Showing up is the first step. How we grow and how we close that gap is going to depend on every person in this room, including me, myself. You guys feel me on that? That’s real. Twelve losses [followed by a few expletives].” 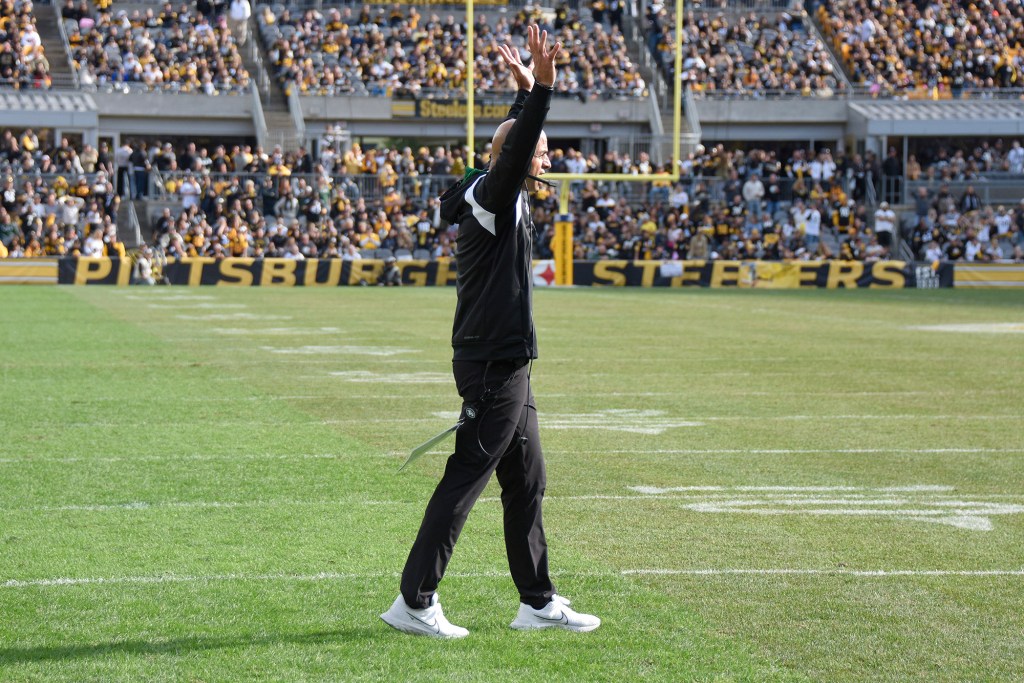 The Jets get to see if that gap has closed for the first time Sunday when the Dolphins come to MetLife Stadium. The Jets are coming off a comeback win over the Steelers and have won two dramatic games early this season. Now, the division measuring stick comes. The Jets have four division games in the next six weeks.

The Bills and Dolphins are atop the division at 3-1. The Jets are behind them at 2-2 and the Patriots are 1-3 and in last place.

The Jets have the phrase “Own The East” written on a few walls around their building, including in the weight room. It is a message Saleh has given them since last season ended.

“The quickest way to the playoffs is to win your division,” Saleh said on Monday. “That’s the one thing you’ve got control over, beating your division opponents. You always have this thing, it’s on our boards, ‘Own the East.’ If you’re trying to become that playoff team, you’ve got to be great in the division. This organization and this team hasn’t won in a while within the division. Like I said, if we want to take that next step as an organization we’ve got to do better in our division. That’s basically what close the gap meant.”

You have to go back to the Rex Ryan era for a time when the Jets actually contended in the division late in the season. For years, Tom Brady and the Patriots ran away with the AFC East. Now, Josh Allen and the Bills are the class of the division with the Dolphins on the rise. The Patriots are struggling, but counting out Bill Belichick feels unwise.

Saleh said he believes the Jets are a better team than they were a year ago. Sunday will be a measuring stick of how much better. The Jets lost their six division games last year by a combined 119 points. They were noncompetitive in four of the six.

“We’re taking the necessary steps that we want to take for the team to be a better team and continue to take over this division,” defensive tackle Sheldon Rankins said. “We just have to continue to make the progress. Understanding it’s not going to happen overnight. It’s not something that we can just flip a switch and it happens. Understanding that we have all the talent we need. We’ve just got to continue to take the steps consistently and improve throughout the course of each week and throughout the course of the season to continue to close that gap and be where we want to be as a team in this division.”

Aaron Peña, 5-year-old Florida boy with autism, found dead in pond after wandering away from home