PITTSBURGH — Breece Hall isn’t quite Breece The Beast yet.

“Not completely, but I’m getting there though,” Hall told The Post after Jets 24, Steelers 20. “I’m still learning, it’s a lot different from college. My mentality in college was I could take everything to the house whenever I [got] the ball. I still feel like that today, but realistically that’s not always gonna happen. You just gotta chip away at it. I said last week I was reaching my stride; today I just took another step.

“I feel like I’m getting better every week and in a while it’s gonna be scary.”

“I just feel like I’m gonna be a matchup problem, that’s really it,” Hall said. 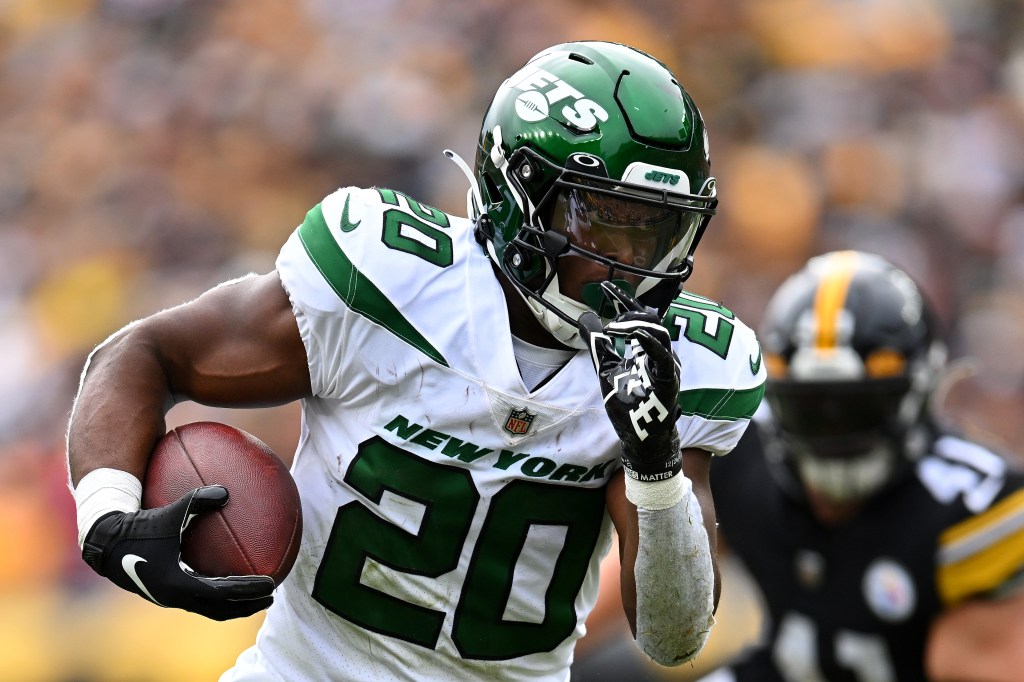 “The coaches have just been preaching to me about really just sticking my foot in the ground and try not to be patient ’cause I pride my game on that, just being patient, and letting the blocks develop, so today I was just tying to get downhill, hit the runs how I felt like I needed to and everything worked out for the best,” Hall said.

Everything worked out for the best for Hall after what first was ruled a fumble by the goal line (recovered by Tyler Conklin) was reversed.

“It was kind of a punch play,” Hall said. “A linebacker came through free, I kinda just made him miss, he kinda had my leg, I reached the ball across and I felt like I scored. When I tried to snatch the ball back somebody knocked it out of my hands. Automatically you’re gonna think there was a fumble, but as we got up and as the refs were blowing their whistles I felt like I scored, so I wasn’t really too worried about it.”