The Jets know what they did to Josh Allen the last time they faced the Bills’ fiery quarterback.

And they’d love to do it again when they play the Bills on Sunday in Orchard Park, N.Y.

The Jets’ defense — in a 20-17 upset victory on Nov. 6 at MetLife Stadium — harassed, chased, hit, sacked, bottled up and generally frustrated Allen.

Allen, considered by many as one of the favorites to be named the NFL’s Most Valuable Player, was forced into his worst statistical game of the season. He completed just 18 of 34 passes for 205 yards, no touchdown and he threw two interceptions.

More of that on Sunday would inch the 7-5 Jets a little closer to the 9-3 Bills in the chase for an AFC East title. 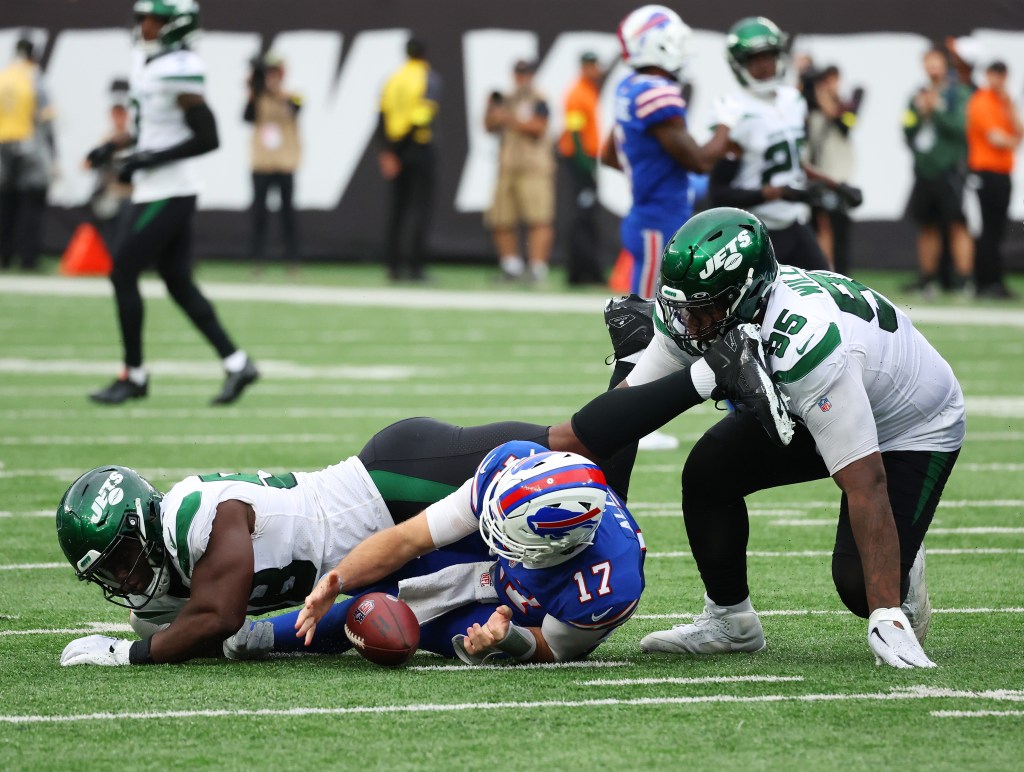 But the Jets know the competitor Allen is and they expect him to come back at them with revenge on his mind this time.

“He’s a competitor so he definitely wants to redeem himself and play a better game,’’ cornerback D.J. Reed told The Post Thursday.

“We’re going into this game expecting his best shot,’’ Jets defensive tackle Sheldon Rankins told The Post. “It’s going to be on us again to disrupt him and make life a living hell for him for four quarters.’’

“We did a good job of mixing up some different looks on the back end and disrupting his timing and forcing him into some bad throws,’’ Rankins said. “We did a few things that he maybe hadn’t seen before from us. And we harassed him with our rush.’’

Asked if he expects a ticked off Allen out for revenge, Rankins said, “Obviously, he feels like he didn’t play his best against us last time, so … we expect his best shot.’’

If Allen is anything outside of being one of the most physically gifted players in the league, he’s a high-level competitor who hates to lose. He, too, is accountable. He expressed after that game that he wasn’t his best.

“It’s tough to win in this league when you’re playing a good team and your quarterback plays like s–t,” Allen said. “[I] made some bad decisions. Really cost our team.’’

Mosley said the Jets “can’t worry about it being a revenge game,’’ adding, “We’ve got go out there and handle our job as a defense. It might be another bad game [for Allen] and it might not. We have a job to do and make sure we keep him out of the red zone.’’

More importantly, out of the end zone. Allen did gash the Jets’ defense for 89 rushing yards and two rushing TDs in the last meeting.

“We know he’s going to be out there trying to run around and make plays, so, let’s go out there and get him,’’ Mosley said. 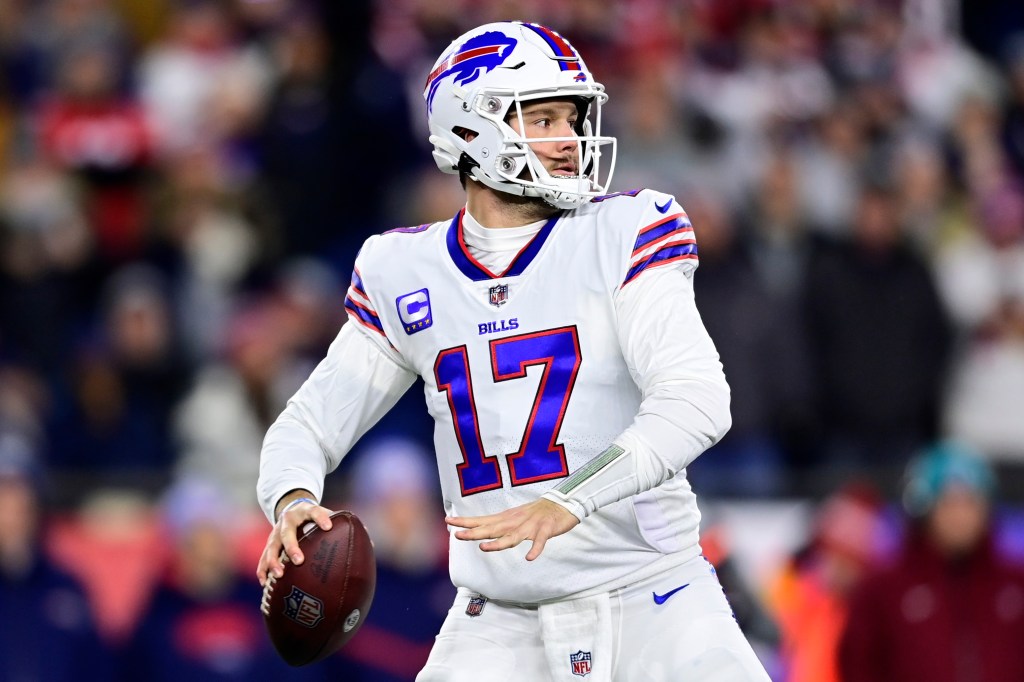 “When you look at [Allen] historically as the year goes on especially down the stretch, he’s a guy who absolutely wants to put the team on his back,’’ Ulbrich said. “So, I could definitely see him running more … just giving him an opportunity to put it on him more. Obviously, there’s going to be an element of payback that all players feel, and all coaches feel whenever you lose. It doesn’t matter how you lose, it’s just you want to get them next time. So, we’ll get the very best version of the Bills. I’m convinced of that.’’

The key for the defense, Ulbrich said, is to tackle Allen “like a runner.’’

“He’s not a guy that slides,’’ he said. “He’s not guy that likes to run out of bounds. So, you’ve got approach him a little bit differently than most quarterbacks. [Allen] is not the guy that’s going to give himself up, so you’ve got to tackle him and you’ve got to hit him — which we plan to do.’’