Mike White is all of 27 years old, four starts young in the National Football League, but he’s speaking with the perspective of someone who’s been through it before because he has. Everything from a quarterback competition to being thrust into the savior role for the Jets midseason. It would be like a rerun, if White wasn’t approaching it so differently, with newfound perspective and understanding about himself.

Just how different is that, exactly?

“My wife actually looked at me when I first saw her [after Sunday’s game], she goes, ‘Who are you?’ ” White said.

That relates to White on the field, where he quarterbacked the Jets to a 31-10 win over the Bears on a 22-for-28, 315-yard, three-touchdown performance on Sunday. But the way White spoke Thursday, ahead of leading the 7-4 Jets to Minnesota in a meaningful December game, it applies just as easily to White off the field.

White did not pivot away from his past, but presented it as a vehicle to learn from. Like that four-interception game against the Bills last season that burst his bubble, sending him to the bench for Joe Flacco. 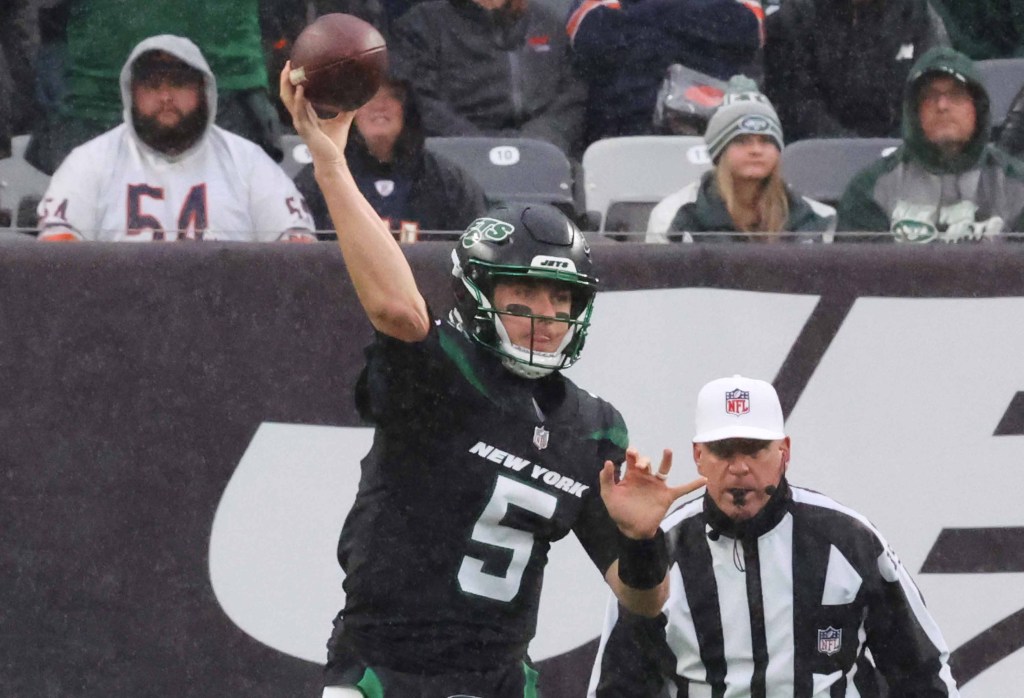 “I can play every play from that game in my head over again way more than the Cincinnati game or even last game,” White said. “Just cause I think that’s when you learn the most is the games that don’t go so well.”

Like the quarterback competitions he lost in the past, from a decade ago as a high school junior to 2019 with the Cowboys, when Cooper Rush beat him out for a backup job, leading White to New Jersey.

“I was so consumed and stressed and worried about what was going on. I took it with me outside of the facility and it just consumed me,” White said of that competition in Dallas. “I didn’t play well. I just flat out didn’t play well. Lost the job and that’s how I ended up here. I think it’s big.

“You gotta be able to separate work — cause this is our work — work and home. And whether it’s your kids, your friends, your family, whatever you got, I think you gotta have something outside because if you let this consume you, it is a stressful job.”

Speaking to reporters with the hopes of a fan base and a team squarely on his shoulders, White did not look like a man consumed or stressed, but one at ease in his position. When he got home from Sunday’s game, his 1-year-old twins ran up to him and wanted to play. They’re too young to comprehend his job.

He did not pretend to be ignoring the obvious questions beyond Sunday — how long can he hang onto the job, and what will the Jets do if it becomes obvious that White, not Zach Wilson, should be their answer at quarterback — but instead said he’s learned to deal with the lingering thoughts. 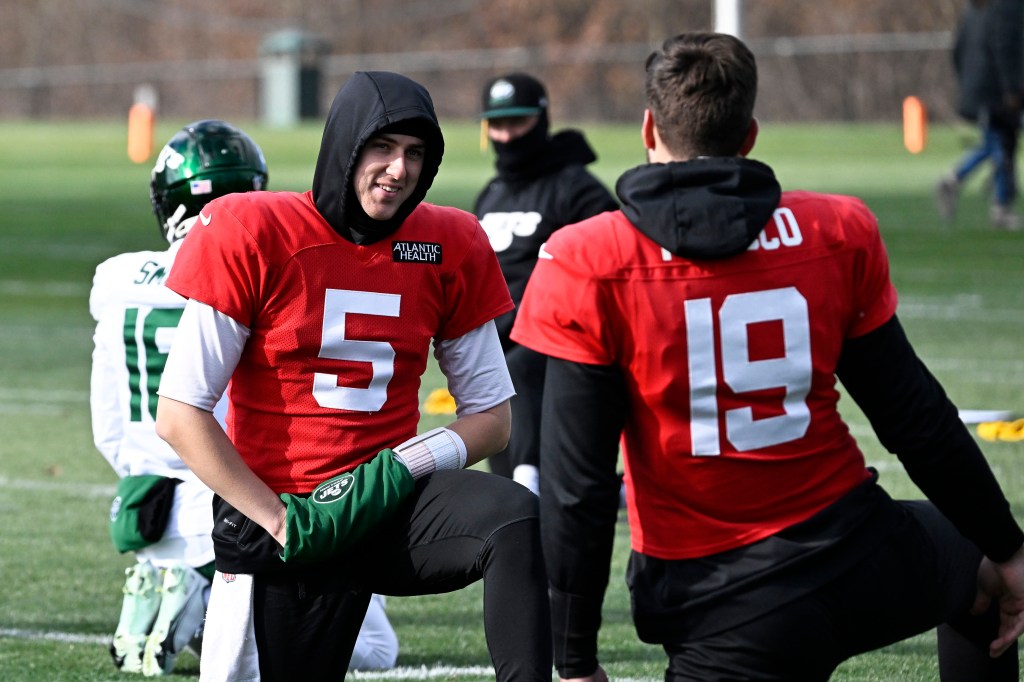 That is where the high school experience comes in handy.

“My junior year, I was in a quarterback competition and I lost the battle and then my senior year, same thing and I won the competition,” White said. “And in the beginning, I think I did look over my shoulder and didn’t play as well as I could have. And [then] I kinda eliminated that from my brain and just went out and played.

“Whenever you’re looking over your shoulder you’re not gonna play to your true potential, so the human aspect of it, you’re definitely going to. But you gotta find a way, whatever your process is or your mental ability is, to erase that and just go play.”

Much as White’s chances of holding onto the starting job this time around depend on utilizing the adjustments he and offensive coordinator Mike LaFleur worked on after that disastrous outing against Buffalo last season — both said Thursday that White got ahead of himself on his reads.

White made no wild declarations about his future, or even about Sunday. He did not revel in his achievement, in going from a fifth-round pick and practice-squad player to the starting quarterback with a chance to deliver a franchise-altering run to the playoffs.

“The only thing that I’m focused on is playing well,” White said. “If I play well that correlates to wins. That’s all that matters. That’s all anybody in this locker room wants to do and I’ll let the chips fall where they may afterwards, but my only concern is winning and helping this team win and seeing where that gets us come the beginning of January.”

It’s obvious how popular White is with teammates within the Jets’ locker room, and it’s not hard to see why.

“He’s a genuine, real dude,” LaFleur said. “And you know that right away.”