If you had any concerns about Mike White being nervous going up against the first-place Bills Sunday in Orchard Park, N.Y., you needed only to be interacting with him Thursday in the locker room while he chatted with reporters.

Receiver Elijah Moore, who earlier in the season was so disgruntled about his role that he demanded to be traded, playfully poked his head into the scrum around White and, playing fake reporter, asked his quarterback: “What do you think about the receiver group here?’’

“Is there a particular receiver you’re freezing out?’’ I asked White, in reference to Moore’s complaints earlier this season about his lack of targets.

“Yeah, this dude named Elijah Moore,’’ White said. “He’s always there and he never shuts up.’’

The mood in the Jets locker room four days before their rematch with the 9-3 Bills was light — especially White, who’s only other meeting with Buffalo was a four-interception debacle last season in a 45-17 loss that ended his short stint as the starter in place of the injured Zach Wilson.

White’s starting role now is a completely different scenario from last season. He’s the starter because he’s performed better than Wilson, so this time it’s somewhat timeless — up to his own performance, not when Wilson is healthy again. 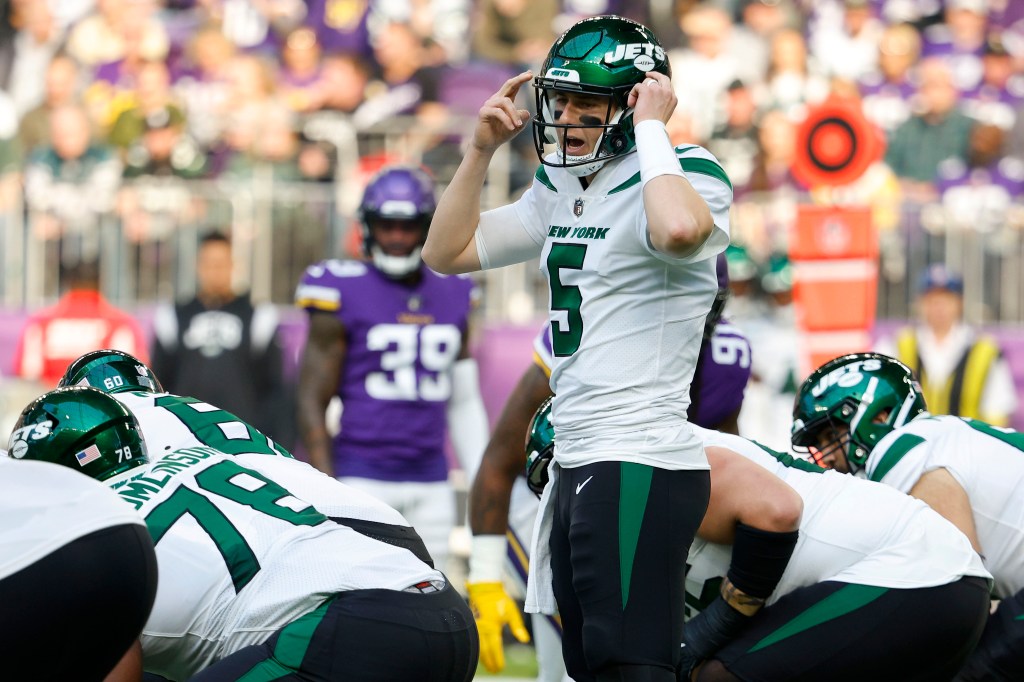 One thing critical for White to do against the Bills is not allow last season’s loss to them affect his play against them this time around.

White showed his sense of humor when asked how he feels about going back to Buffalo “considering what happened a year ago.’’

“What happened a year ago?’’ White deadpanned before adding with a smile, “I’m messing with you.’’

White said he “learned a lot’’ from his performance against the Bills last season. “But I’ve tried my best to close the book on that and move on,’’ he said.

White was asked how long it took for him to get over that game — particularly since it was his final start of 2021, with no guarantee he’d ever get another start.

“Very long,’’ he said. “It’ll be one of those things that will kind of sit with me for even longer. As an athlete, when you play long enough in a sport, you’re going to have those games no matter what. I have those games from high school that I still think of. It’s always going to be a part of my development as a quarterback. I don’t want it to beat me twice.’’

Jets veteran backup quarterback Joe Flacco said he expects there to be thoughts of last year’s Buffalo game in White’s head this week.

“I’m sure it’s not in the very front of his mind, but there’s probably a thought like, ‘OK, I want to go out and beat these guys now and go out there and prove that I can do that,’ ’’ Flacco told The Post. “No matter what level you’re at, you need to be able to prove it to yourself. Usually, those things are motivating forces — one of many little things that drive you to be the best. I think he’s in a good place mentally.’’

Jets head coach Robert Saleh said he recalls White’s “having a tremendous amount of growth’’ from the Buffalo game “and the way he played and recognizing some of the things he did that helped him to find ways to get better.’’ 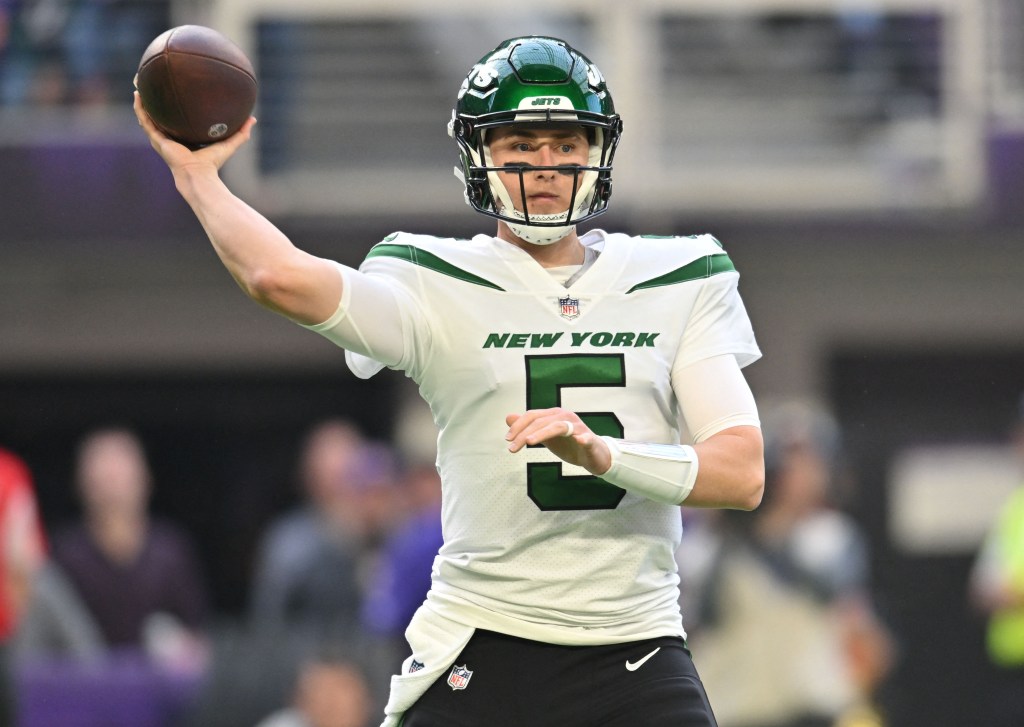 There’s been a movement afoot on the part of some people to box Saleh into definitively anointing White as the Jets’ permanent starter. Saleh has handled this expertly, letting it breathe, letting it play out.

On Thursday, I asked White if it’s important for him to be told he’s the permanent starter.

“I think it’s more important to live in the moment,’’ White said. “Once you start worrying about other things, your mind wanders and it gets off the task at hand. The only thing I think about is the game that we’re playing that week and knowing that there’s 52 other guys in the locker room that I want to go out there and perform well for and give them a chance to win the game and keep going and see where this thing takes us.

“Listen, [my future as starter] is the furthest out of my mind right now. This game, this preparation is just too hard and if you start to let your mind wonder, it’s when you get in a bad place.’’