Cutting against the grain of franchise tradition, the 2022 Jets have said and done a lot of smart things. Their ranks include many talented and accountable players, and people who know what they are doing in the roles of general manager and head coach.

But as the Jets prepare for a critical game at Minnesota and the beginning of a six-game playoff push, they are struggling with an elementary concept. Though there’s a chance Mike White will be a career journeyman who gets red hot here and there, there’s also a chance White will be the Jets’ long-term franchise quarterback and, at some point, the first man under center to lead them to a Super Bowl since Joe Namath.

The Jets need to put out a welcome mat to that possibility, and frankly, it doesn’t sound like they want to. Asked Thursday if he and head coach Robert Saleh are merely open to the scenario that White turns out to be the guy the franchise has been forever looking for — despite the organization’s investment in Zach Wilson, second-overall pick in the 2021 draft — offensive coordinator Mike LaFleur scrambled out of the pocket faster than a confused and/or overwhelmed Wilson ever did.

Yeah, why would the surprise uncovering of a potential high-level quarterback in the middle of a playoff race ever be in a football coach’s thought process?

Sure, LaFleur went on to say that everyone’s locked in on the Vikings, something he likely felt obligated to say. But his stated enthusiasm for White’s brilliant work against Chicago in Sunday’s rain was best described as muted, three days after Saleh committed an unforced error by stating that when the Jets “feel like Zach is ready to roll, he’s going to roll.” 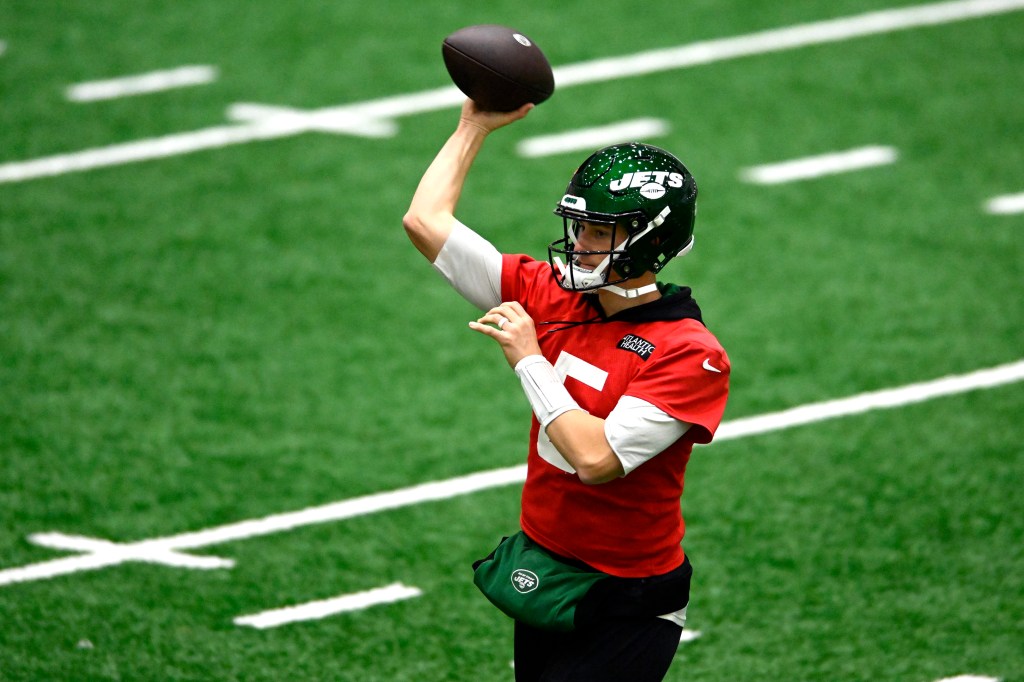 And by the way, since when has Wilson ever looked ready to roll?

Saleh has seemingly devoted more thought to the idea of restoring Wilson as the starter than he has to the thought that White is never, ever giving back this job. Last year, after White shredded the Super Bowl-bound Bengals for 405 yards and three touchdowns, Saleh was willing to say of the 171st pick in the 2018 draft, “Anything is possible. … I can be the next Vince Lombardi.”

This time around, when asked if White can put together enough big Sundays to earn the full-time job, Vince Lombardi II maintained he didn’t want to entertain hypotheticals. He did say that his full intent is to get Wilson ready to play.

Richard Sherman, a fifth-round pick who became a five-time Pro Bowl cornerback, is among many NFL voices having a hard time understanding this one. “If we just took everything away and swapped the stories of Zach Wilson and Mike White,” Sherman said on his podcast, “and if was just Mike White was drafted No. 2, and he’s playing this well and teammates are saying this about him, you’d be like, they made the right pick. They’ve got a franchise guy.”

That’s the way it should work, anyway. White had that brutal four-interception outing against Buffalo last year, but he seemed ready the previous week to tear apart Indianapolis (7-for-11, 95 yards, 1 touchdown) before getting hurt early. So that would be three quality starts out of four and a career completion percentage of 68.8, which dwarfs Wilson’s 55.6. 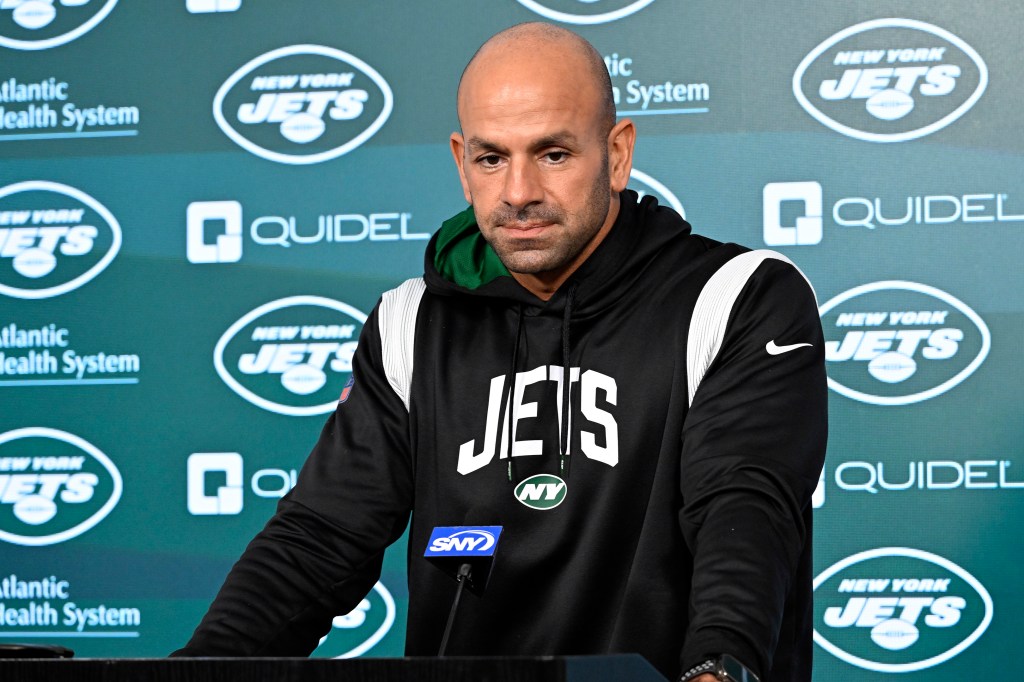 White said he wasn’t focused on winning the starting job for keeps because, someone once told him, “The NFL is 17 one-week seasons. … When you win one week you’re on top of the world. You lose next week and it’s the end of the world.”

As he headed from the showers to his locker Thursday, with just a towel wrapped around his waist, White passed by the fully clothed Wilson, who was leaving the room. The quarterback who had been waived four times by the Jets — four — was getting ready for the starter’s weekly press conference that used to be scheduled for ol’ No. 2.

“That’s just the nature of the sport,” White said of the dramatic turnover. 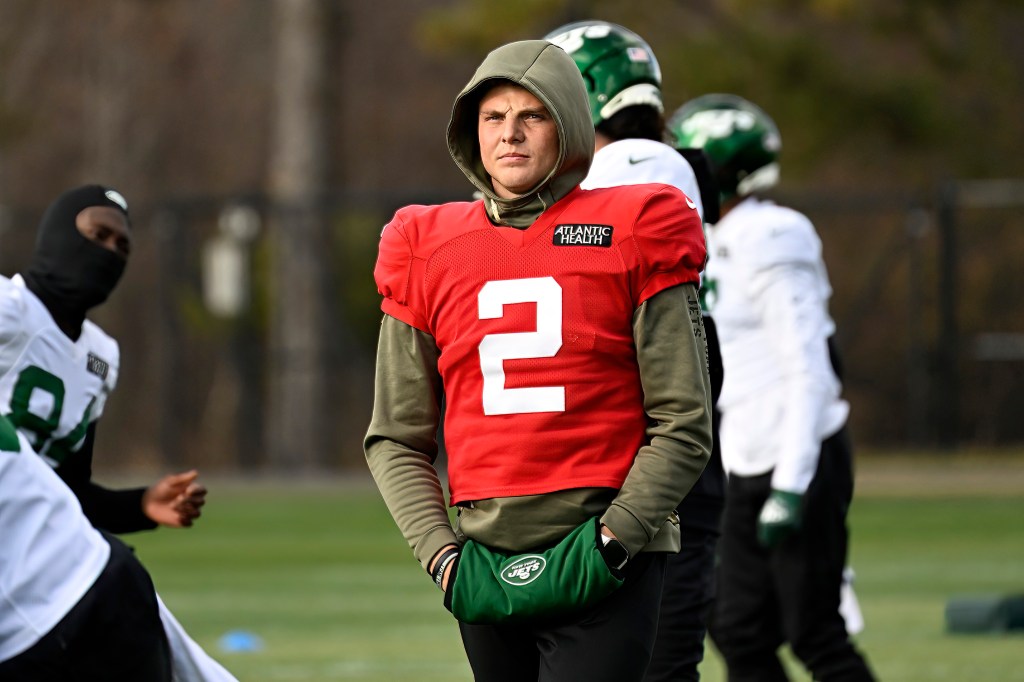 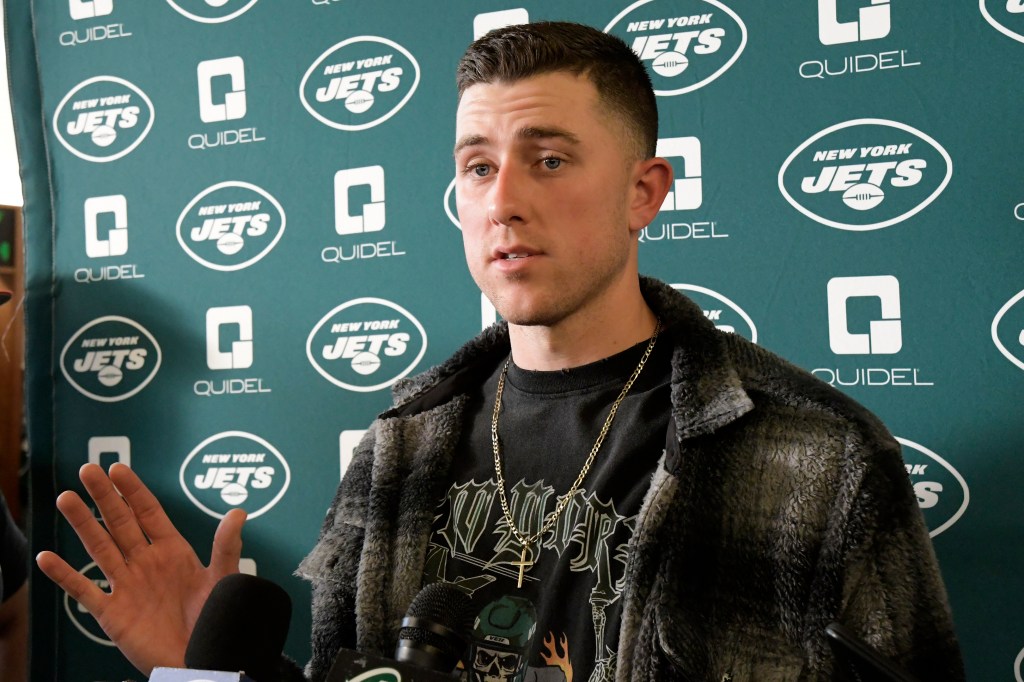 And once again, like last year, White pounced when the ball bounced his way. LaFleur said Wilson’s replacement “took what the defense gave him” and “just played within the offense” and that the line “protected better than we did [for Wilson] versus New England” and that receivers getting separation “makes the quarterback’s job a lot easier.”

All true. But neither the coordinator nor Saleh sound terribly eager to accept the possibility that Mike White is just a better football player than Zach Wilson. And they need to get open-minded about that sooner rather than later.