Grading the Jets’ 27-12 loss to the Bengals at MetLife Stadium on Sunday.

Zach Wilson better ride to the rescue because this offense is putrid. QB Joe Flacco (28-for-52, 285 yards, two INTs, two fumbles, 53.8 passer rating) could do nothing Sunday, but it was not all his fault. The offensive line could not give him time (four sacks, nine quarterback hits), and the running game never got going (76 rushing yards). WR Garrett Wilson (six catches, 60 yards) made some more plays, but a rib injury knocked him out for a stretch in the middle of the game. 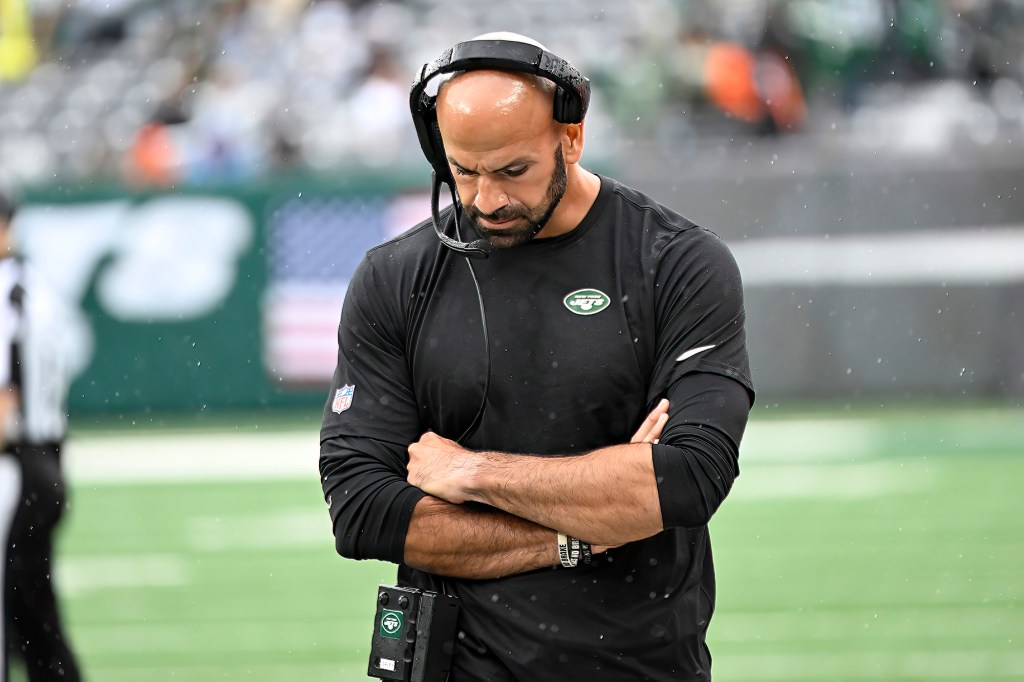 If Robert Saleh is indeed a defensive guru, he better start guru-ing. This defense could not stop Bengals QB Joe Burrow (23-for-36, 275 yards, three TDs, 114.9 rating) early on. The Bengals converted their first four third downs, and Burrow drilled them with passes of 56 and 45 yards. The Jets’ pass rushers got near Burrow, but he always managed to take a step or two to avoid them. WR Ja’Marr Chase (six catches, 29 yards, 1 TD) did not have a huge game but was left wide open for a touchdown.

Don’t blame the special teams for this one. Kicker Greg Zuerlein made all four of his field goal attempts, the only scoring the Jets did. Punter Braden Mann had a punt inside the 20 and averaged 48.7 yards per punt. The return teams did not do much, but they did not get many opportunities.

This was brutal. The Jets looked outcoached from the start. Cincinnati came out throwing, and the Jets did not look ready for it. Quinnen Williams was screaming at his position coach on the sideline. The Jets committed killer penalties. These are things that scream “bad team.” Saleh needs his team to put together a complete game quickly. Offensive coordinator Mike LaFleur keeps getting away from the run quickly. Defensive coordinator Jeff Ulbrich has a unit that makes mental mistakes every week.