The Jets will see an old friend at quarterback Sunday.

Dolphins coach Mike McDaniel announced Monday that Teddy Bridgewater will start for Miami on Sunday against the Jets with Tua Tagovailoa still in the concussion protocol.

Bridgewater spent a brief time as a member of the Jets in the 2018 offseason. He was traded to the Saints before the season began. 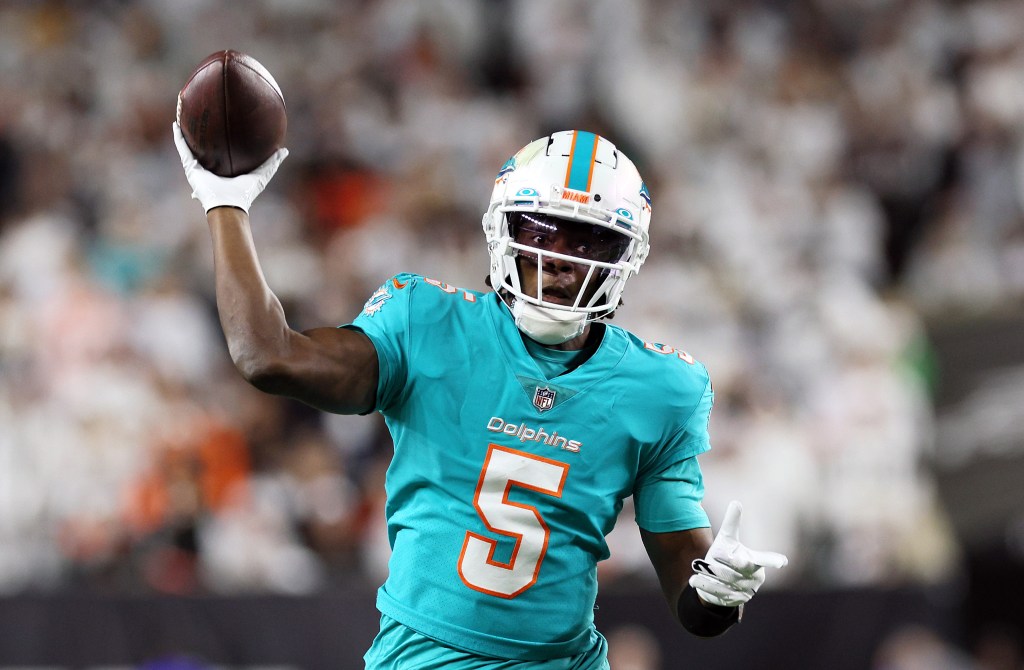 McDaniel said everyone with the Dolphins is confident in Bridgewater stepping in.

“I think myself, I can speak for the team, offense and defense and special teams, we’re very, very confident in Teddy Bridgewater,” McDaniel said. “It’s one of the reasons you decide to go that direction in an offseason and prioritize your backup quarterback is for these moments. … Everyone’s super confident in him. He’s done it before. It’s a different deal coming off the bench than starting. Teddy knows that and he’ll be fully prepared and ready to go. I don’t think that the team will bat an eye when we lace them up on Sunday.”

Bridgewater replaced Tagovailoa in Cincinnati after the starter suffered the concussion. Bridgewater completed 14 of 23 passes for 193 yards, a touchdown and an interception in the loss to the Bengals. The Jets faced Bridgewater last year when he was the Broncos starter. He went 19-for-25 for 235 yards in a 26-0 Denver win.