George Fant was thrilled to be playing left tackle full-time,when it was announced that he wouldn't even be training,with a "confidence" from the Jets. I mentioned voting. Camp competition between him and Mekhi Becton for the offensive line's most prestigious position.

Still, Fant is back on the right, through no fault of his own — Becton's injury and Duane's acquisition of Brown necessitate a last-minute switch Nata, a natural left tackle. Fant is trying to get as close to this move as possible. He keeps his head down and gets down to business, trying to help his team.

"Obviously he's just one more hurdle going forward," Fant said after Thursday's practice. "So much work to do. Get back out there and get ready for the season." 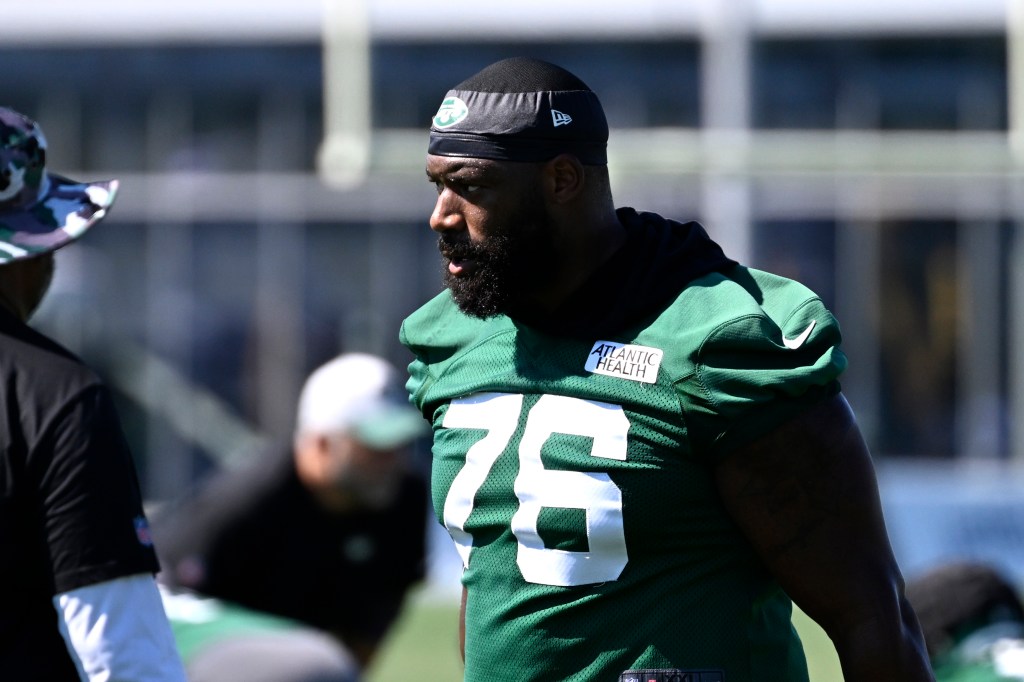 Fant's frustration with such things is understandable. situation. He is in his contract year, 30 years old, and has spent much of his career seeking opportunities like the ones afforded him at the start of camp. It has now been stripped.

"It's something he can't control. He has to do what he can," said Fant. "I only control what I can control. That will be the best light tackle I can do. Sometimes you have to get down to business and play head-on."

Fant declined to comment on his contract and the potential impact of his position on negotiations, saying his representatives are handling those issues.

"I just know I can play left or right, it doesn't matter," said Fant. "You have to be a pro in certain situations. Of course you can get upset and be everything else, but at the end of the day you still have to play the football game. Get out there every day." Just keep working.” Offensive coordinator Mike Lafleur said that while Fanto is “outspoken” about his comfort on the left flank, the Jets have made him valuable. It's his versatility, he said.

"I was talking to him the other day and he said there's a crazy part about this. That's why we feel we can guard left to right if necessary. I mean, you're so talented and you're so versatile," said LaFleur. "And you'll get it. And yeah, he's put a good portion of the year out there, so it's going to take a little tweaking, but he's done right." 36}

As for the actual difference in the field, Phanto has been lucky enough to have passed the same switch before. Switching teams, especially near the end of the season, can be a dangerous undertaking.

"It's not easy," Fant said. "If that's the case, and everyone would, it's one of those situations where you have to deal with hand placement. How you get off the ball, passes set, so many different things. We've gained experience, so it shouldn't be too bad."

With Brown on board last week, the composition of the line to start on day one will be quite different than it was at the start of camp. Fant hasn't been on 100% of his training camp reps as he's been easing his return from offseason knee surgery, but building chemistry between then and now is essential.

"We've been lucky enough to have some players who have played a lot of ball," said Fant. "Conor [McGovern] played a lot. Myself, Duane, Laken [Tomlinson], a young guy [of Alaijah Vera Tucker]. He's played ball a lot. AVT is a guy who's played a lot of different positions. So it shouldn't be too bad for us to have a little jelly together.