Jimmy Garoppolo has spent the better part of his five-plus seasons with San Francisco  somewhat scorned by 49ers fans, many of whom always seem to have been left wanting for more.

Even when Garoppolo helped lead the 49ers to the Super Bowl LIV in 2019, he was considered the weak link that kept them from hoisting the Lombardi Trophy.

The 30-year-old quarterback, who spent the first three seasons of his NFL career backing up Tom Brady in New England, has always seemingly been behind the proverbial eight-ball.

Now, however, it’s very possible Garoppolo, amid the oddest of circumstances, is in the best position of his career.

After second-year franchise quarterback hopeful Trey Lance broke his right ankle last Sunday in his second NFL start, Garoppolo now finds himself back as the 49ers’ starter and as a possible savior to the season. It’s weird how things so often work out in sports, how narratives shift, how the discarded become resurrected and how goats get the chance to become heroes.

Niners coach Kyle Shanahan was hellbent on starting Lance and beginning a new era in San Francisco, so few believed Garoppolo was going to be wearing a 49ers uniform this season as trade rumors dominated the offseason.  Garoppolo himself told reporters when he agreed to a reduced contract to stay in San Francisco as Lance’s backup that returning to the 49ers “really wasn’t on my mind, to be completely honest.” 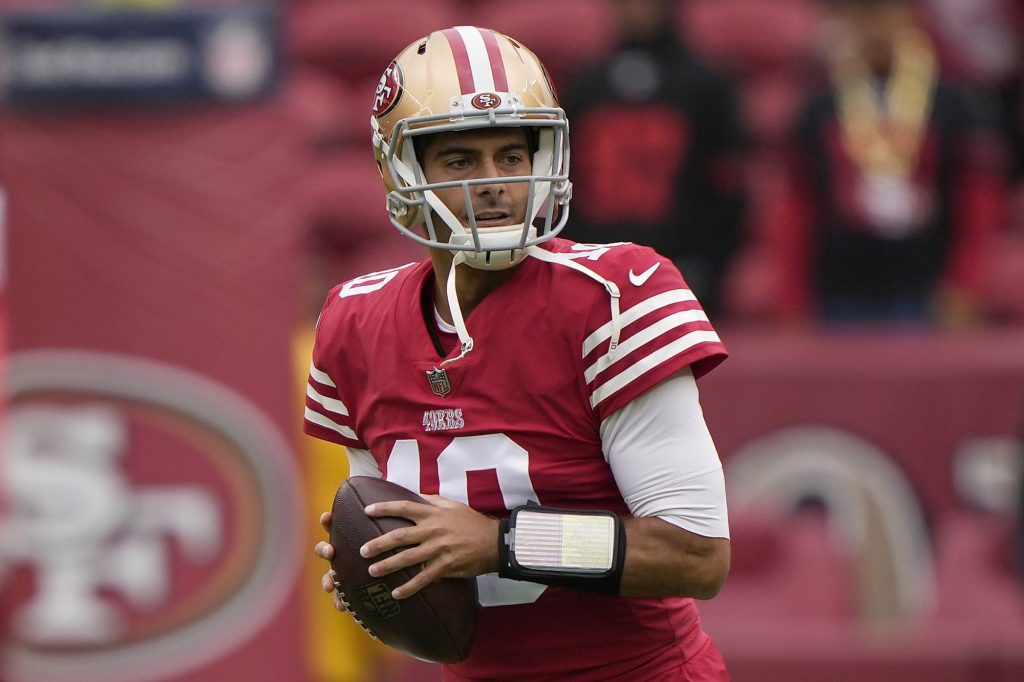 Not so fast, though.

Garoppolo was rehabbing a shoulder injury that occurred during the playoffs, which made it difficult to trade him, despite some interest, particularly from Washington. In the end, he agreed to remain with the 49ers by taking a salary cut from $24 million to $6.5 million with incentives that could push it to $15 million.

Garoppolo, too, secured a no-trade and a clause for no franchise tag to be placed on him. So, if he succeeds this season and leads the 49ers deep into the playoffs or even wins a title, he will be a free agent in 2023 and could be the top veteran quarterback on the market.

In the wake of Lance’s injury, there’s a sentiment around the 49ers that they’re better off with Garoppolo, who’s 35-16 as the 49ers’ starter, playing quarterback for them right now.

He went a modest 13-for-21 for 154 yards with one TD against Seattle last week after taking over for the injured Lance. Afterward, though players were sickened by Lance’s injury, their spirits were buoyed by the return of Jimmy G and his handling of the delicate situation. 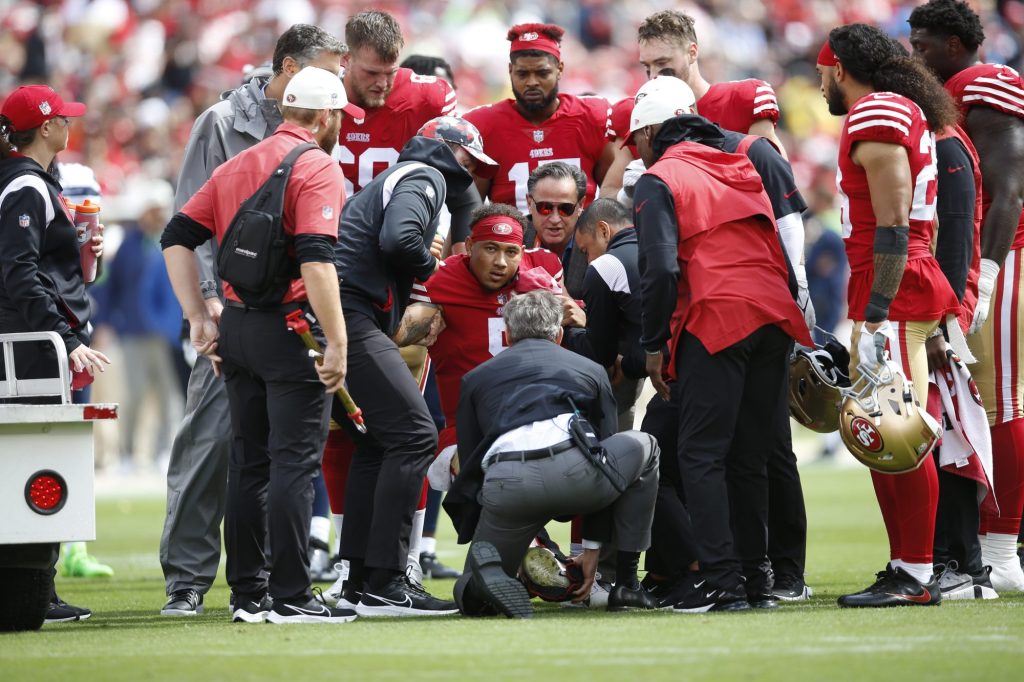 “Jimmy’s the perfect guy to be in this position,” linebacker Dre Greenlaw told reporters.

“You hate for it to happen that way, but golly, we know what Jimmy’s capable of,’’ linebacker Fred Warner said.

“A lot of people would have handled that situation way different,” kicker Robbie Gould said. “From Jimmy’s perspective, that’s just who he is. He knows he’ll get an opportunity at some point, and it’s a matter of when. Obviously, [you] don’t want anything to happen to one of your teammates like Trey, or anyone, but, for Jimmy you’re happy he’s getting a chance to get what he deserves.”

Indeed, it all has fallen into place for Garoppolo for a change. At least for one week. Watching how the rest of the 49ers’ season unfolds with Jimmy G in the driver’s seat again will be one of many fascinating subplots to this NFL season.

“I’m comfortable here,” Garoppolo told reporters after leading the 49ers past Seattle. “The players, the scheme, all that stuff … the locker room. It’s comfortable, and I’m familiar with it.”