Jimmy Vesey is just the latest player to get a look on the Rangers’ top line next to Chris Kreider and Mika Zibanejad, which has given the 29-year-old even more of an opportunity to showcase himself in the final days of his professional tryout contract.

“We put him everywhere,” coach Gerard Gallant said of Vesey, who blocked one shot and recorded one hit in the Rangers’ 5-4 loss to the Bruins on Wednesday night at Madison Square Garden. “A lot of the guys — I mean, I’m not going to point out just Vesey because there’s [Gustav] Rydahl and there’s all those guys battling for those spots. So he’s one of them. He’s played in different situations and we want to give our guys a look. So that’s what it has been.

“We’ve been trying to fill out the roster to make sense for the opening night. Again, they’re exhibition games, you’d like to play well and you get more of your team into them, but again, I’m not putting too much into the lines or the lineup right now.”

Slotting next to Zibanejad and Kreider is familiar territory for Vesey, who spent the first three seasons of his NHL career in New York with those two. Vesey and Zibanejad actually came to the Rangers at the same time ahead of the 2016-17 season. 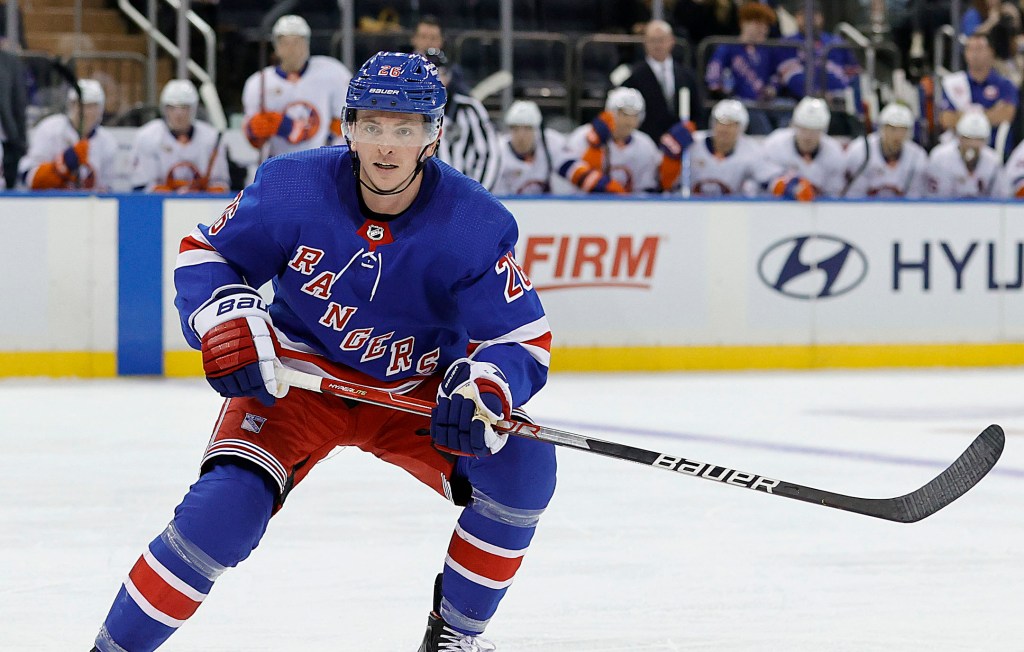 In 80:51 of ice time over those three seasons, according to Natural Stat Trick, Vesey, Zibanejad and Kreider were on the ice together for five goals and seven against. However, that was several years ago and all three players have evolved a ton since then. Vesey said the familiarity helps in terms of their communication.

“I’m not going to be nervous to talk to them,” he said. “Yesterday in practice, we had a lot of communication going. I was probably a little bit of nerves the first couple drills. But they’re great guys and making me feel really comfortable.”

Zibanejad scored twice in the first period of Wednesday night’s loss, including one on the power play. However, the Kid Line of Alexis Lafreniere, Filip Chytil and Kaapo Kakko was once again the Rangers’ most consistent unit throughout the game. The trio totaled two goals (both from Kakko), an assist (from Lafreniere) and 10 shots on goal.

Still, Gallant wasn’t particularly pleased with the Rangers performance — especially the players on the roster bubble. 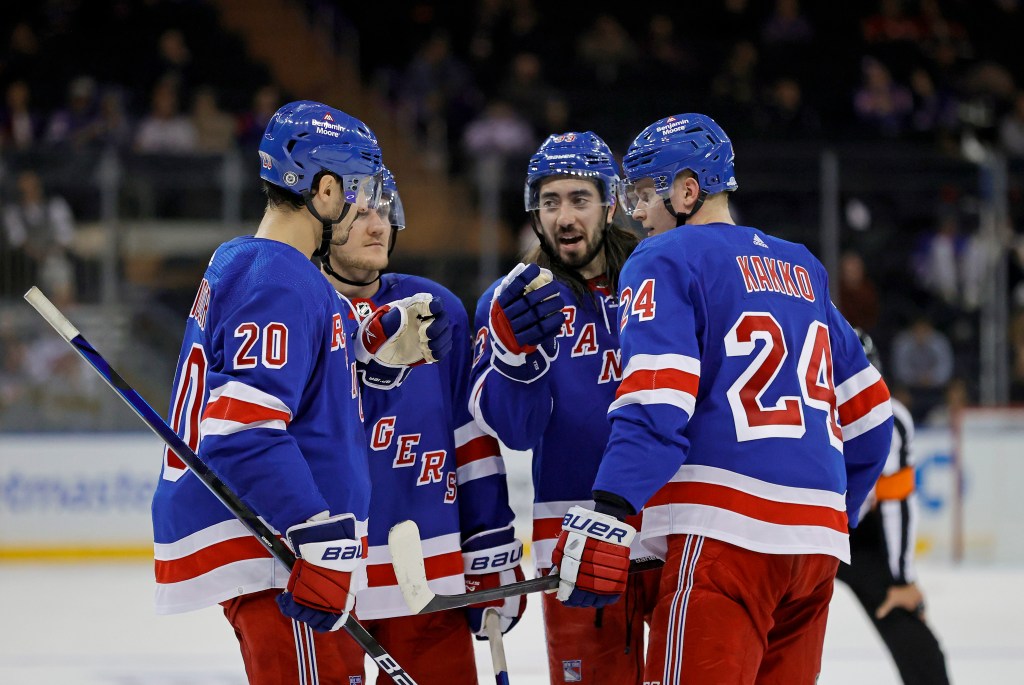 “A lot of them didn’t do themselves favors with tonight’s game,” he said. “A lot of guys are battling for jobs, but it wasn’t a good game for a lot of those guys tonight. Our whole team, we weren’t good enough.”

Ryan Lindgren is day-to-day with an undisclosed lower-body injury and didn’t skate against Boston. Gallant said the Rangers are “playing it real safe” with Lindgren, who was sidelined for three games in the first round of the playoffs last season with a lower-body injury.

As a result, his defensive partner, Adam Fox, was also held out of the lineup to keep the desired D pairings together.

“Could he skate today? Yes,” the coach said. “We’re not concerned.”

Igor Shesterkin was scheduled to start Wednesday night at MSG, but the Rangers said “stomach issues” relegated the star netminder to the bench. As a result, Jaroslav Halak got the nod and gave up five goals on 26 shots in the loss.