Senate candidate John Fetterman, D-Pa., has removed mentions of Black Lives Matter from his campaign website in the last month, a review of archived webpages showed.

The “issues” page on Fetterman’s website currently includes sections on inflation, criminal justice reform, legalizing cannabis, renewable energy, immigration and several other topics, but doesn’t include any section devoted to Black Lives Matter. Archived copies of the page, though, show that as recently as Aug. 22, the same page highlighted Fetterman’s commitment to Black Lives Matter.

“John served as mayor of a city that’s more than 80% Black, and has championed the idea that Black lives matter since long before it became a hashtag,” the previous version of the campaign website stated under a section titled “Black Lives Matter.”

The same line appears to have been on Fetterman’s website since February 2021, the month he announced he would run for Senate. Fetterman secured the Democratic nomination for the seat in May, setting up a showdown against Republican nominee Dr. Mehmet Oz in November.

Fetterman spokesperson Joe Calvello said it was “false” to suggest the campaign has removed all Black Lives Matter references. He explained that Fetterman references Black Lives Matter in a “personalized video” on the site addressing gun violence. In the video, which was published in April, Fetterman states that, in the past, he never saw the media or general public caring about “Black lives mattering.” 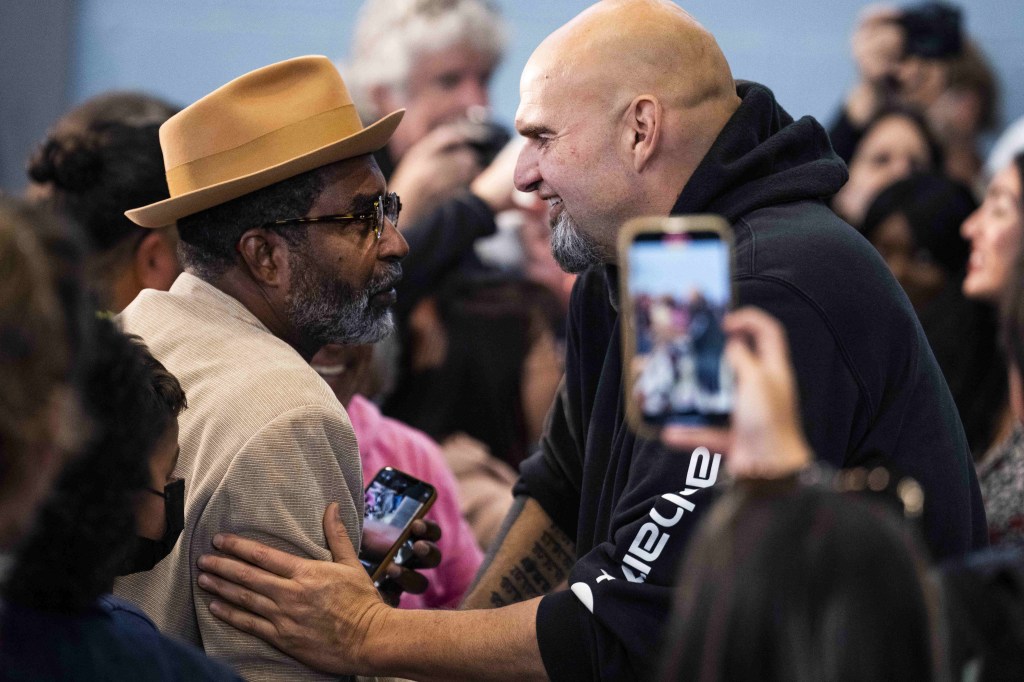 “The one section you seem to be referencing was removed when we updated and greatly expanded our issues page weeks ago,” Calvello told Fox News Digital in a statement. “Voters deserve to know where we stand, and we’re proud that we spell out our platform clearly on our website.”

Meanwhile, Fetterman — who is Pennsylvania’s current lieutenant governor and the former mayor of Braddock, an eastern suburb of Pittsburgh — has been criticized for a 2013 incident in which he pulled a gun on a Black jogger. He reportedly followed the man, who he suspected of committing a crime, in a pickup truck with a shotgun and detained him until police arrived. The jogger was eventually found innocent and released.

“He was a white man with a gun chasing a Black man,” Fawn Walker-Montgomery, a former city council member of a jurisdiction near Braddock, told NBC News in April. “I used to be on the council in McKeesport, and if I chased after a person with a gun, I would still be in jail. He’s showing he’s not aware of his white privilege.”

Rev. Mark Kelly Tyler, a Democratic organizer in Philadelphia, added that anybody who thinks the incident won’t have an impact on Black voters’ decision is “living in fantasy land.” Michael Nutter, the last Black mayor of Philadelphia, told NBC News that Fetterman should “just ‘fess up” and apologize.

He has also received criticism for his positions on crime and criminal justice reform. Fetterman’s campaign recently walked back comments he made that appeared to advocate for the release of individuals convicted of second-degree murder. 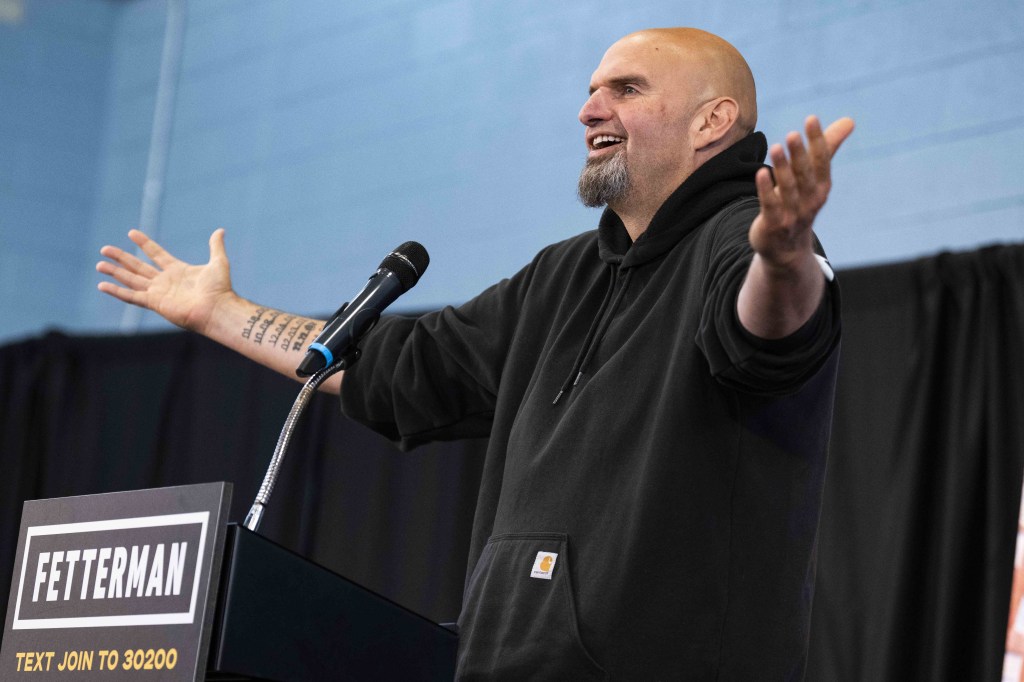 Fetterman has previously signaled his support for the Black Lives Matter movement. In June, he expressed support for the movement in a tweet saying Juneteenth, a holiday commemorating the emancipation of enslaved African Americans, should have been made a federal holiday a “long time ago.”

“Today we celebrate emancipation + reflect on the long shadow of systemic racism in America,” he tweeted. “PA always stands by the unshakeable truth that Black families matter + Black lives matter.”

In 2016, amid his first run for Senate, he stated that he had a “Black Lives Matter kind of worldview.”

“So this idea that I was anti-establishment — I just ran on what I felt were important, common sense issues whether that was a living wage, marijuana legalization, a Black Lives Matter kind of worldview, but also a community policing.”

He added that it was “common sense” that cities that rejected the Black Lives Matter movement would have higher crime rates. 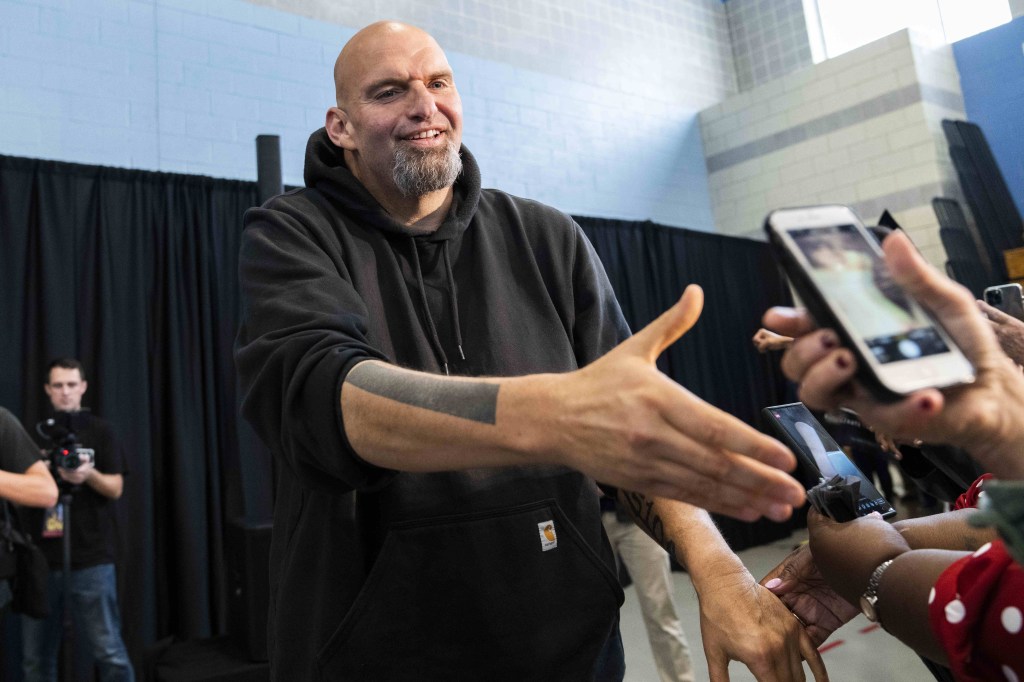 “The Black Lives Matter movement has brought to the national conversation many of the inequalities I’ve worked to confront here in Braddock,” he wrote. “I’m so grateful it has because we need to realize that as far as the way America treats African-Americans, black lives don’t matter in this country.”

Fetterman concluded the post saying the nation needs to recognize how inequality is “deeply embedded” in the country.