The biannual Field of Dreams game

was very inspiring for John Smoltz.

The Hall of Fame right-hander continued working on FOX Sports' broadcast after his father, John Adam Smoltz, died Thursday at the age of 79. He would have turned 80 next month, according to his NBC affiliate WILX10in Lansing, Michigan.

"He lived by his beliefs and loved his family. He's not playing this game," Smoltz, 55, said on air. "I can't think of another day to honor him. When I think of this park, this movie, and how he loved all of us and everyone he came in contact with. 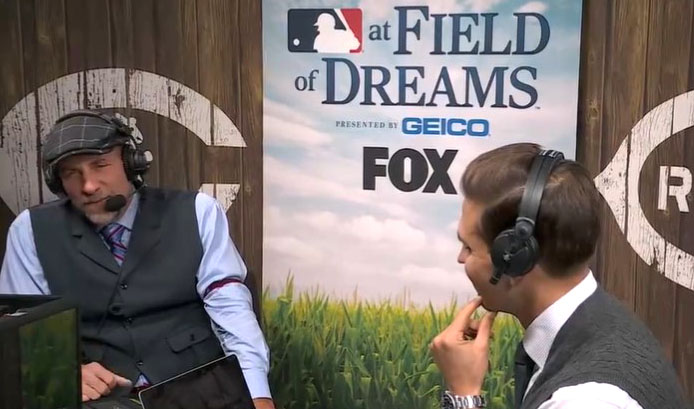 Smoltz's broadcast partner, Joe Davis, asked why he still decided to call the game. In his eighth inning of the Cubs' 4-2 victory over the Reds in Dyersville, Iowa, Smoltz said, "I can't explain my peace." said. "It comes from God and the way he lived. … I call it 4 L. He lived. He laughed. He learned. … He listened." He has given us everything we need to do our job and show up.

"And I feel like I show up at work. Mother, For my brothers, sisters and the support I got today, there is no better way," Smoltz added. "Today started early in the morning. I'm sure [his death] will hit [me] when I get home. But if he leaves, today is the perfect day for him."

Smoltz also told a wonderful story about a father who made his first baseball card when the pitcher was in high school, and then handed out the cards to people wherever he went. At first Smoltz wanted his father to stop doing that, but in his later years he came to appreciate it.

"I miss him, but he lives every day for him," said Smoltz.