Gun expert explains how McIver could have accidentally shot wife

A judge on Friday denied bond for a well-connected Atlanta man who's awaiting a second trial in the killing of his wife after Georgia's highest court overturned his murder conviction earlier this year.

Claud "Tex" McIver, 79, was convicted in 2018 on charges including felony murder in the September 2016 death of 64-year-old Diane McIver and was sentenced to serve life in prison. The Georgia Supreme Court in June reversed the murder conviction, saying the jury should have had the option to give him a misdemeanor involuntary manslaughter charge.

When reversing his other convictions, the high court affirmed his conviction for influencing a witness. But McIver finished serving his sentence for that conviction last month. Prosecutors said in a court filing in July that they plan to retry McIver on charges of felony murder, aggravated assault with a deadly weapon and possession of a firearm during the commission of a felony.

Samuel asked for a $220,000 bond and asked that McIver be allowed to live with his sister near Dallas, Texas, the newspaper reported.

"He's 80 years old," Abbate said. "After being convicted of murder he's less likely to return to court because he has less to lose." 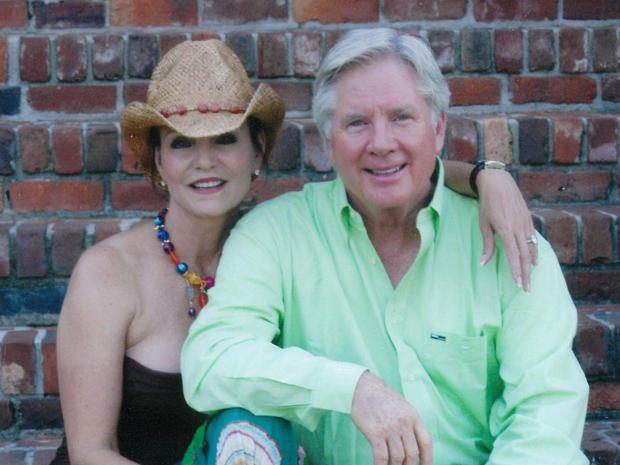 After hearing from four witnesses called by the state who all asked the judge not to let McIver go free, McBurney denied the request for bond.

"I have before me a man who has heard a jury say you are guilty of felony murder and will spend the rest of your natural life in prison," McBurney said. "That is a powerful incentive for you, Mr. McIver, not to come back to court and face some of the same evidence."

The McIvers were wealthy and well-connected. He had been a partner at a prominent labor and employment law firm and served on the state election board. She was president of U.S. Enterprises Inc., the parent company of Corey Airport Services, where she had worked for 43 years.

At the time of the shooting, Tex McIver was no longer a partner at his firm and his income had dropped significantly. He and his wife kept separate finances and prosecutors alleged he killed his wife because he needed her money to cover his expenses. Defense attorneys disputed that, saying McIver deeply loved his wife and her death was a tragic accident.

Dani Jo Carter, a close friend of Diane McIver, was driving the couple's Ford Expedition the evening of Sept. 25, 2016, as the three returned from a weekend at the McIvers' horse farm about 75 miles east of Atlanta. Diane McIver was in the front passenger seat and Tex McIver was in the back seat behind his wife.

With traffic heavy on the interstate, Carter exited in downtown Atlanta. A short while later, McIver fired the gun once, striking his wife in the back. Carter drove to a hospital where Diane McIver died.