Judy Tenuta, the stand-up comedienne and actress known as the "Love Goddess," died on Thursday. She was 72.

Tenuta's publicist Roger Neal confirmed that she died of ovarian cancer at her home in Los Angeles while surrounded by family.

"She was a very funny, amazing performer," Neal told The Associated Press, adding that it was always a "happy time to be around her." 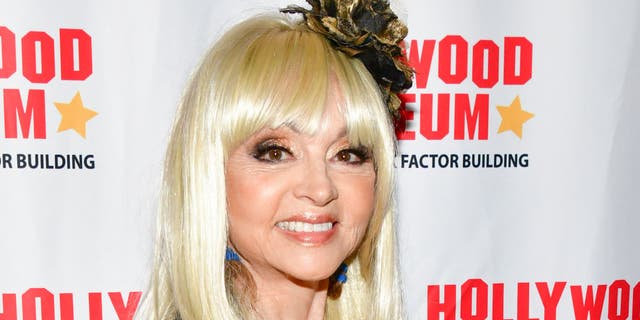 Judy Tenuta, the stand-up comedian and actress known as the ‘Love Goddess’, died on Thursday at the age of 72. (Photo by Rodin Eckenroth/Getty Images)

Earlier reports of her death stated that Tenuta was 65 since she had previously claimed that she was born on Nov. 7, 1965, though her actual birth year was 1949.

Tenuta was known for her shrill, gravelly delivery, her acerbic, expletive-laden humor and her accordion-playing. According to her obituary, friends suggested that she incorporate an accordion into her act as she developed her whimsical, wisecracking persona, the "Love Goddess."

The veteran comic learned to play the instrument after being encouraged by her mother, who was a fan of accordionist Lawrence Welk. Tenuta's accordion, which she described as "an instrument of love and submission," is currently on display in the Hollywood Museum.

Born in the Chicago, Illinois suburb of Oak Park, Tenuda was the daughter of a Polish mother, Johanna, and an Italian father, Caesar. She was raised in a Catholic family as one of nine siblings, including six brothers. Tenuta majored in theatre at the University of Illinois at Chicago and became the first of her family to graduate from college. 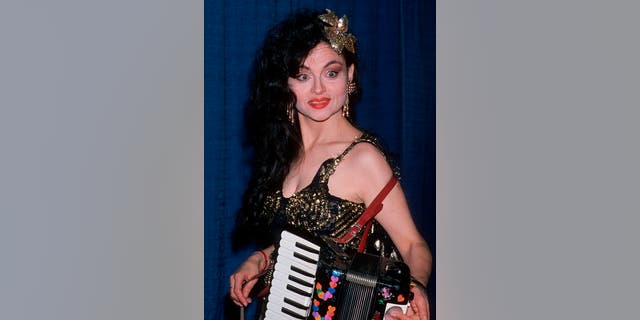 Tenuta's friends suggested that she incorporate an accordion into her act as she developed her whimsical, wisecracking persona, the "Love Goddess."  (Photo by Ron Galella, Ltd./Ron Galella Collection via Getty Images)

At her first solo show, Tenuta shocked audiences when she dressed up as the Virgin Mary. In addition to the "Love Goddess,"  she developed other oddball, campy personas including the "Aphrodite of the Accordion," "The Petite Flower," "Fashion-Plate Saint," "Queen of Candy-Pants," "Princess of Panty Shields," "Empress of Elvis Impersonators," and the "Buffer of Foreheads", all of whom wore whimsical costumes and used a variety of props.

Despite her outlandish clothes and bizarre stage appearance, Tenuta said most people caught on immediately to her act, which included the self-centered religion she called "Judy-ism."

"In my religion, I’m the only one that gets to complain. The really nice thing about my religion is you can forget all about your problems and think about mine for a while," she told The Associated Press.

In the late 1980s, Tenuta gained national attention after starring with Ellen DeGeneres, Paula Poundstone, and Rita Rudner in the 1987 HBO special "Women of the Night." 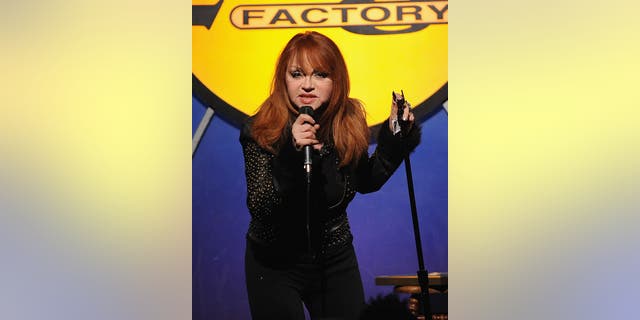 She was among a generation of performers who drove the popularity of live comedy in clubs nationwide. (Photo by Michael Schwartz/WireImage)

From 1987 to 1988, she toured across the U.S. with comedy icon George Carlin. In 1988′s "American Comedy Awards" TV special, Tenuta was named best female comedy club performer opposite male winner Jerry Seinfeld. Other honorees that year for their club or screen work included Robin Williams, Lily Tomlin and Bette Midler.

She later relocated to Los Angeles while also continuing to perform on national tours for years afterwards, including special visits to the comedy circuit in Chicago.

In the 1990s, Tenuta was nominated for two Grammy Awards for her comedy CDs, "Attention Butt-Pirates and Lesbetarians!" and "In Goddess We Trust,"

She was among a generation of performers who drove the popularity of live comedy in clubs nationwide including the Comedy Store in Los Angeles, Laff Stop in Houston and Caroline’s in New York City. A typically male-dominated field found room for women, including Tenuta.

She was a frequent guest on late-night talk shows and game shows and with radio shock jock Howard Stern. She starred alongside Bruce Vilanch in the 2011 independent film "Sister Mary" and appeared in Hillary and Haley Duff’s 2006 comedy "Material Girls," and the 2013 movie "Gibsonburg." She also took on roles in television shows including "General Hospital," "Corey in the House" and "Ned’s Declassified School Survival Guide."

Devastated to hear of the passing of my dear, dear friend, the lovely Miss Judy Tenuta. I can’t believe she’s gone. Earth has truly lost a goddess. pic.twitter.com/TiRuWTARiB

She also voiced characters in "Duckham," "Cow and Chicken" and "Space Ghost Coast to Coast." Tenuta appeared onstage in "The Vagina Monologues" and "Menopause the Musical" in Los Angeles and Chicago.

Tenuta played several characters on "The Weird Al Yankovic Show" and was featured in many of Yankovic’s comedy shorts and music videos.

After learning of her death, Yankovic tweeted, "Devastated to hear of the passing of my dear, dear friend, the lovely Miss Judy Tenuta. I can’t believe she’s gone. Earth has truly lost a goddess."