SEOUL – US Vice President Kamala Harris is set to condemn North Korea’s weapons tests in Seoul ahead of her first visit to the Demilitarized Zone (DMZ) separating the Koreas on Thursday, just hours after the isolated country test-fired missiles.

Harris held talks with South Korean President Yoon Suk-yeol in Seoul where she was expected to discuss North Korea’s latest missile launch as well as China’s actions in the Taiwan Strait, a White House official said. 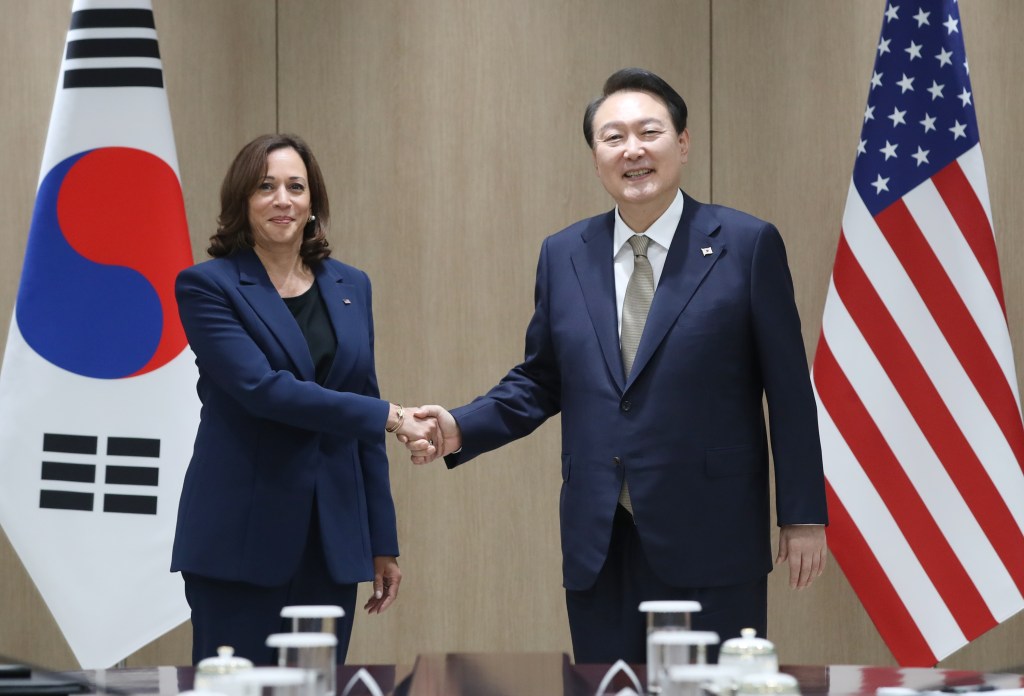 Harris touted the alliance as a “linchpin” of security and prosperity on the Korean peninsula and in the Indo-Pacific, and expressed hopes to further bolster ties.

“I’m here to reinforce the strength of our alliance and strengthen our work together,” she told Yoon at the start of their meeting.

Yoon also vowed to boost the alliance, saying Harris’ visit following US President Joe President Biden’s trip last May will be “another turning point” to achieve that goal. 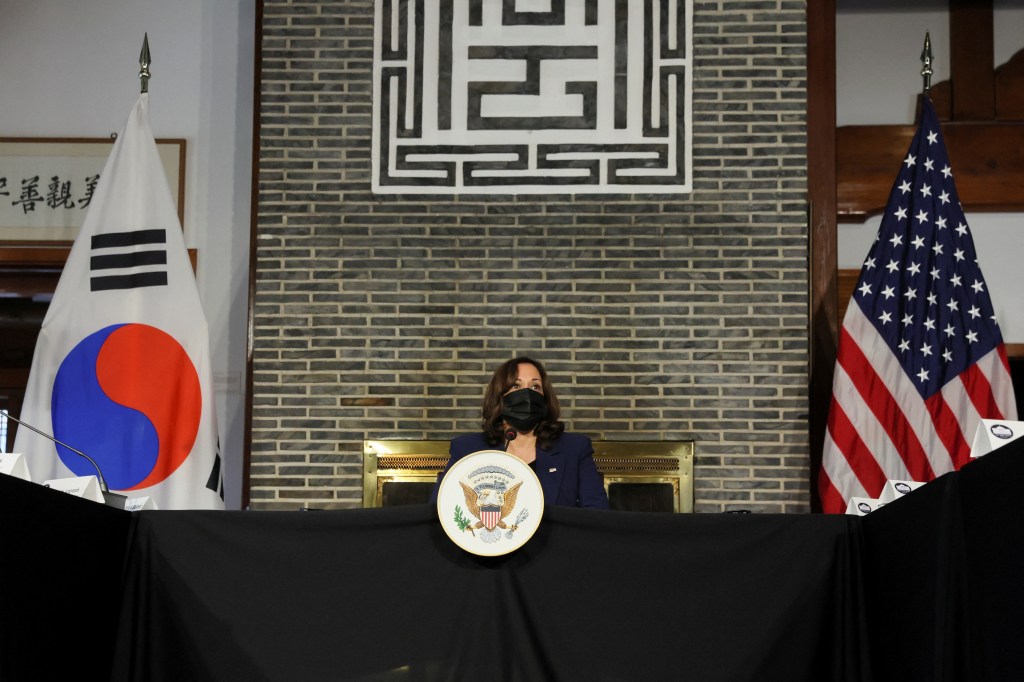 Aides said Harris’ visit to DMZ is intended to show unwavering US commitment to South Korea’s security but took on new urgency after the two short-range ballistic missiles were shot off North Korea’s east coast on Wednesday.

Biden’s aides have been shoring up alliances to manage China in the region, including over Taiwan. But South Korean President Yoon Suk-yeol told CNN in an interview aired on Sunday that in a conflict over Taiwan, North Korea would be more likely to stage a provocation and that the alliance should focus on that concern first.

The missile test is the second since Sunday and comes two days after South Korea and US forces conducted a military drill in waters off South Korea’s east coast involving an aircraft carrier.

South Korean and Japanese navies said they will stage trilateral anti-submarine exercises with US forces on Friday, designed to improve their capability to counter evolving North Korean threats, including its submarine-launched ballistic missiles.

North Korean leader Kim Jong Un has said it is developing nuclear weapons and missiles to defend against U.S. threats. 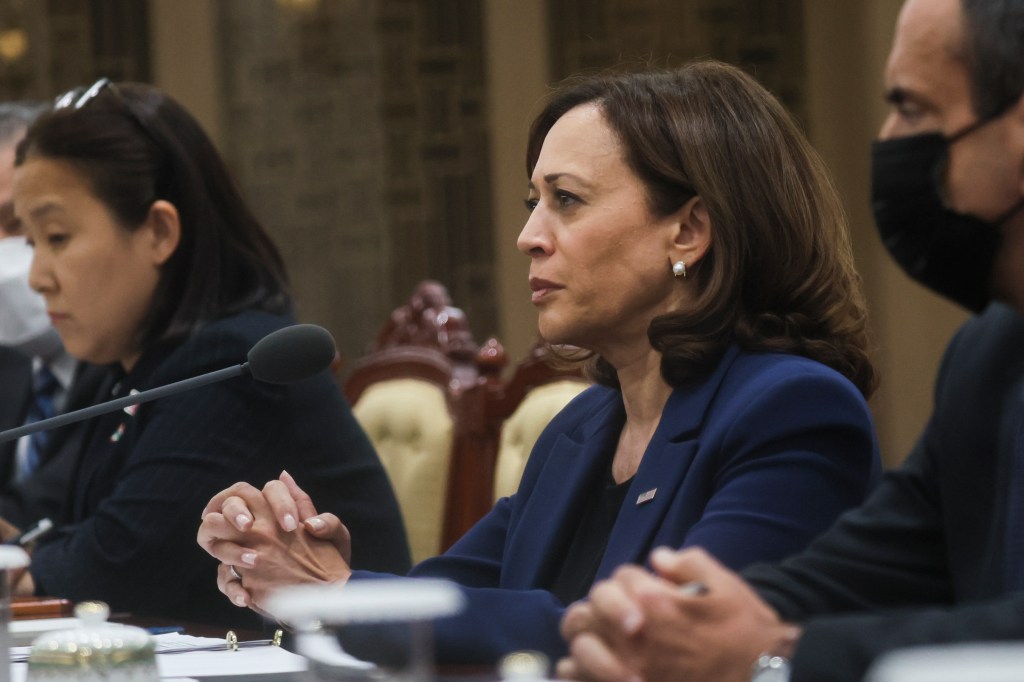 A White House official said the women had “made strides in building a more inclusive and equitable society,” and the session was to demonstrate the importance the Biden administration placed on gender equity.

Harris’ visit to the DMZ is the first by a senior Biden administration official and is expected to come later on Thursday. 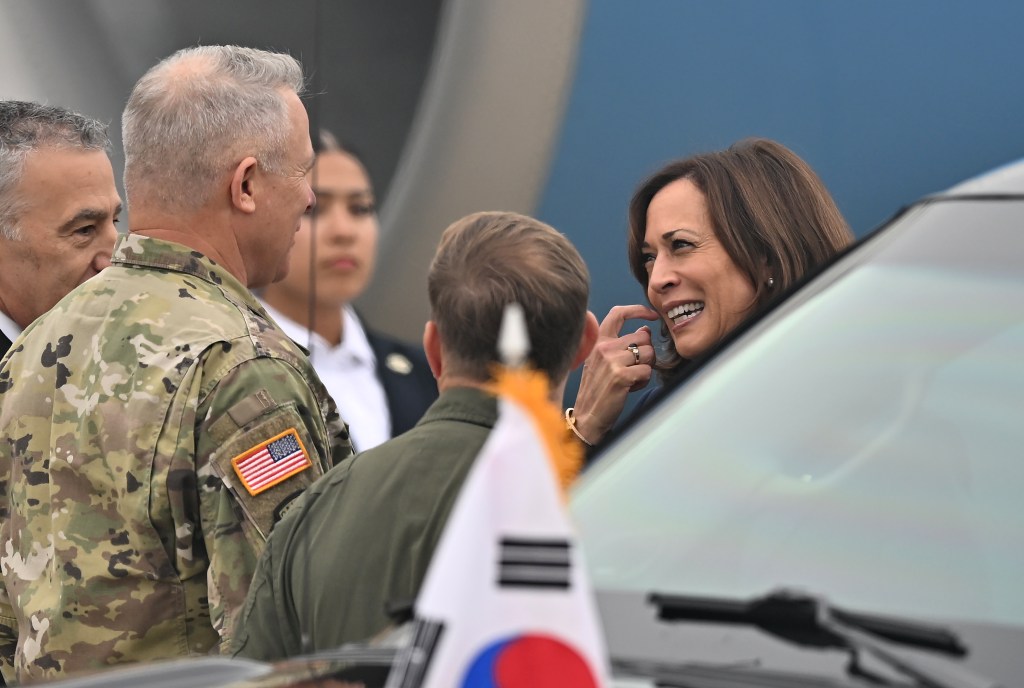 Several former US presidents, and Biden himself before he became president, have visited the DMZ, but former President Donald Trump became the first to have met a North Korean leader there when he held a third meeting with Kim Jong Un in 2019 as part of his unsuccessful effort to persuade Kim to give up his nuclear and missile programs.

The DMZ is often described as the world’s last Cold War frontier and has existed since the 1950-53 Korean War ended in a armistice rather than a peace treaty.