“I stand by Balenciaga and denounce all witch hunts and I cancel cancel culture Jesus is King Ending trafficking doesn’t start or end with a fashion campaign for Christ Sake,” he said in the midst of a Twitter storm late Thursday night.

He then said in a second tweet, which featured a picture of himself, “Never turn our backs Demna and the Balenciaga family for life Cancel cancel culture Jesus please heal.”

Earlier in the day, the rapper had shared on Twitter a text exchange with Balenciaga’s creative director, Demna Gvasalia, whom he’s worked with closely on multiple projects for years.

In the alleged texts, Denma begged West to ask his fans to “stop Denma hate,” to which he responded with “Love cures everything, Love Denma.” 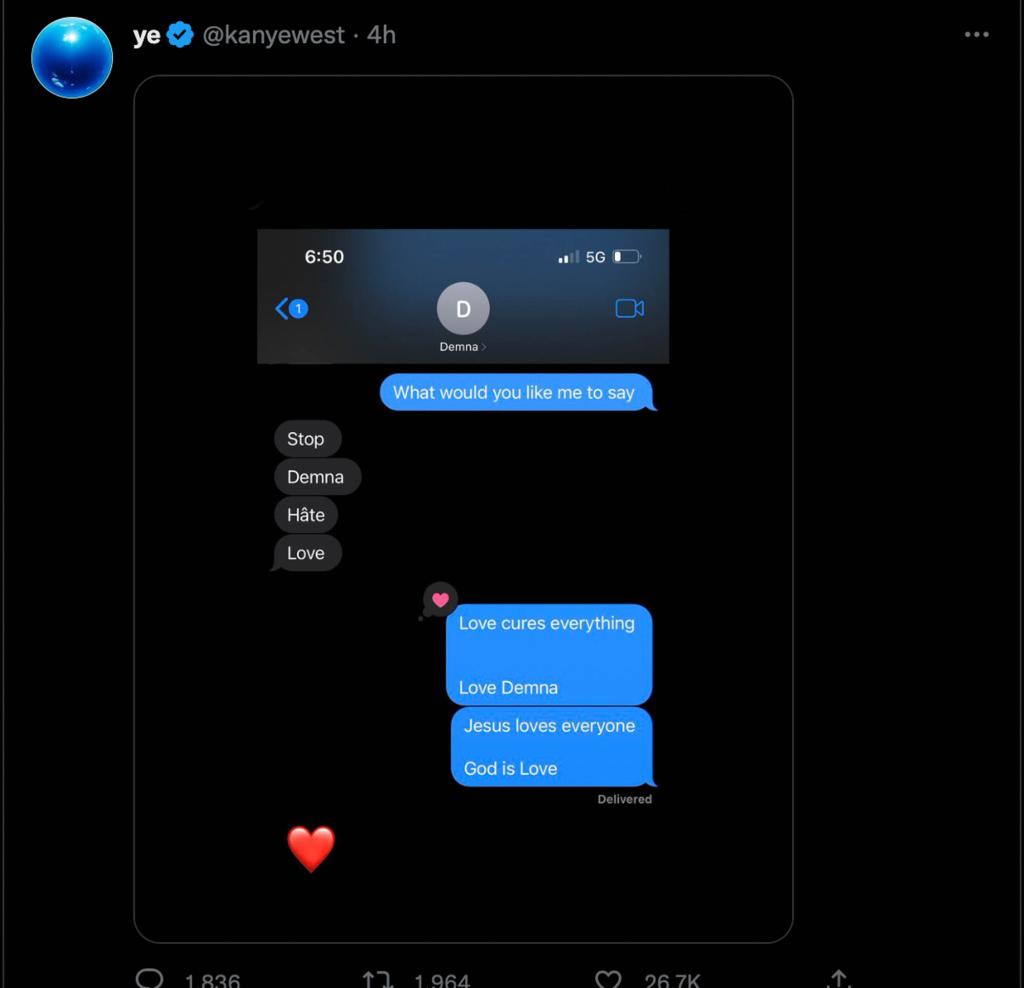 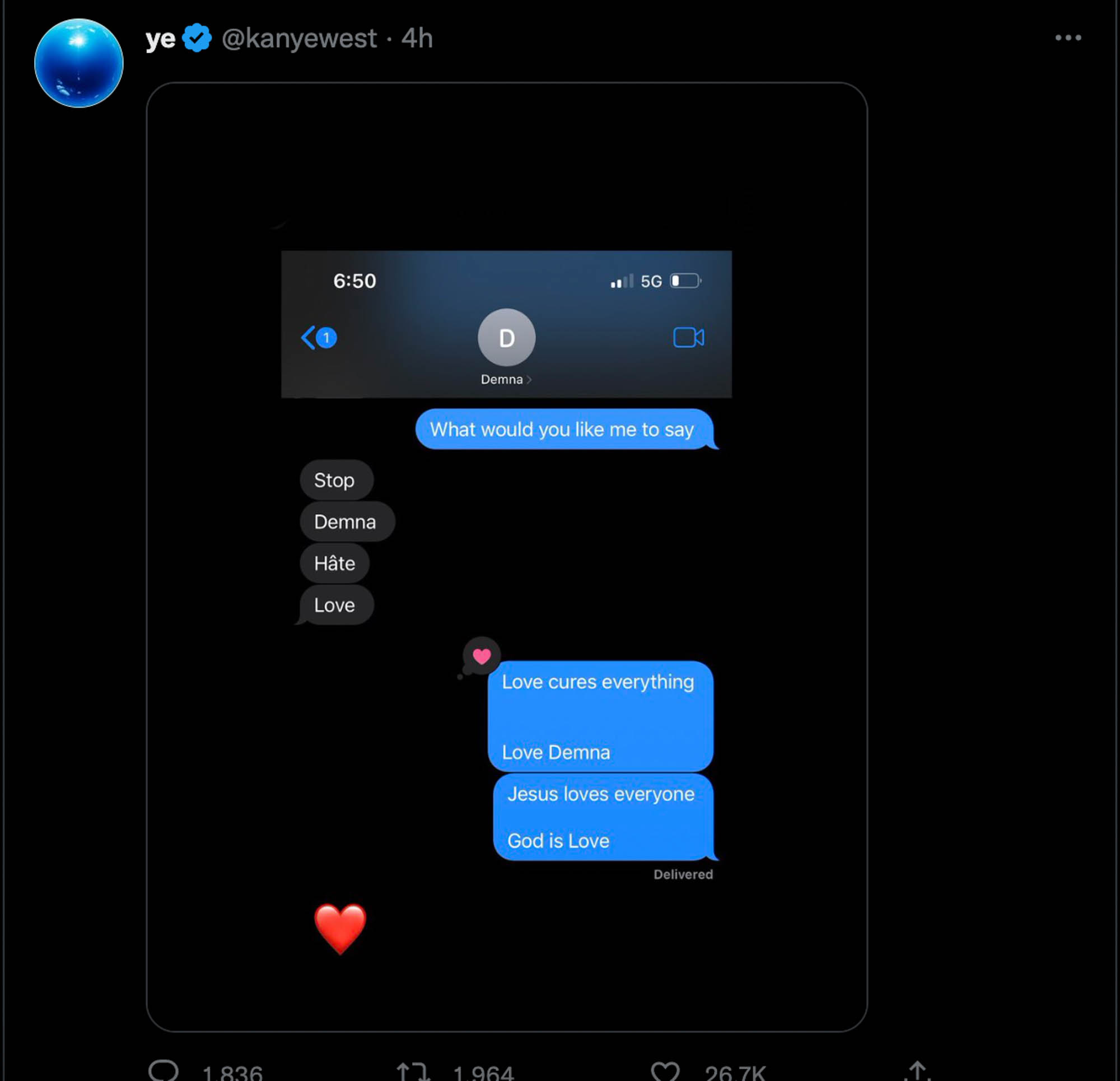 West, 45, followed up the conversation tweet with another that read, “God loves Balenciaga Love is the answer Jesus is the answer Praying for all of the innocent artist and beautiful humans who make clothing that had nothing to do with the adds [sic] Peoples grandmothers work their [sic] for Christ sake.”

The rapper also said that canceling Balenciaga was not the way to end the sex trafficking of children.

He also asked fans to stop hating on Denma, the creative director of Balenciaga.

West also took the chance to share a logo that appeared to be a mix of the Star of David and a Swastika. The tweet was deleted shortly after because it “violated Twitter rules.”

The “Yeezy” designer — who had been dropped by the fashion house over anti-Semitic remarks — had previously called out celebrities for not speaking out on the ad.

However, a day later, his now ex-wife Kardashian slammed the brand, saying she was “disgusted.”

“I have been quiet for the past few days, not because I haven’t been disgusted and outraged by the recent Balenciaga campaigns, but because I wanted an opportunity to speak to their team to understand for myself how this could have happened,” Kardashian tweeted. 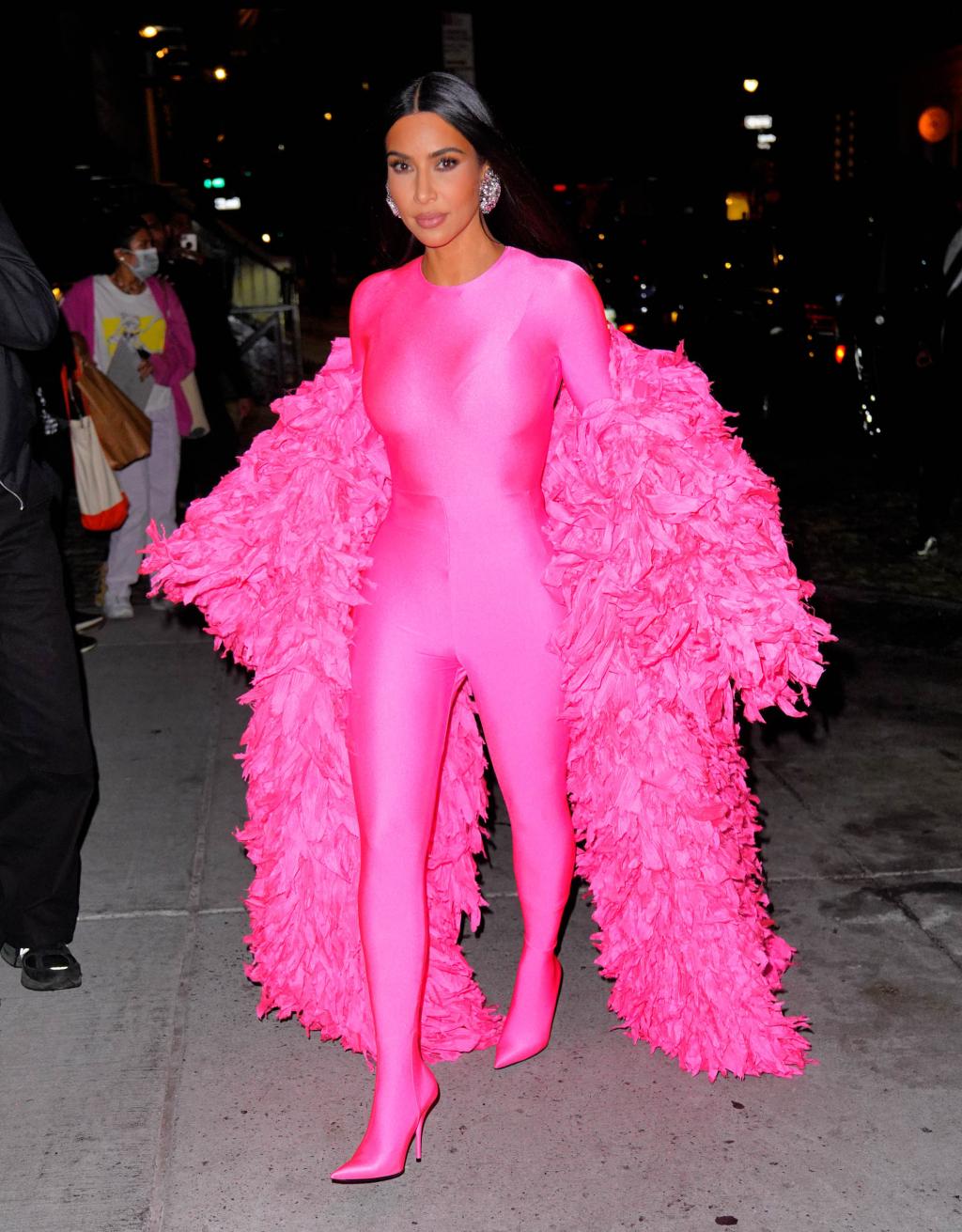 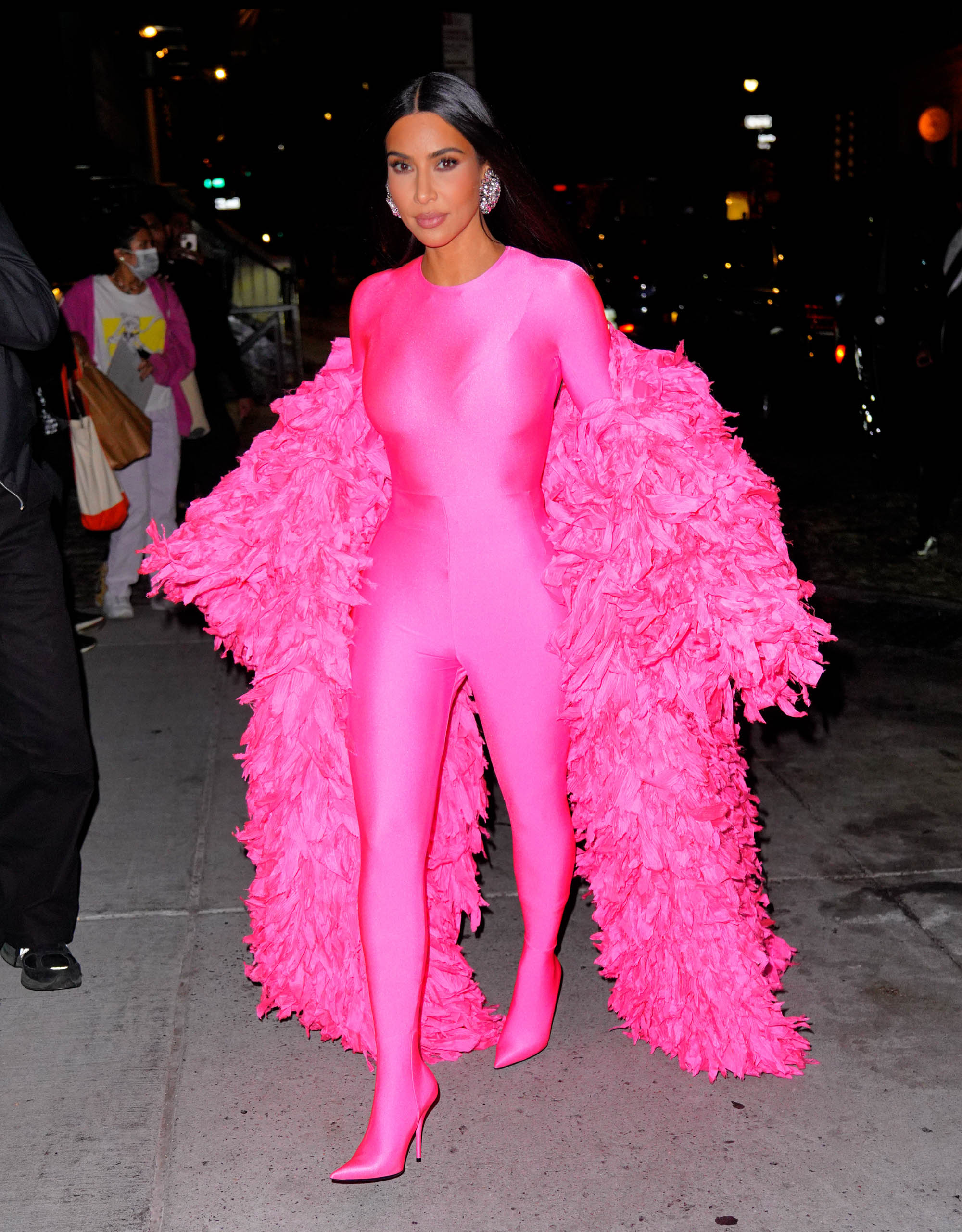 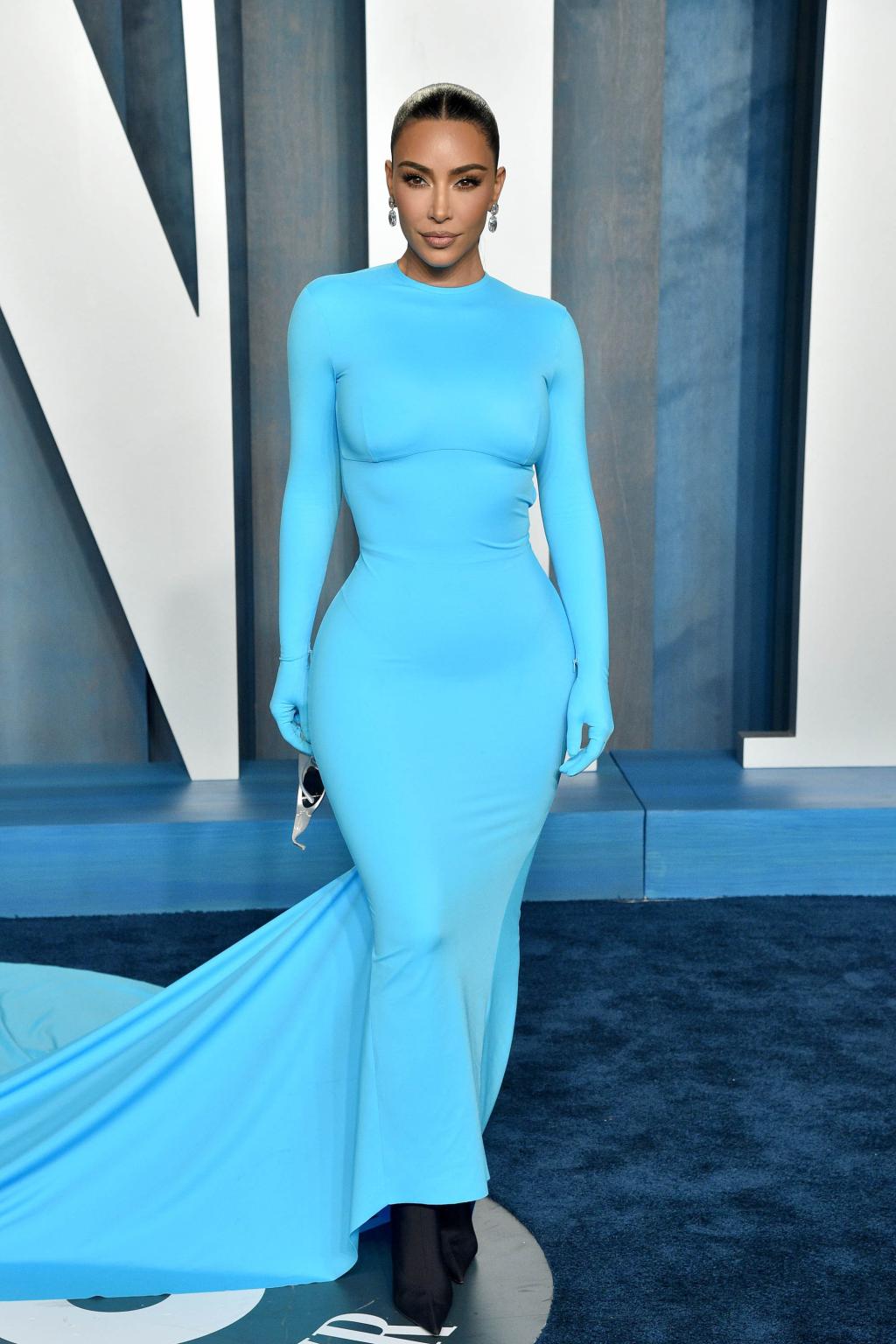 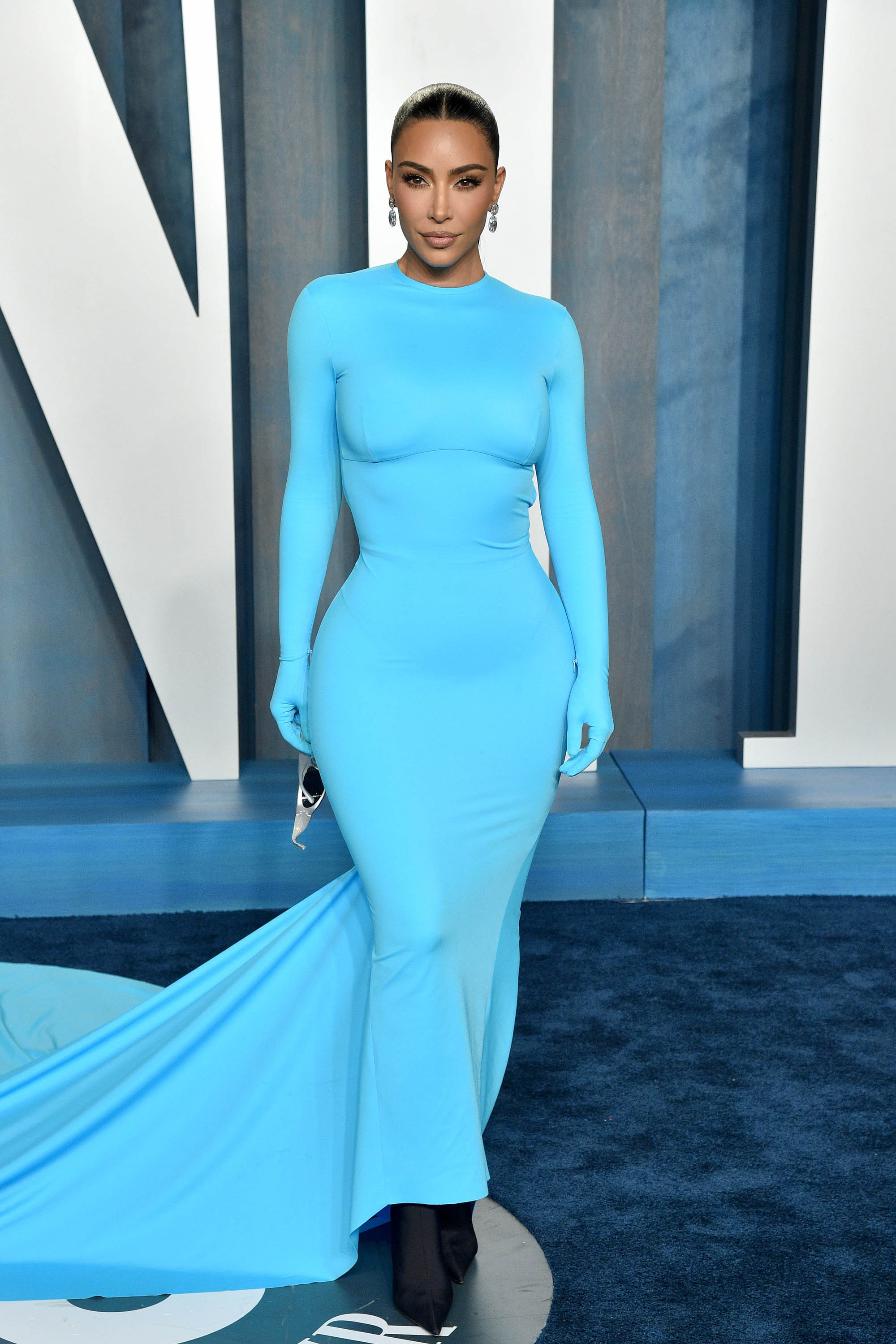 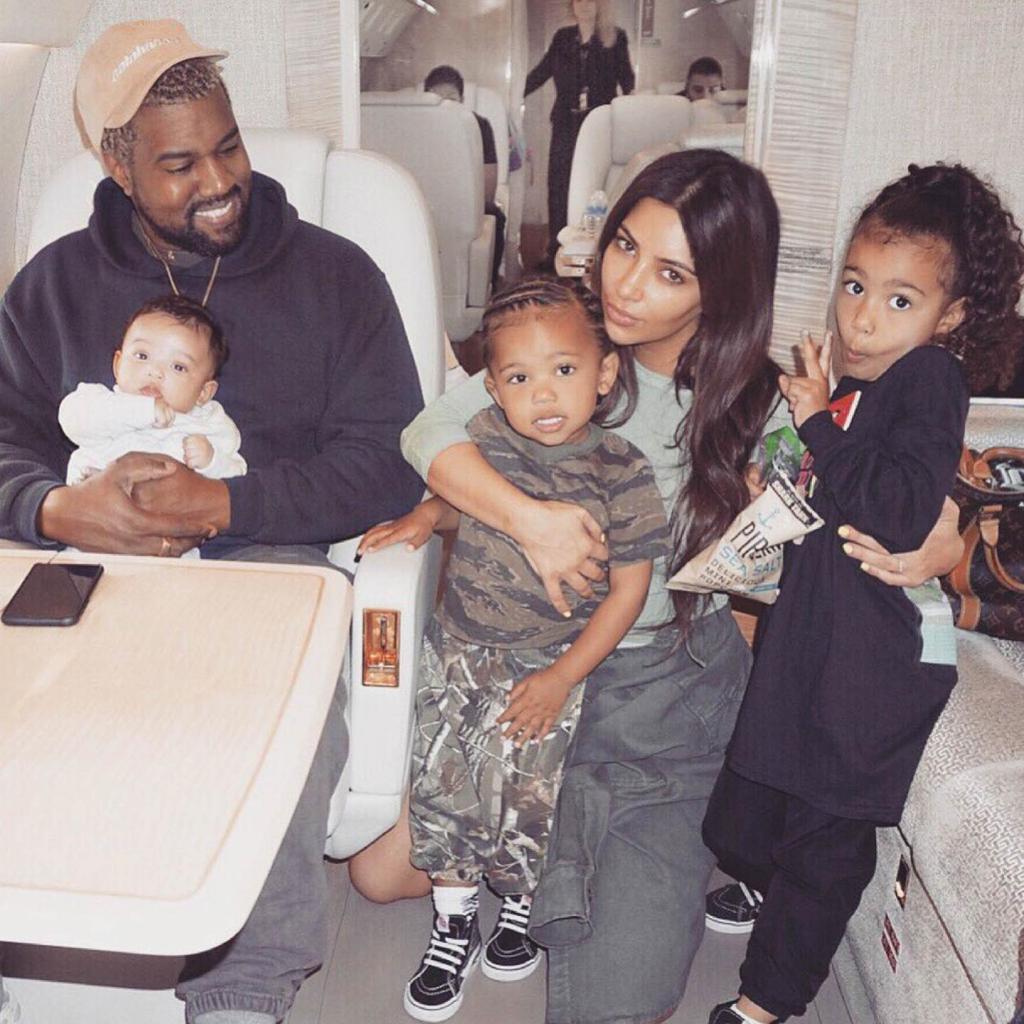 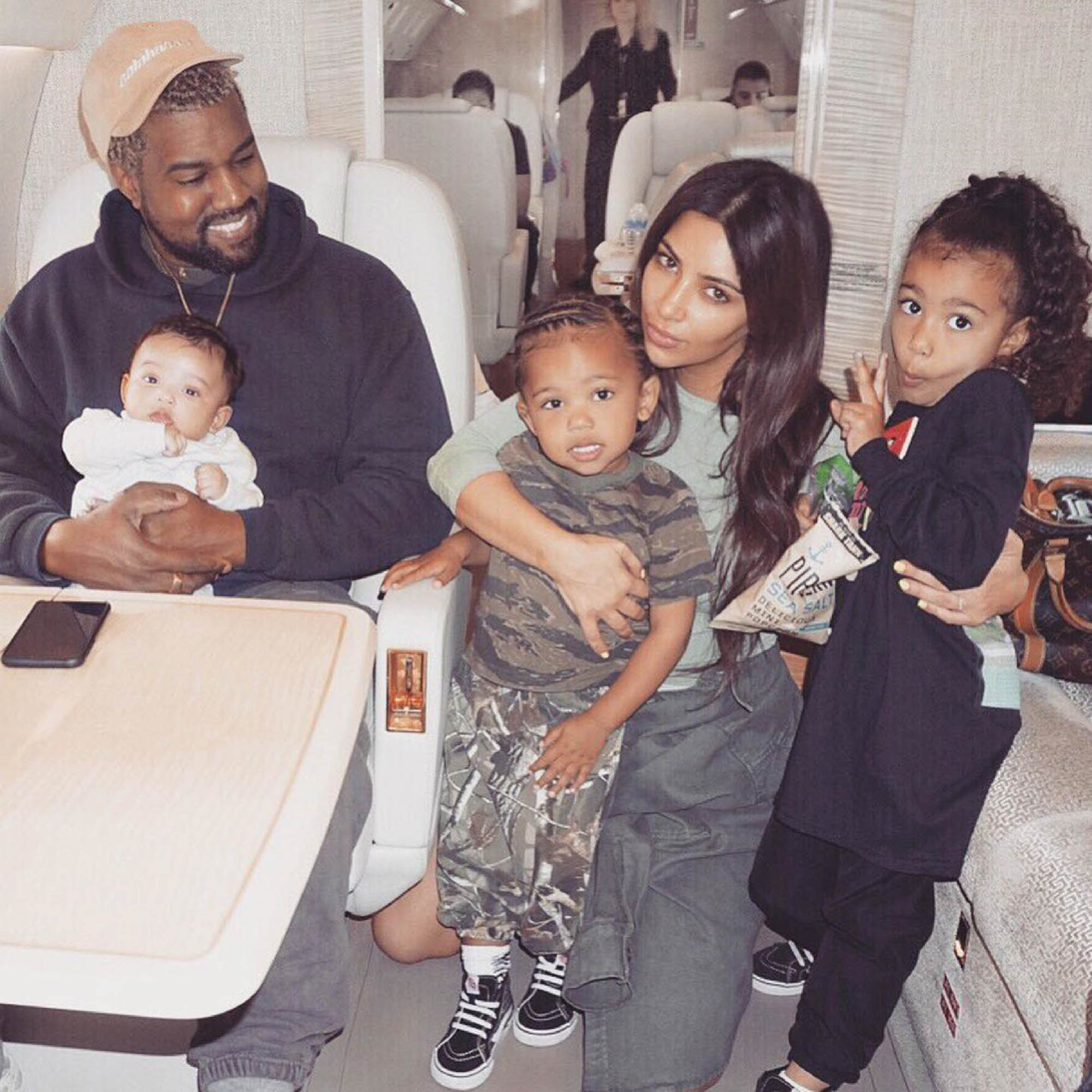 “As a mother of four, I have been shaken by the disturbing images. The safety of children must be held with the highest regard and any attempts to normalize child abuse of any kind should have no place in our society — period.”

She continued, “I appreciate Balenciaga’s removal of the campaigns and apology. In speaking with them, I believe they understand the seriousness of the issue and will take the necessary measures for this to never happen again.”

Despite saying she was re-evaluating her relationship with one of her favorite brands, she ultimately declined an offer to work with them in 2023.

He said that he “like[s] Hitler” and sees “good things” about the late Nazi Party leader and genocidal dictator responsible for the Holocaust.

“You can’t say out loud that this person ever did anything good, and I’m done with that,” he continued. “I’m done with the classifications. Every human being has something of value that they brought to the table, especially Hitler. How about that one?”

For months now, celebs denounced the musician’s behavior, while companies including Adidas, Gap, JPMorgan Chase and Vogue have severed their working ties with him.