Kate Middleton is giving fans a royal treat with another tiara moment.

The Princess of Wales, 40, attended the Diplomatic Reception at Buckingham Palace on Tuesday sporting a rarely seen headpiece: the Lotus Flower Tiara, which she last wore in 2015.

She previously sported the necklace-turned-tiara at the 2013 Diplomatic Reception and at the 2015 state banquet for Chinese President Xi Jinping, when she happened to pair it with another sparkling red dress, though she wore her hair swept up in a chignon at the time.

This time around, Middleton shimmered in a scarlet long-sleeved Jenny Packham gown featuring all-over floral beading. She wore her hair in an uncharacteristically straight style and accessorized further with earrings that belonged to Queen Elizabeth II. 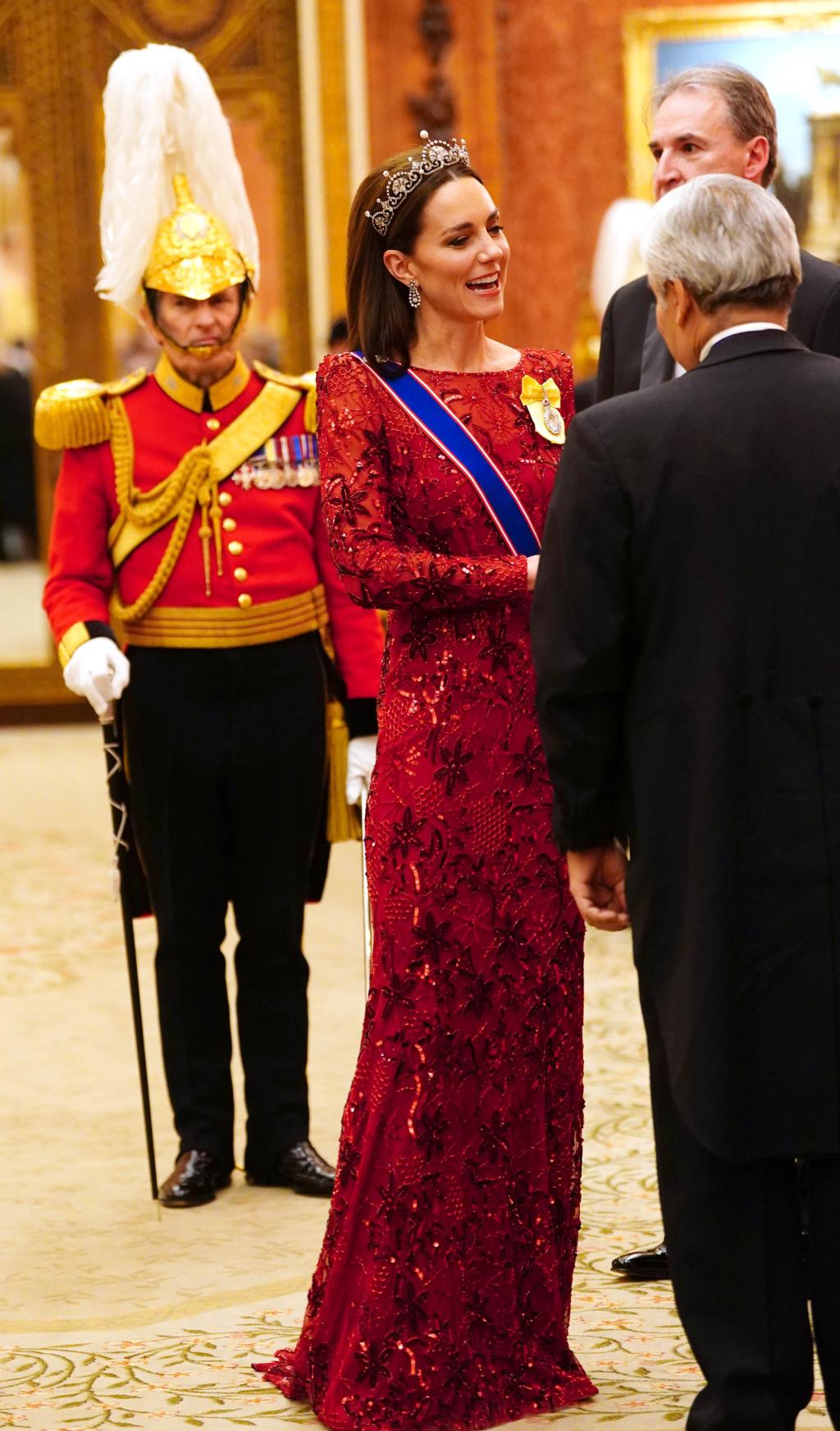 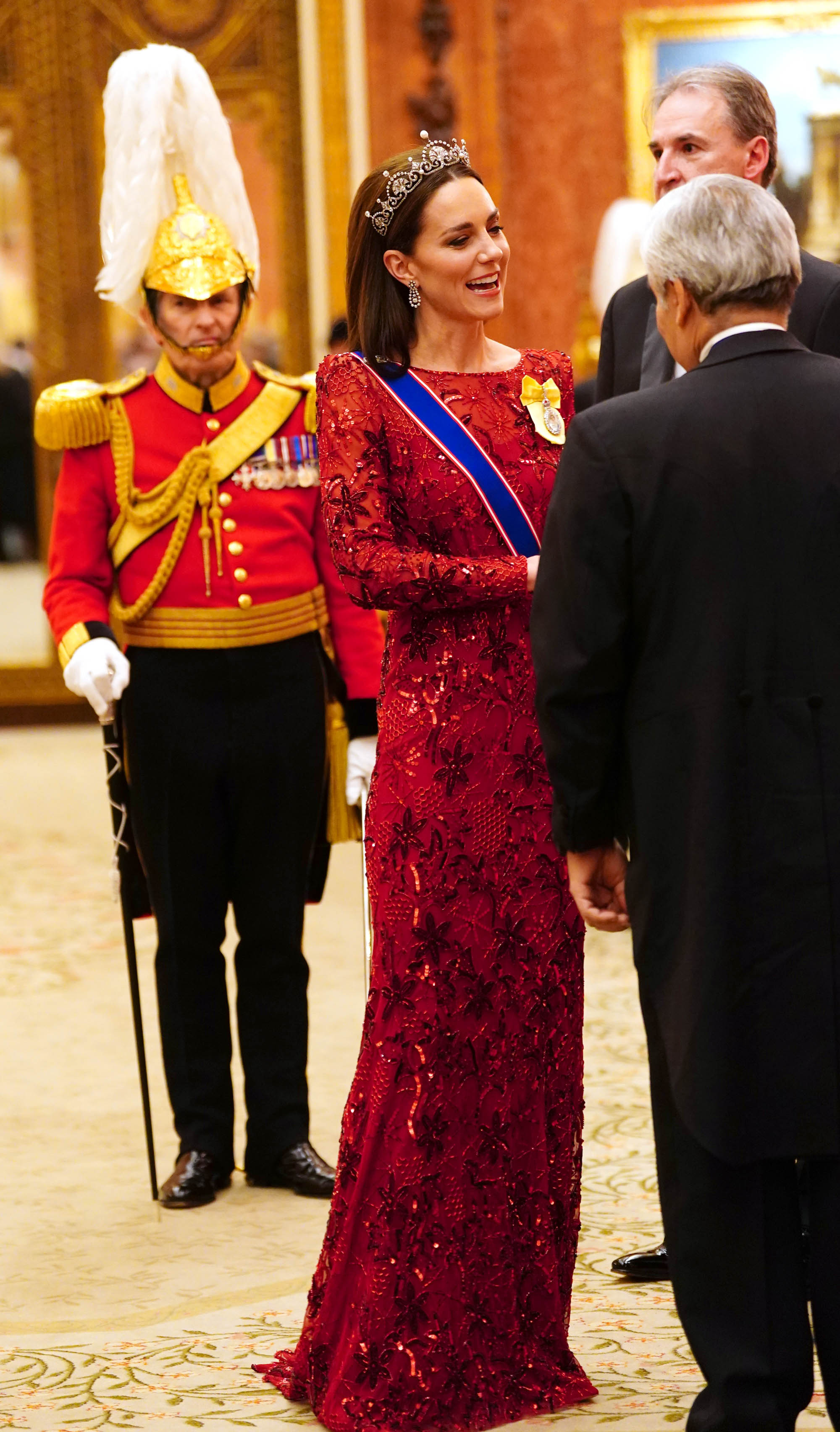 Middleton sparkled in a red beaded Jenny Packham gown and dangling earrings that once belonged to Queen Elizabeth. 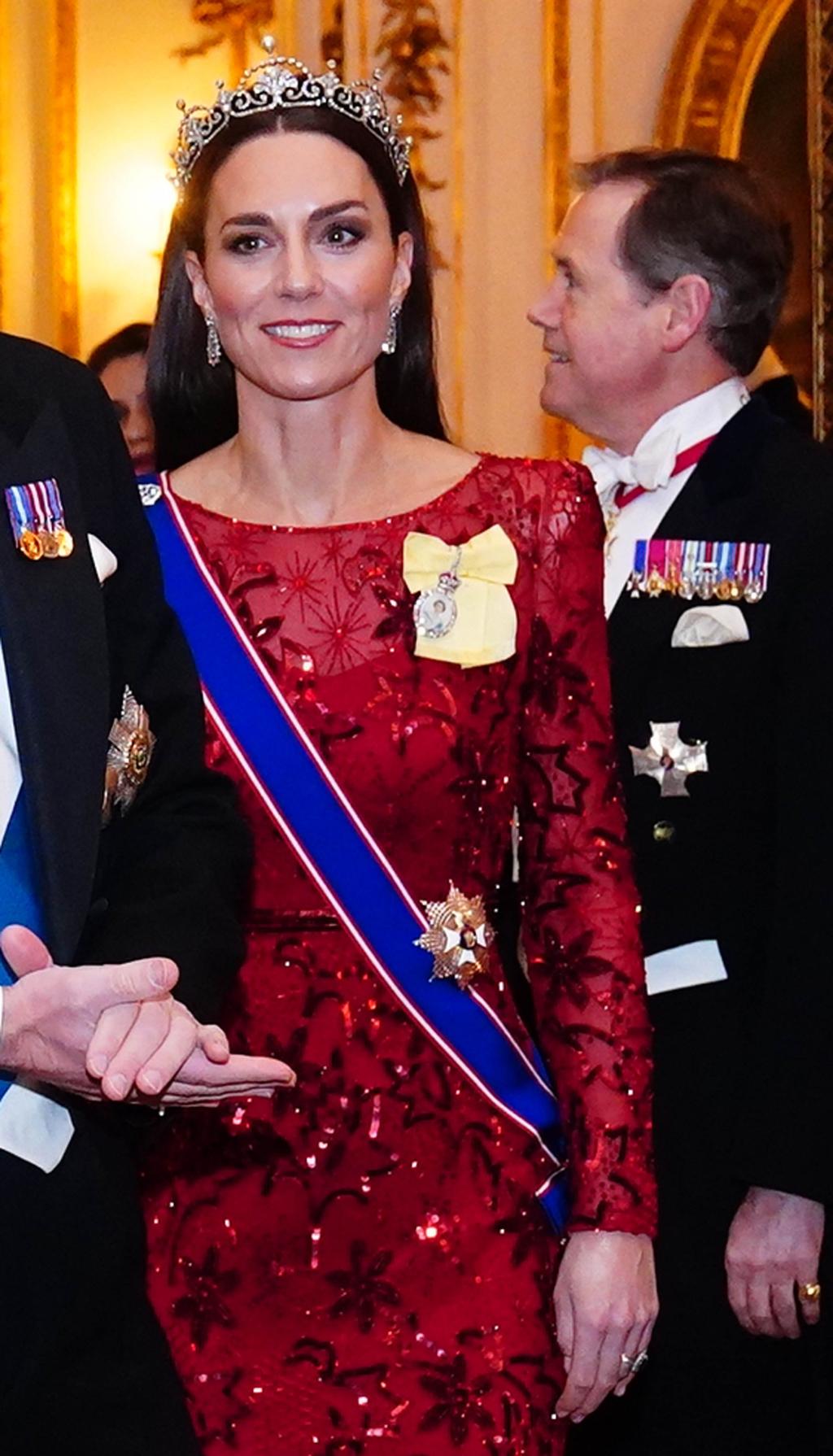 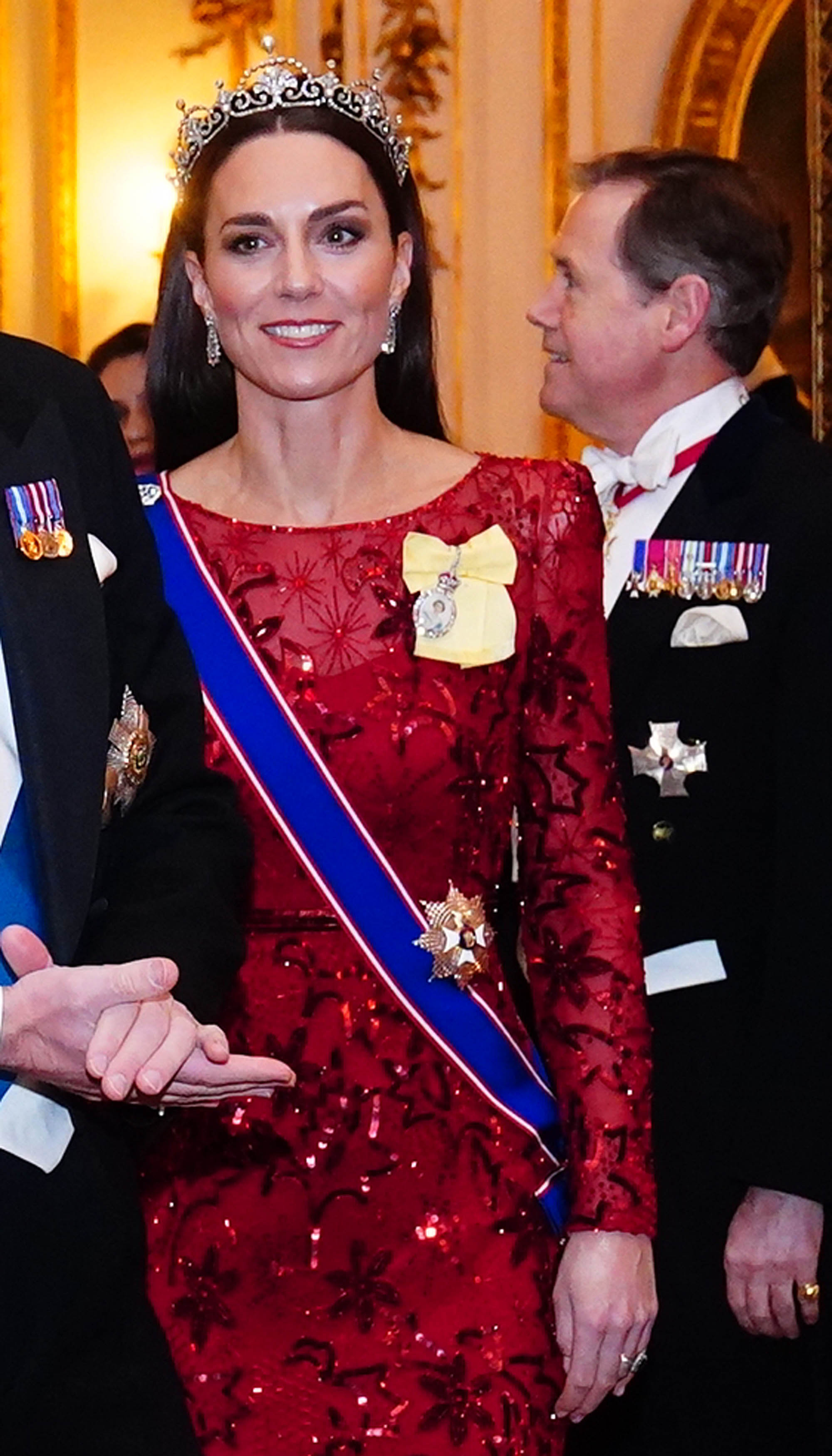 Middleton sparkled in a red beaded Jenny Packham gown and dangling earrings that once belonged to Queen Elizabeth.

The Diplomatic Reception did not take place in 2020 and 2021 due to the COVID-19 pandemic, but Middleton has been making up for lost time, donning a tiara for the first time in three years at November’s state banquet.

She chose the Lover’s Knot Tiara — Princess Diana’s favorite — for the occasion, pairing it with another Jenny Packham gown.

Middleton is back in England following her royal tour of Boston with husband Prince William for the Earthshot Prize Awards. The princess wore a rented green Solace London gown for the glitzy affair, paired with Princess Diana’s emerald necklace and matching earrings.

Clearly, the newly minted Princess of Wales is enjoying sparkling in her new role.