Kate, the Princess of Wales, revealed how her children react when they see old pictures of her and husband Prince William.

During a recent visit to Wales, Kate was speaking with admirers when one showed her a picture of her and William during their engagement in 2010. Kate got a kick out of seeing the old photograph and was amused to think that far in the past.

"Oh my goodness, is that from our engagement?" she asked the fan, which was shared on TikTok. "We always laugh about this. Although we've been married for 11 years, we've been together for double that, so it's extraordinary."

She also revealed what her children think when they see old photos of their parents, claiming they aren’t afraid to knock them down a few pegs. 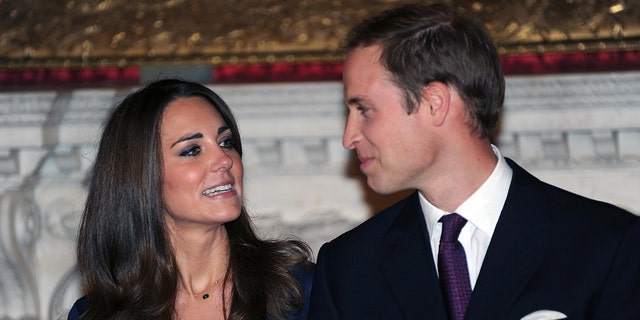 Kate was surprised to see her engagement photo held up by one of the admirers during her visit to Wales. (Anwar Hussein/Getty Images)

"The children look back at the photos and say, 'Mummy, you look so young,'" Kate added.

The royal couple traveled to Wales Tuesday to meet with different communities in the region and with leaders of vital charitable organizations in the nation. They first met with volunteers at the RNLI Holyhead Lifeboat Station and then the St. Thomas Church in Swansea.

"It's nice coming back to Wales because it was where we lived before we had our family and everything," Kate told the crowd in the TikTok video. "So it's been a really special day."

William and Kate lived in Wales for three years after getting married in April 2011. The two were together for ten years before officially tying the knot, having started dating in 2001 after meeting at the University of St. Andrews. 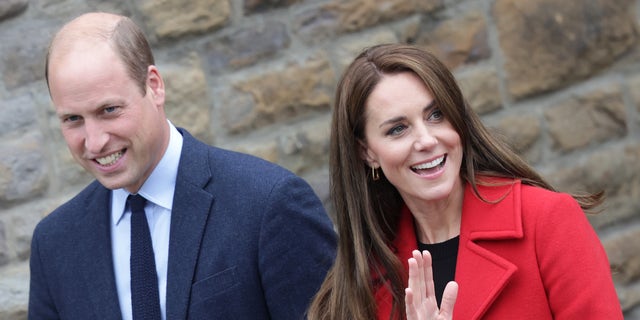 Kate and William lived in Wales for three years after they were married in April 2011. (Chris Jackson/Getty Images)

After a decade of dating, William popped the question while the couple was on vacation in Kenya. William said he didn’t feel as if it was a huge surprise to Kate since the couple had already been talking about the possibility of getting engaged for a while before that.

"It was about three weeks ago on holiday in Kenya. We had a little private time away together with some friends, and I just decided that it was the right time really," William revealed during a joint interview at the time. "We had been talking about marriage for a while, so it wasn’t a massively big surprise."

They got married in 2011 and welcomed their first child, Prince George, in July 2013. George was followed by his sister Princess Charlotte in May 2015 and younger brother Prince Louis in April 2018.

"Personally, becoming a mother has been such a rewarding and wonderful experience," Kate said during a speech in March 2017. "However, at times, it has also been a huge challenge. Even for me, who has support at home that most mothers do not." 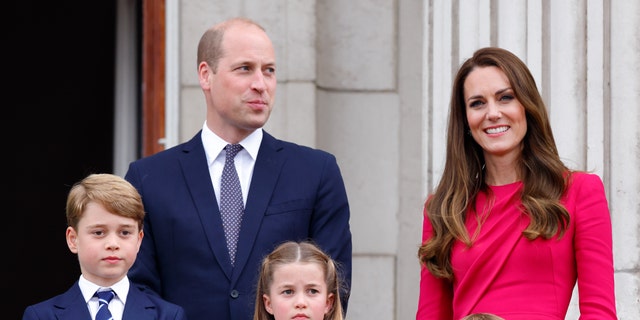 Kate gave birth to their first child, Prince George, in July 2013. George was followed by his sister Princess Charlotte in May 2015 and younger brother Prince Louis in April 2018. (Max Mumby/Indigo/Getty Images)

During a 2017 visit to Mitchell Brook Primary School, Kate said her ultimate goal as a mother was to instill "qualities like kindness, respect and honesty" in her children as her parents did for her, calling them "central values" and explaining they are "just as important as excelling at math or sport."

How much does life insurance cost?

Family of alleged 'catfish' killer's victims says be careful, talk to your children about predators

ESPN shaking up radio lineup to take on WFAN

US Concerned Over American Jailed in Russia and Not Heard From

The Most Shocking Moments from Peacock’s Casey Anthony Documentary

Best Amazon deals on PS5 games you can still shop: NBA 2K23, Madden NFL, The Last of Us and more

The special meaning behind Meghan Markle’s outfit at Indianapolis event

Opinion: Why the Oath Keeper verdict is so significant

The best home appliance deals you can shop before the holidays: Refrigerators, washers, dryers, dishwashers and more

Maroon 5 has a 2023 Las Vegas residency at Dolby Live. We found tickets.

James Cameron on making ‘Titanic’ and ‘Avatar’: I was ‘a wild, testosterone-poisoned young man’

How Jeffries made his ascension to House Dem leader 'look easy'

Al Roker rushed back to hospital via ambulance amid health issues

House passes bill to avert looming rail strike, sending it to Senate ahead of crucial deadline

Andy Cohen didn’t remember meeting Meghan Markle: She threw it ‘in my face’

Here’s how much money the Yankees have offered Aaron Judge

‘The View’ Hosts Attempt to Get an NSFW Response Out of Joy Behar: “Wanted to See How Far Joy Was Going to Go”

Nikki Haley mulls 2024 presidential bid, though she pledged to back Trump