Quentin Grimes’ sore left foot, which has kept him out most of training camp, has one unintended bonus.

It has given Cam Reddish more of an opportunity to impress the coaching staff. Grimes didn’t practice on Sunday, and hasn’t had a full practice since the first day of camp last Tuesday.

“There’s a lot of similar guys on the team, tough decisions are going to have to be made,” coach Tom Thibodeau told The Post after Sunday’s practice. “I evaluate each practice. I’m going to watch the film and the best way to earn time is to play well, to practice well and everything does matter. Whether it’s a film session, there’s team responsibilities in everything. … Your work has to meet the expectation of what you want. That being said, the team has to come first.”

The 6-foot-8 Reddish came to the Knicks in a January trade with the Hawks. The former lottery pick was hurt initially and failed to carve out a niche for himself, appearing in just 15 games and averaging 6.1 points. Thibodeau has previously said training camp was a big opportunity for him to showcase himself. Grimes’ injury has only enhanced that. 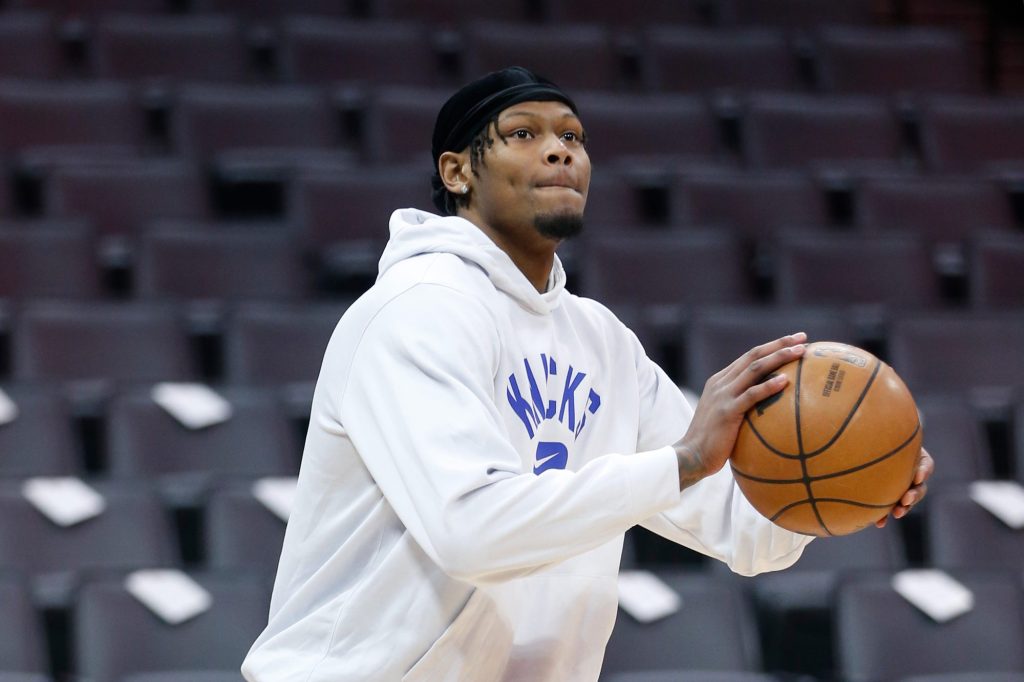 “We love his length,” Thibodeau said. “Long wings are important. He’s been nicked up a little bit, so right now he’s running the floor fairly well. He hasn’t made shots yet. That’s probably the biggest thing.”

Thibodeau wasn’t ready to rule out Grimes for Tuesday’s preseason opener at the Garden against the Pistons, but it would seem unlikely he’ll play considering his absence from practice over the last several days. He has been shooting and remains day-to-day. It may mean a longer look for Reddish.

Jericho Sims was limited in practice on Sunday, Thibodeau said. He’s dealing with “aches and pains.” Julius Randle returned after being given a rest day on Saturday.