Obi Toppin was relaxed Wednesday, leaning back in his chair and joking with reporters. He’s heading into his third NBA season with the Knicks and his confidence is palpable. Toppin’s production skyrocketed at the end of last season, when he averaged a 20 points over his final 10 games, and he’s not too worried about what teams were resting players or tanking at the time.

“It helped me a lot,” Toppin said. “I feel like I was always able to do stuff like that. I just feel like coming off of those last games of the season, it helped me a lot going into the summer, kinda showed me what I can do.”

The Knicks want to see Toppin, a top-10 pick in 2020, take the next steps this season, and that means getting to the next level defensively and improving his outside shot so his shooting percentage ticks up a few points. Accordingly, that’s what the Dayton product spent the summer doing.

Though Toppin spent most of his offseason in New York, working at the Knicks’ practice facility in Tarrytown, he also spent a month in Los Angeles, working out with a group that included Paul George, Karl-Anthony Towns and Coby White at Proactive Sports Performance, a run put together by former UCLA standout Don MacLean. 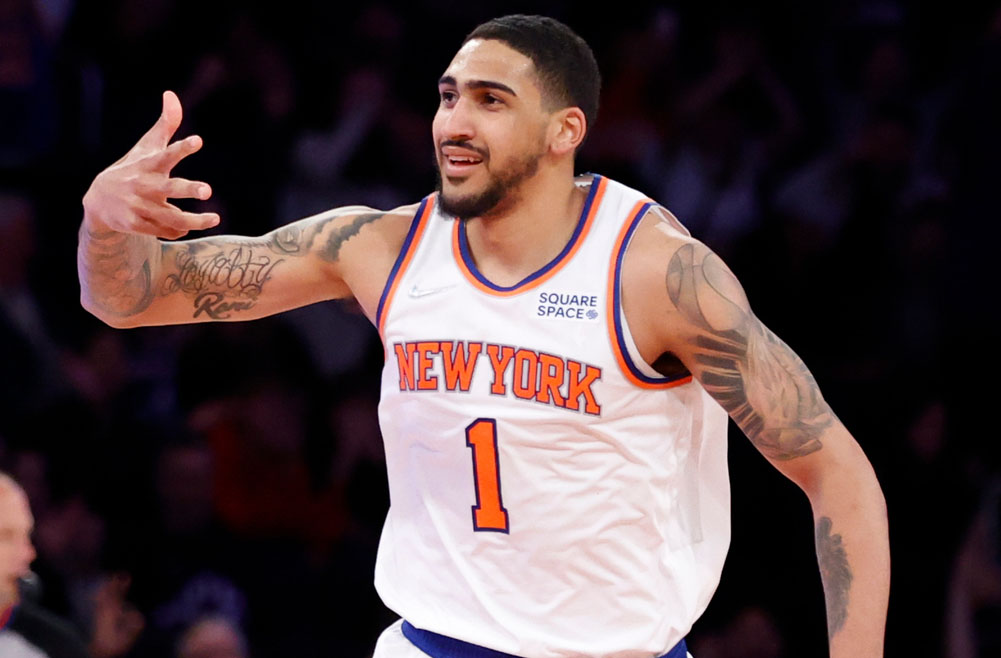 Given that defense — particularly the ability to guard all five positions — isn’t the easiest thing to work on without competition, that time was especially helpful.

“Guarding guards like Jalen [Brunson], for instance, in pickup games here or guarding guards like Coby White in L.A. … helped me a lot,” Toppin said. “I feel like even if I can’t get down low, I have to find a way to stay in front of them, still contest their shots and make it hard for them to do things. I feel like I worked on that this summer and I’m a lot better now.”

If Toppin becomes more comfortable guarding multiple positions, it would unlock a slew of possibilities both for him and for the Knicks. That could, perhaps, include a bigger lineup, with Toppin alongside Julius Randle. Thibodeau, however, didn’t sound enthused with that combination on Wednesday, when he noted that the numbers showed it “wasn’t very effective” in the past.

“But you always want to get a look at things, particularly in the preseason,” Thibodeau said. “And so we’ll take a look at it there.”

Quentin Grimes was spotted in a walking boot during practice. He is considered day-to-day with a sore left foot.