But the second-year guard rediscovered his outside touch Tuesday night, nailing three of four shots from long distance and finishing with a season-high 16 points in the Knicks’ 140-110 win over Detroit.

“I think he’s starting to find his rhythm offensively,” Tom Thibodeau said after the game.

Grimes made his fifth consecutive start after dealing with a nagging foot injury since training camp. He connected on 38.1 percent from long distance as a rookie, but he missed 20 of his first 26 tries from beyond the arc this season through Sunday’s loss to the Grizzlies.

“I use a lot of legs in my jump shot, but I know the work I put in. It’ll come around,” Grimes said before the game. “It’s only four or five games in, just being at full game speed with 30-plus minutes. So I know it’ll come, for sure. Just gotta keep getting my legs underneath me.” 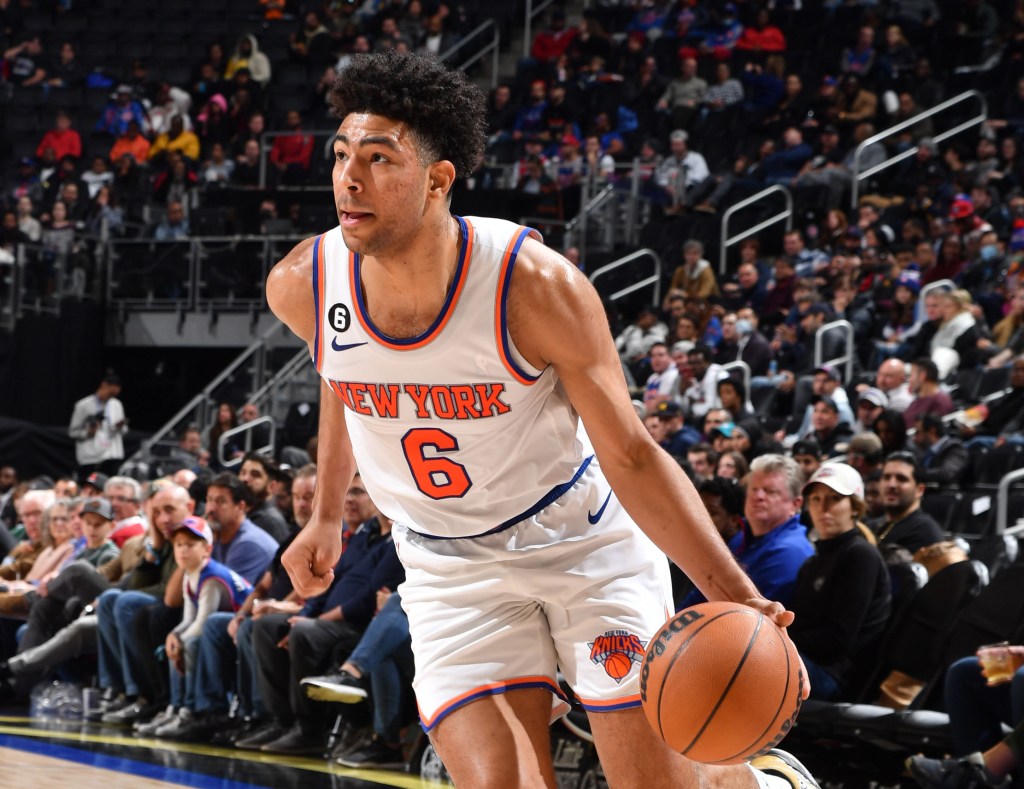 Thibodeau emptied the bench in the blowout, but former starter Evan Fournier — making $18 million this season — didn’t get off the bench for an eighth straight game.

“Outside of hard, there’s nothing else to say,” Fournier said. “Trying to do my job, be supportive, be a good teammate, and do my work. And that’s it.”

Immanuel Quickley had been questionable to play with the sore knee that knocked him out of Sunday’s game against Memphis, but he scored 15 points in 21 minutes.

Derrick Rose said the toe issue that kept him out of two games last week was suffered ahead of the game in Phoenix that he departed at halftime on Nov. 20.

Rose, who played 12 minutes Sunday against Memphis in his return to the rotation, said the injury was “a toenail problem,” but he’s “towards the end of it now.” He scored five points in a season-high 25 minutes.

The Knicks waived Feron Hunt from a two-way contract and signed forward DaQuan Jeffries to a two-way deal. Jeffries attended training camp with the Knicks and has been playing for their Westchester G-League affiliate.