Though fans have been keeping up with every facet of the Kardashians’ lives for decades, it’s still hard to believe that their kids are growing up!

Instagram users were left floored Thursday after Kourtney Kardashian, 43, shared a series of photos that showed her daughter, 10-year-old Penelope Disick, looking like a little lady.

In the shot, the pre-teen sported a bubble gum pink dress with a square neckline and spaghetti straps. She wore her hair its natural color (she’s been known to take walks on the red side every now and then) and had it styled down and straight to frame her smiling face.

Next to “Poosh” — the namesake of her mother’s health and wellness brand — was her younger brother, 7-year-old Reign Disick, who looked dapper in dark overalls and a graphic T-shirt. He, too, was flashing a big grin for the camera.

“P looks so grown ❤️❤️❤️,” one commenter remarked beneath the 10-slide carousel, which included various shots from Kardashian’s launch party for her new supplement line, Lemme.

Though Disick did not appear to be in attendance for the festivities, Kardashian’s husband, Travis Barker, certainly was!

During the event, the reality star was photographed sucking on both her vitamin gummies and the Blink-182 drummer, 46.

Mrs. Barker sported a figure-hugging dress with designs resembling water droplets, which she finished off with a sleek bob and smokey makeup. As for the rocker, he opted for a sequined baby blue button-down, dark pants and black sunglasses. 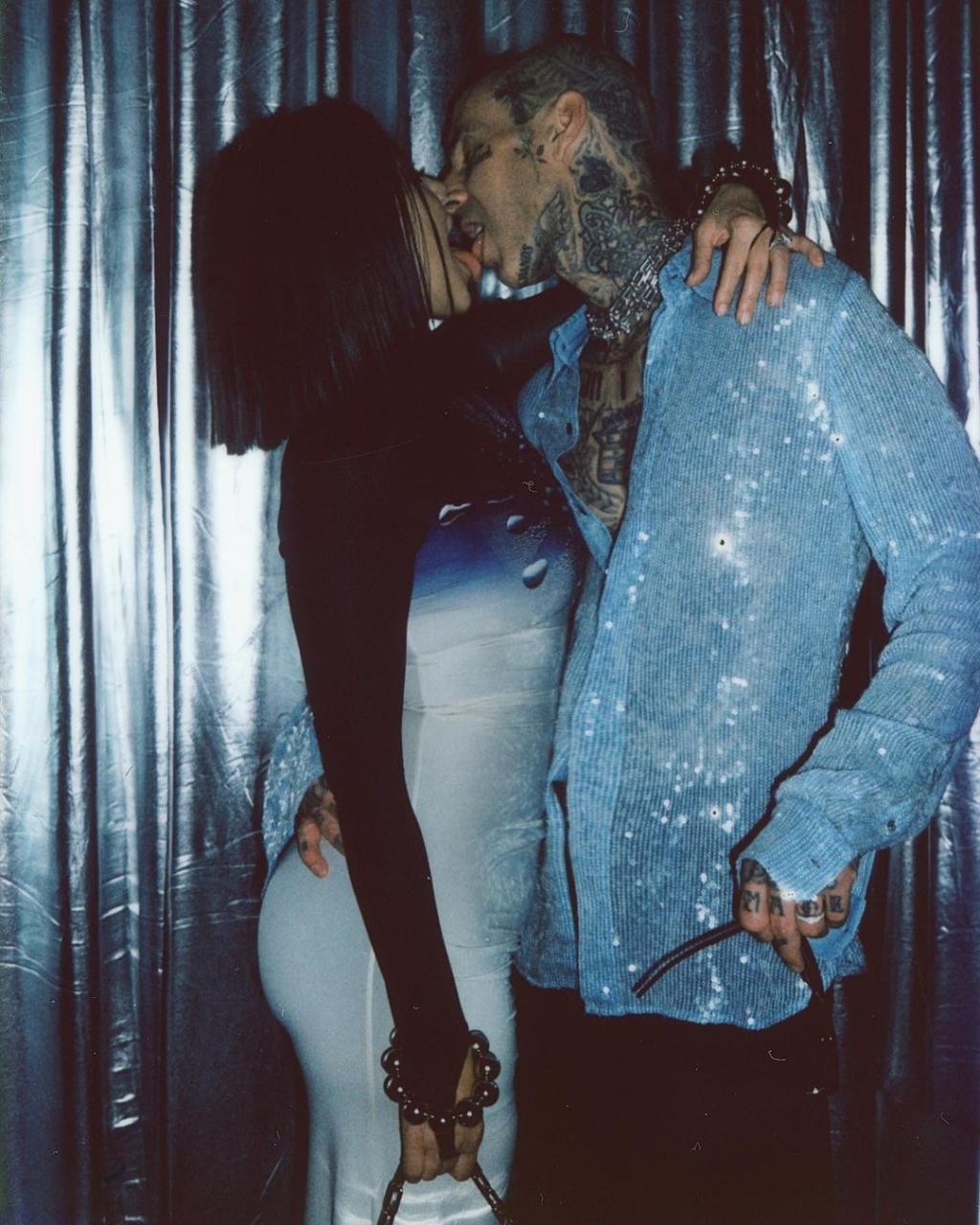 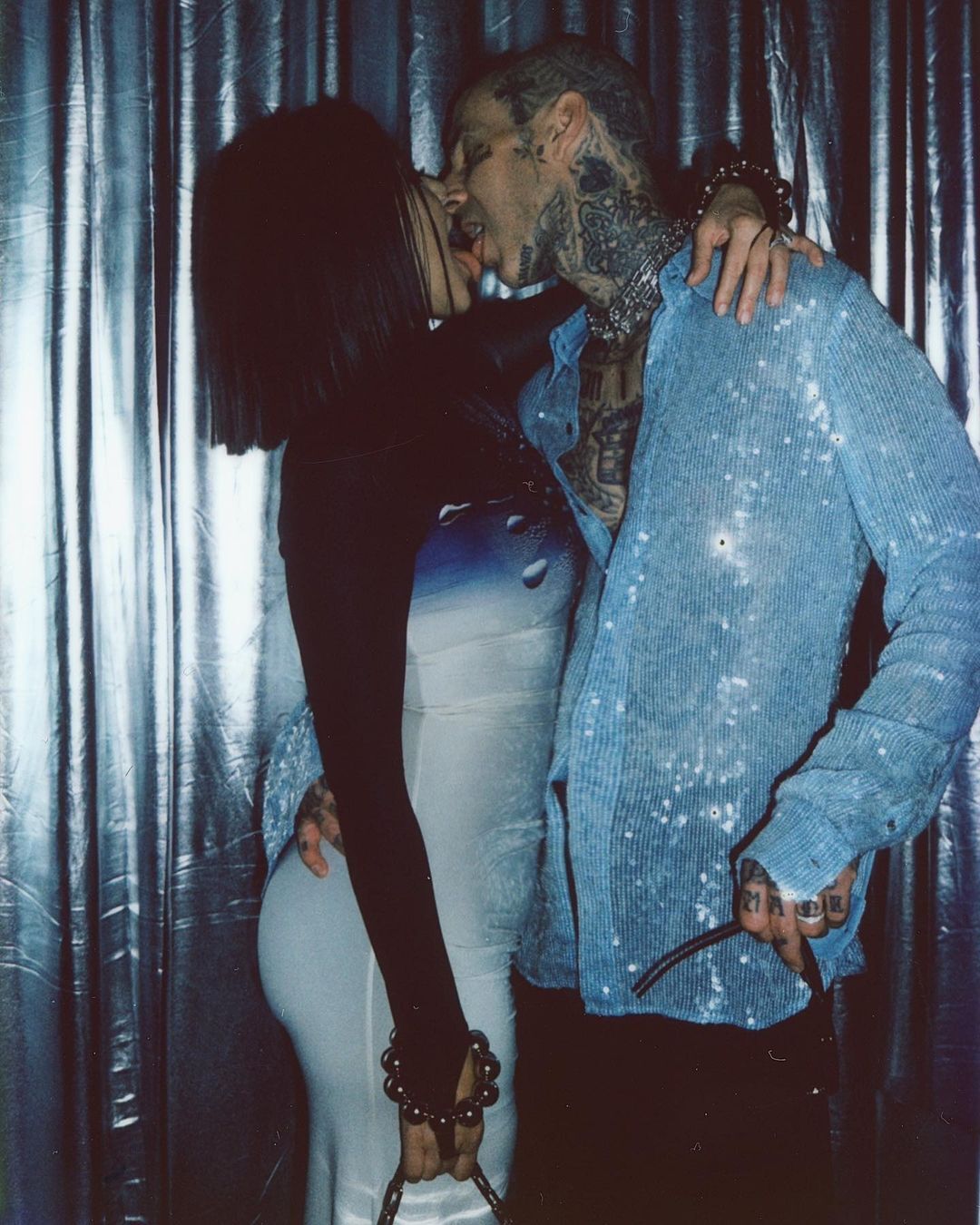 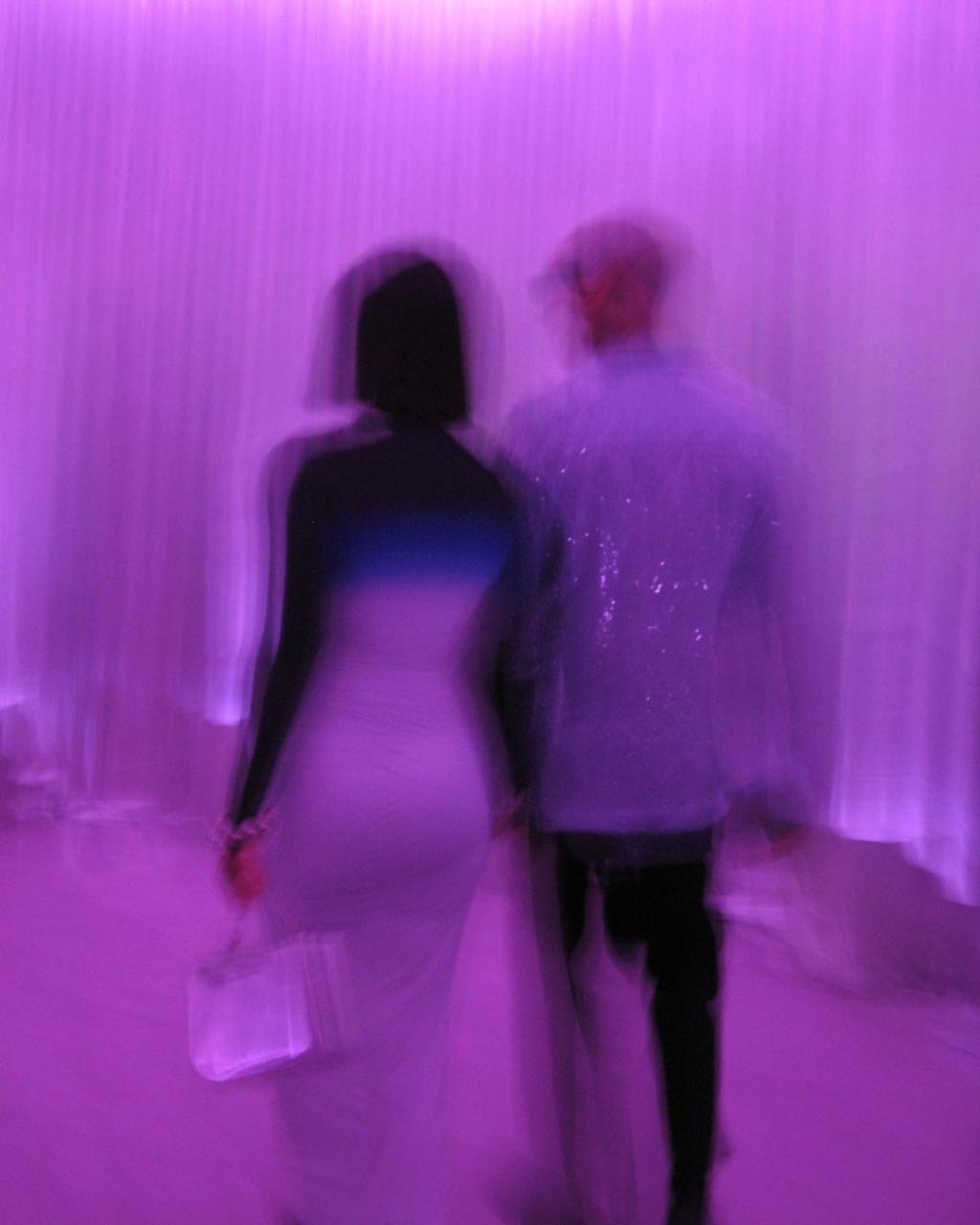 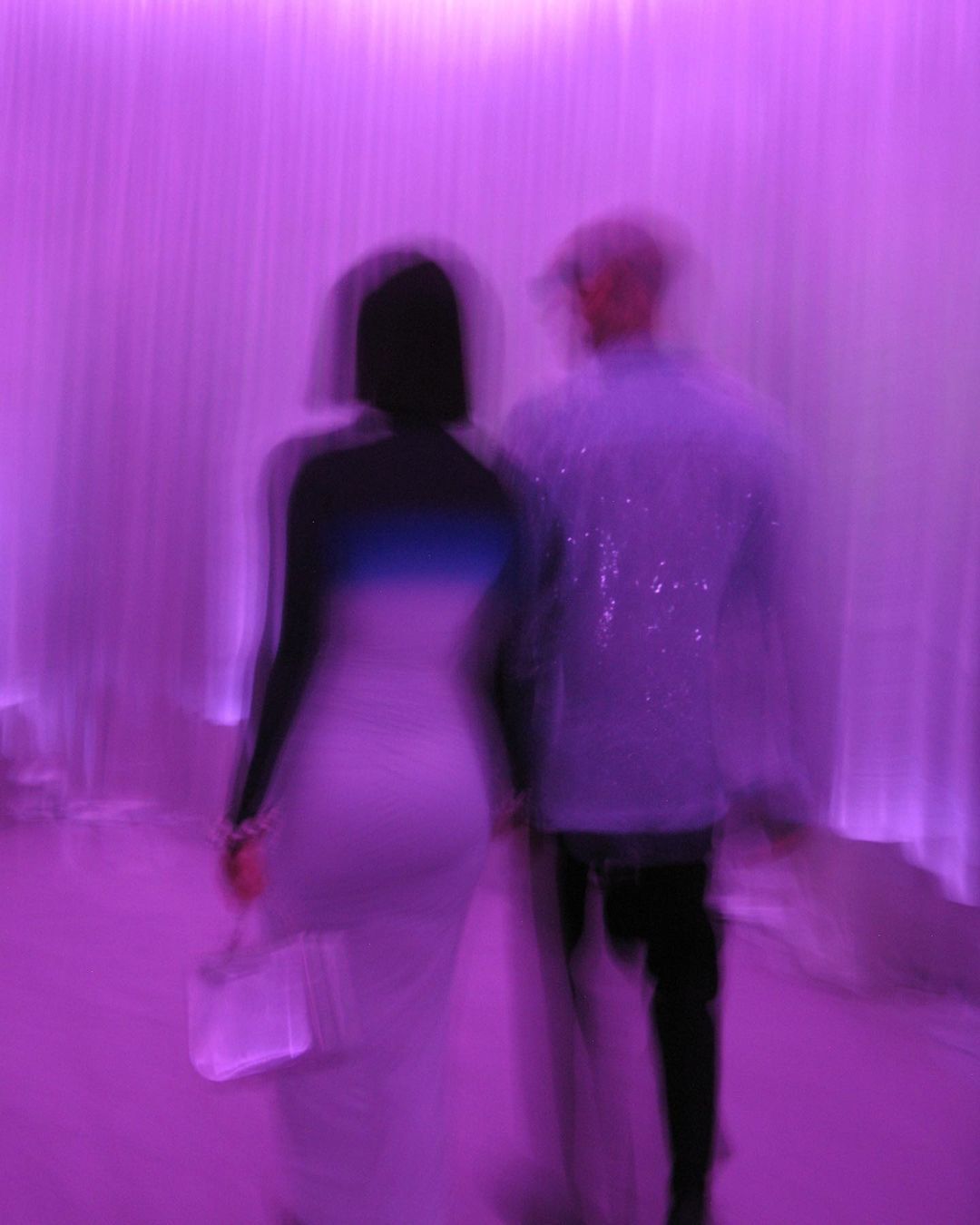 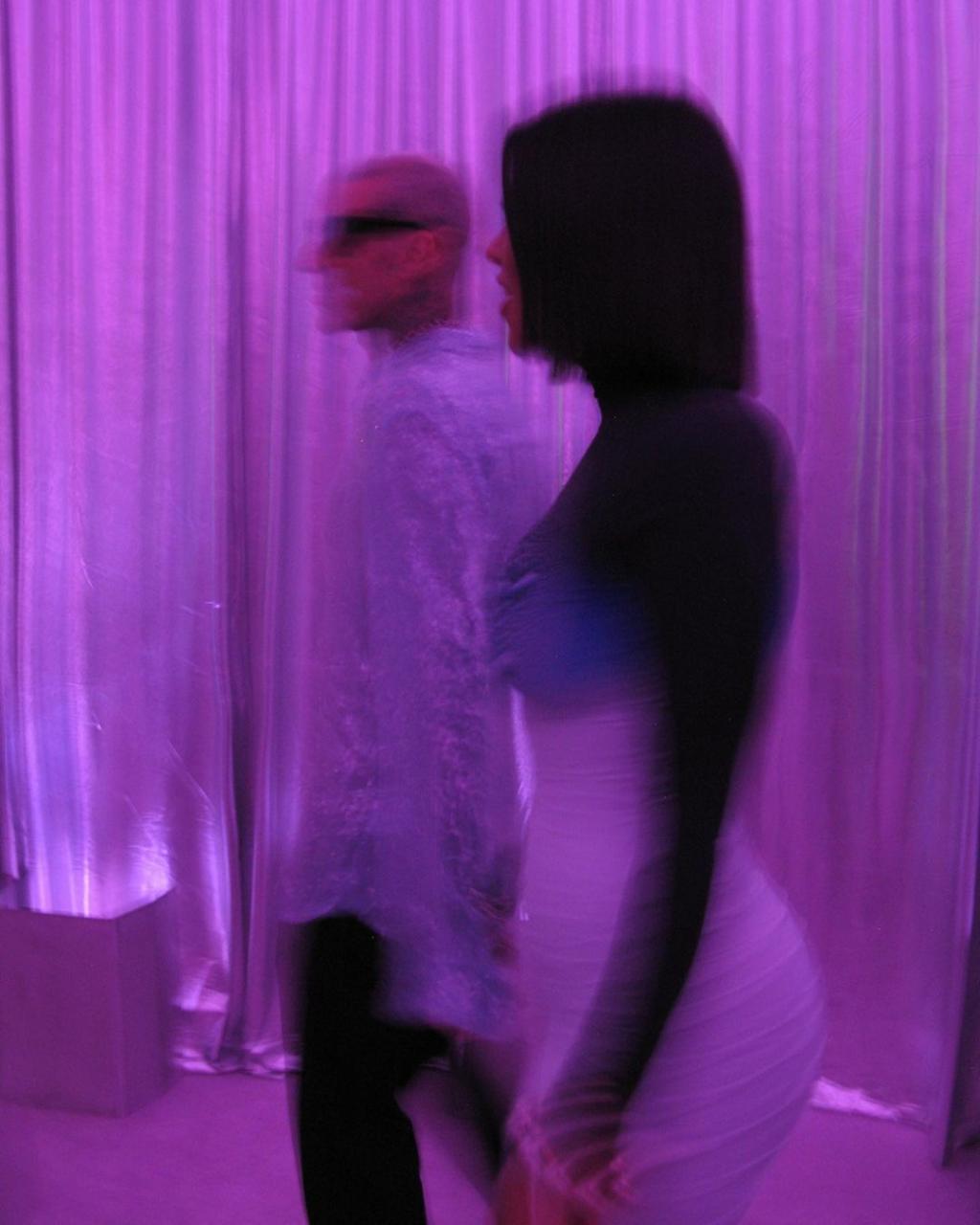 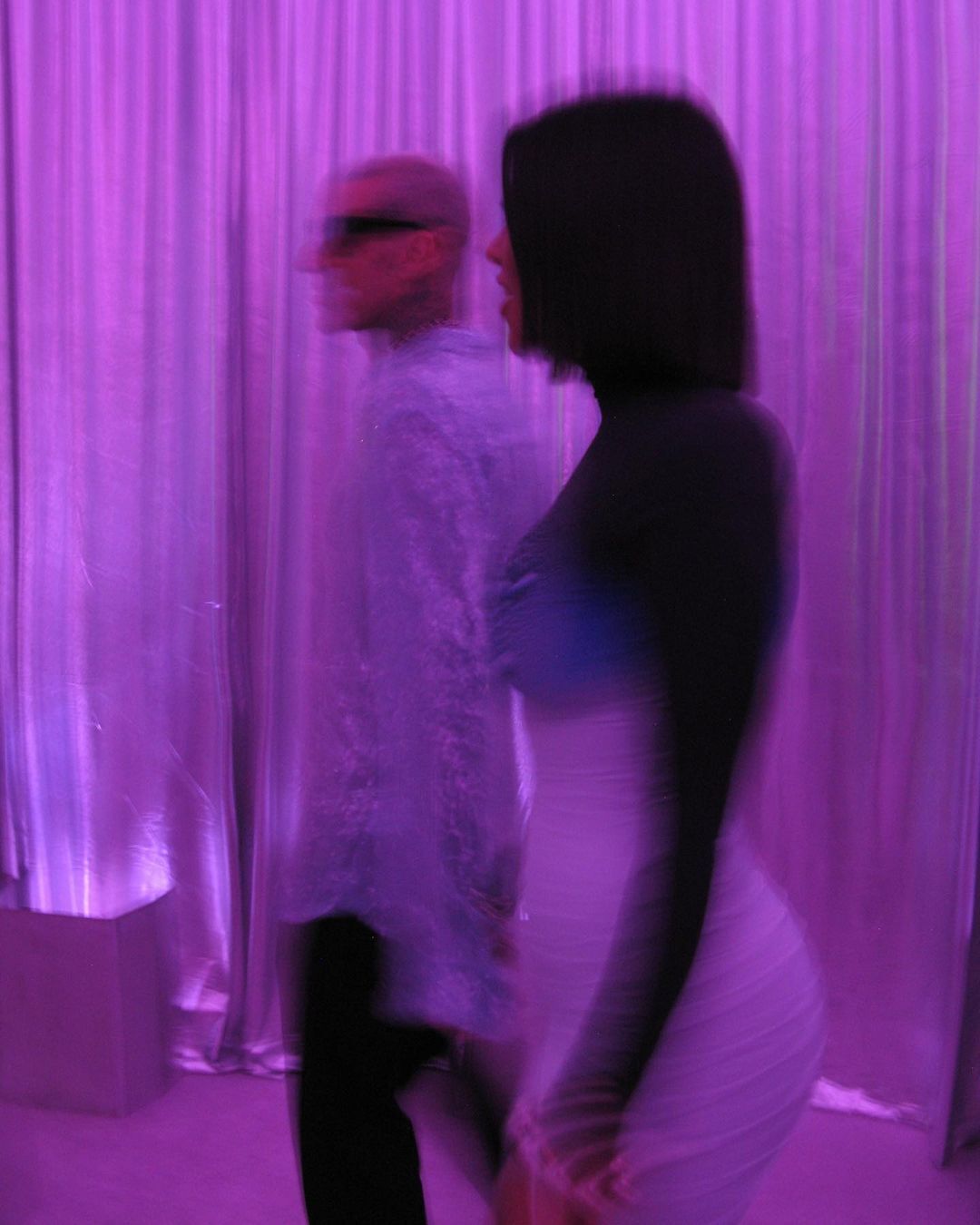 Amid the big celebration, Khloé Kardashian went viral with regard to Lemme — for all the wrong reasons.

On Thursday, the Good American founder, 38, called herself a “fatty” for splurging on two pieces of her sister’s vitamin gummies, and Twitter users were not happy.