A lot has been made over the past few weeks about the status of Ole Miss head coach Lane Kiffin. Would the Rebels leader leave Oxford for Auburn? After more than a week of Kiffin saying he would not be taking the Tigers' vacant head coaching job, Hugh Freeze is now the main focus for Auburn.

Numerous reports said Kiffin would be taking the Auburn job once the Egg Bowl was wrapped up. Kiffin has made it clear he’s not going anywhere after agreeing to a new contract at Ole Miss. 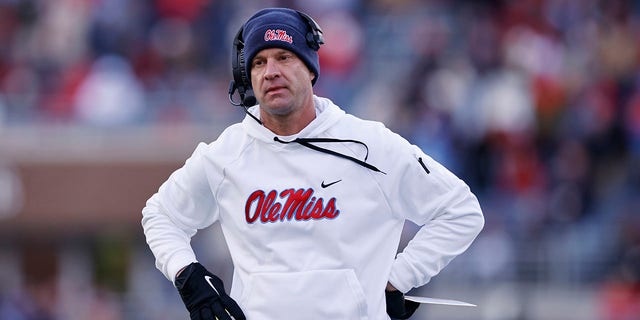 "This had absolutely nothing to do with money," Kiffin told OutKick.

His new contract will average $9 million a year, with rollovers that can extend the contract length to eight years. It all will be funded through a private foundation to avoid the state law that allows only four-year contracts for public state employees.

Kiffin told Outkick he told his team that, following the Egg Bowl, he’d be announcing his intentions to stay. And that’s exactly what he did.

"I told the team last week I would be announcing after the game I was staying because I wanted all this attention on them and not me," Kiffin told OutKick. "The only reason any of this came up and became an issue was one reporter falsely making up that I was going to Auburn." 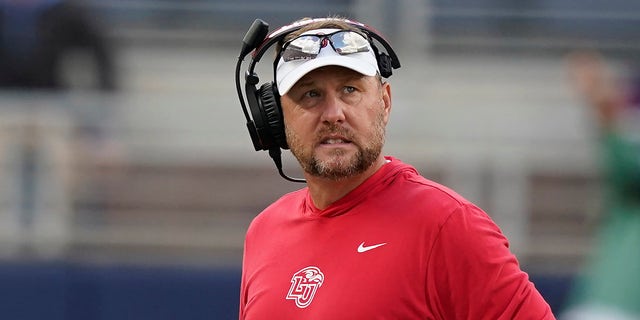 Liberty head coach Hugh Freeze looks toward his team during the second half of a game against Mississippi in Oxford, Miss., Nov. 6, 2021. (AP Photo/Rogelio V. Solis)

Kiffin also told OutKick his main reason for not entertaining other offers was daughter Landry, who is halfway through her senior year of high school and loving Oxford.

These coaching searches come with a number of hurdles, especially when a school only has a single coaching target. But Auburn athletic director John Cohen has continued to have discussions with other candidates about the opening. Cohen is in now in the process of hiring Hugh Freeze, according to sources.

As we reported numerous times over the past few weeks, it wasn’t just about the money for Lane Kiffin. Family and a commitment to doing something the right way was always at the forefront in his mind, but he had earned the right to discuss the Auburn job. It sure hasn’t been an easy situation for the Ole Miss coach, coming off two losses while being himself on social media. Whether you like him or not, he knows how to make things interesting. 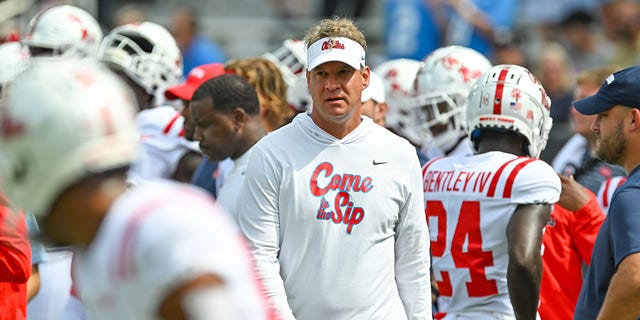 Yes, Kiffin has had a new contract on his desk over the past week. But, in his eyes, it needed to be handled following the season finale. There are some relationships that need to be mended in Oxford with Kiffin. But when the final decision needed to be made last week, Kiffin knew that the best option for his family and his coaching career was staying put in Oxford.

A lot of folks will be turned off by how Kiffin handled the situation these last few weeks, but that’s just Kiffin. Why wouldn’t he take his time to make the best decision? Kiffin didn’t want to lie to anyone, and if you listened to him this past week, he never did.

Hugh Freeze getting his second chance in SEC?

After the conversation with Kiffin came to a screeching halt, Auburn’s talks with Hugh Freeze ramped up. Hugh Freeze is hellbent on getting back into the SEC after coaching Ole Miss from 2012-16. It sounds like Freeze will get his wish, barring unforeseen circumstances.

Don’t expect Freeze to waste his second shot in the SEC. For someone who has spent years trying to rebuild his image at Liberty, this is the perfect spot for Freeze to get back in the game. He knows the conference and will be able to recruit at Auburn. He's also willing to do everything needed from a head coach at a school like Auburn.

This has been a whirlwind few weeks for Auburn. Now its attention is on Saturday’s Iron Bowl against Alabama and finalizing a contract with Freeze.