New York Republicans say COVID-19 should be no excuse for voting by mail in the Nov. 8 election.

A new lawsuit seeks to overturn state laws passed by Albany Democrats allowing New Yorkers to cite fear of coronavirus infection in order to vote by mail in midterm elections that could decide control of Congress while invalidating absentees already cast.

The legal challenge filed in Saratoga County State Supreme Court by the state GOP and Conservative Party comes one year after voters rejected a proposed amendment to the state constitution that would have allowed no-excuse absentee voting in New York.

“Once again, Democrats have thwarted the Constitution and the will of the voters in their attempt to rig the election in their favor,” state Republican Chair Nick Langworthy, who is also running for Congress for a Southern Tier-based seat, said in a statement.

“As we did with their illegal gerrymander scheme, we are taking their unconstitutional laws to the courts to protect voter integrity,” he added about a successful legal effort earlier this year that broke a so-called “Hochulmander” of the state congressional map approved by Albany Democrats.

Langworthy is one of a dozen plaintiffs named in the suit filed Tuesday against Gov. Kathy Hochul, the state Board of Elections and others, which was first reported by Gothamist Friday.

Hochul and state Attorney General Letitia James, who represents the state in court, did not provide comment. 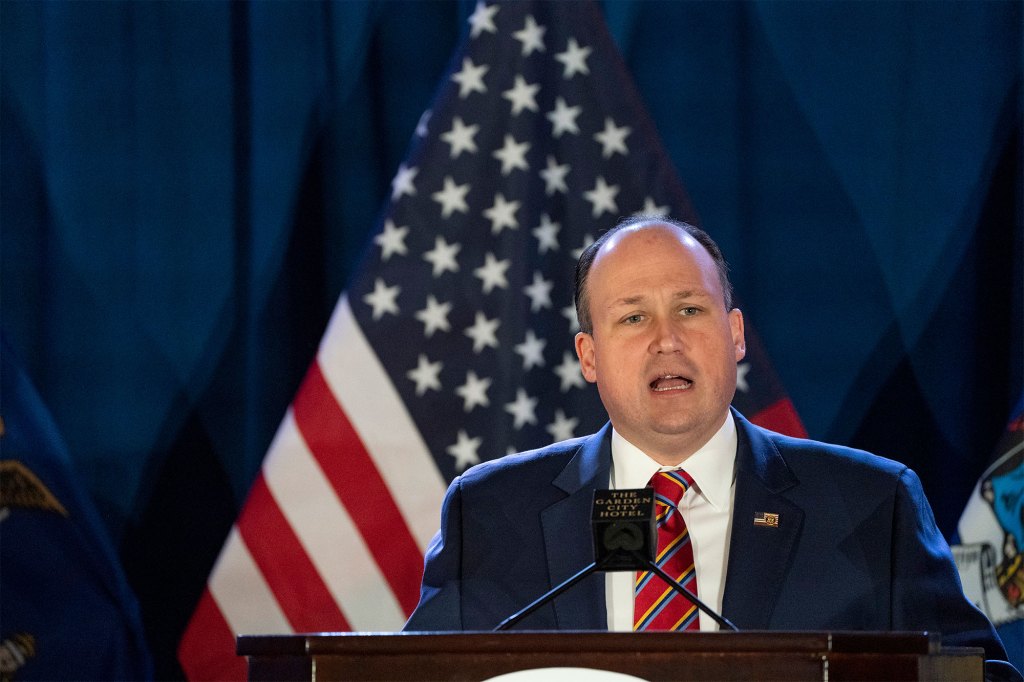 State Democrats have attracted criticism from their political opponents for sending applications for absentee ballots to potential supporters with COVID-19 already cited as an excuse, an approach to voter outreach that is legal under state law.

If successful, the suit would upend voting in the November elections where control of Congress hangs in the balance alongside statewide and legislative offices.

“They’ve had plenty of time to bring this lawsuit,” Justin Czarny, the Democratic elections commissioner from Onondaga County and the Democratic caucus chair for the New York State Elections Commissioner Association told Gothamist. “To wait until after absentee ballots have already been issued is going to cause chaos in the system.”