A LinkedIn user poked fun at a CEO who posted a viral "crying selfie" photo along with the announcement that he was laying off several employees of an internet marketing firm. was flooded.

His LinkedIn user named Drew M. posted a crying selfie of himself, regretting "taco his Tuesday" and saying "it was a bad choice. ' said. Already one confessed that after working out at the gym for the past month, he felt "guilty about eating KFC today."

Braden Wallake, chief executive of his Columbus, Ohio-based B2B marketing firm HyperSocial, shows a photo of himself in tears as he announces thelayoffs. was the subject of unrelenting criticism after posting. his company.

"This will be the most vulnerable thing I've ever shared," Walllake wrote in a long, rambling message to employees. "I went back and forth on whether or not to post this." 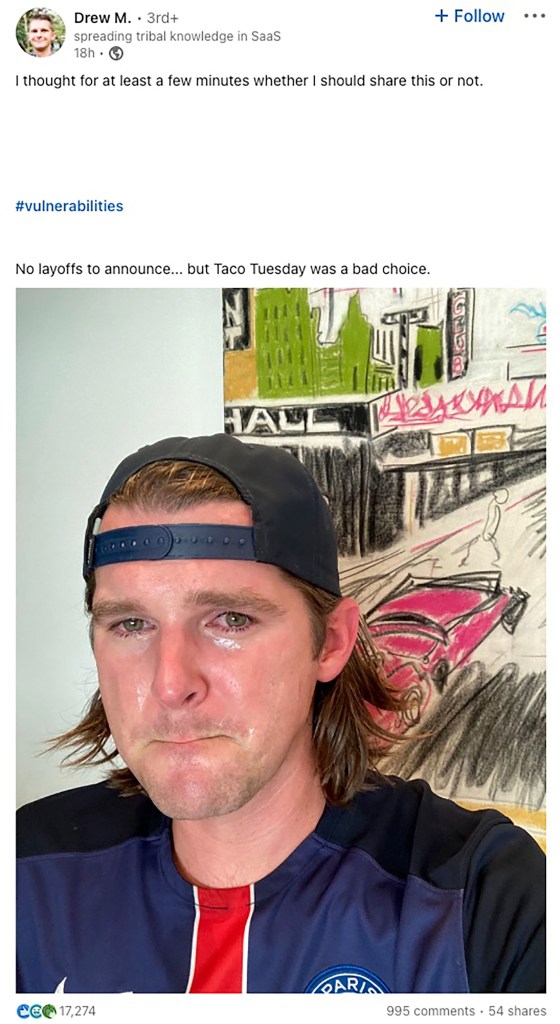 London-based podcaster David Rolls created a spoof of his ownexaggerated baby-crying selfie in Wallake's post on Wednesday. } in which he claimed that his decision to go on an "all-inclusive" vacation in Thailand forced him to run out of money. to take a commission for his team.

"I have never been to Thailand, but I really want to go. How can I do that?" Rawls wrote. "Go somewhere cheap? A four-star resort? Of course not."

Rolls concluded his post by writing, "I can't think of a lower moment." 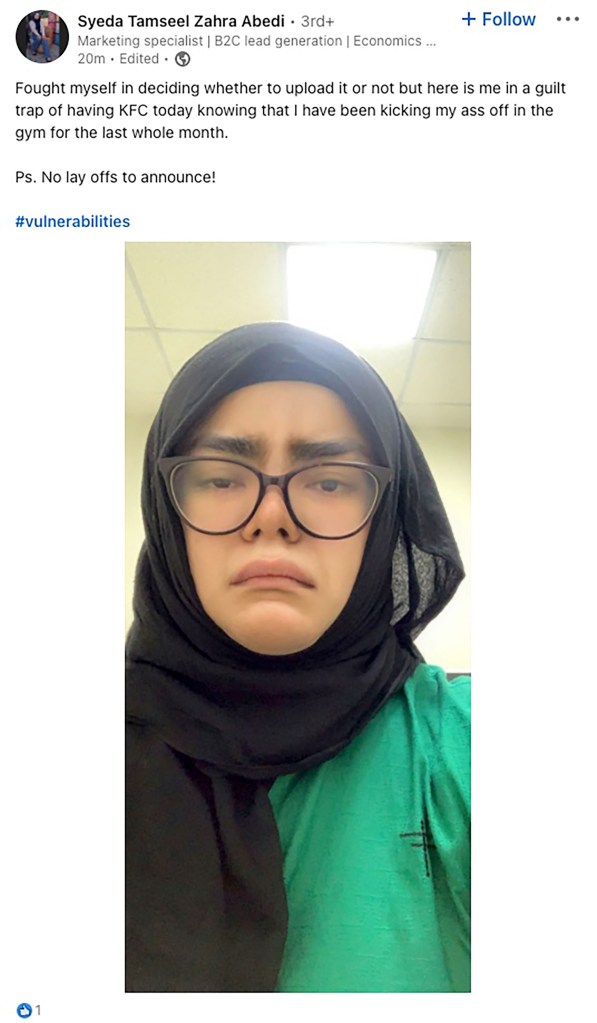 "PS. No layoffs to announce!" she wrote.

Another LinkedIn user of hers posted a photo of basketball legend Michael Jordan crying. This utilizes the famous meme ofChicago Bulls icon mocking after giving a tearful speech at the Hall of Hall. The Hall of Fame induction ceremony over 10 years ago.

"I've been thinking for at least a few minutes whether to share this or not," he wrote, mimicking Warake's intro. 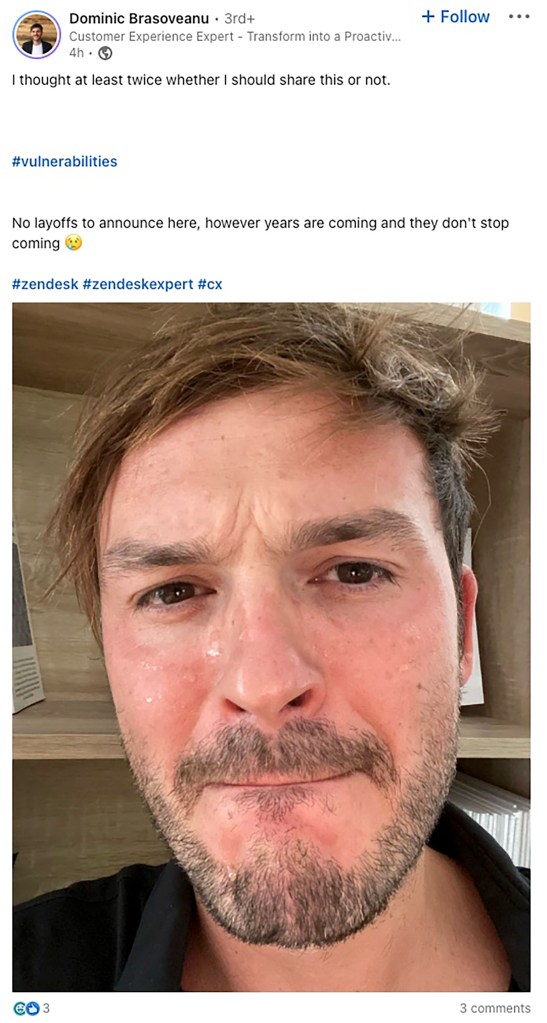 Yet another LinkedIn user named Dominic Brasovaeanu who The experience expert posted a tearful, wet-cheeked selfie with lips pursed and brows frowning.

"There are no layoffs to announce here, but I'm in tears and it won't stop," he wrote. 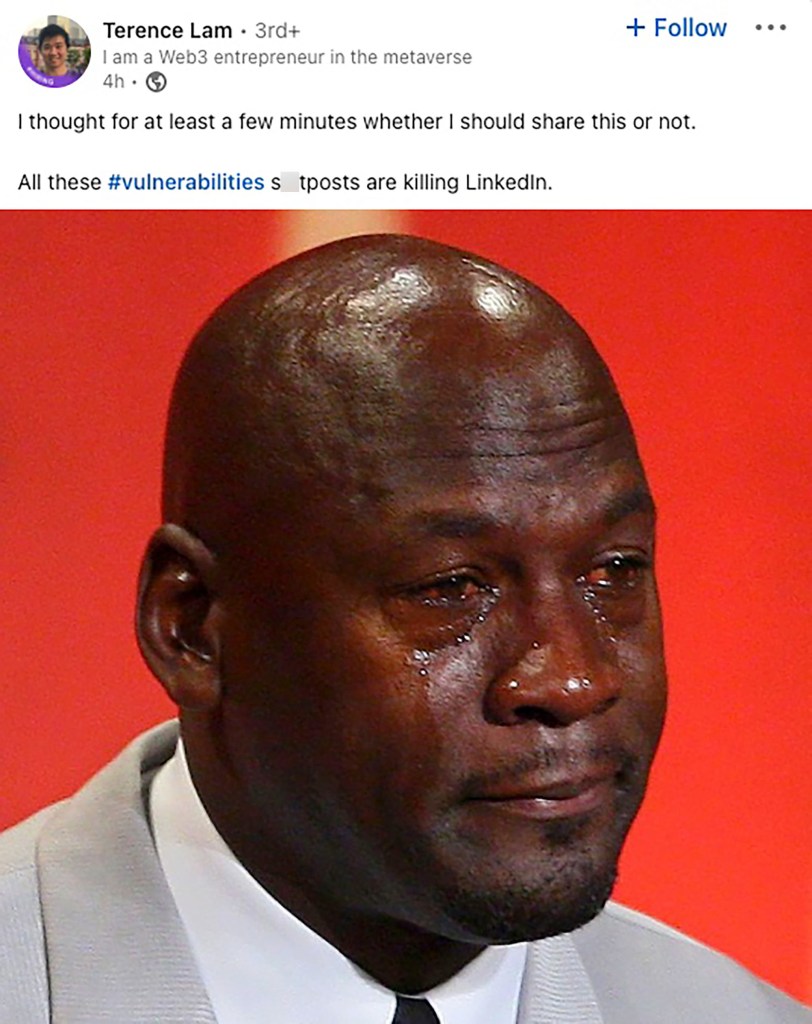 Not all users found impersonation amusing.

"I can understand people's reaction to the CEO's post, but frankly, bullying someone to get likes isn't good at all," he said of the Rolls impersonation. Written by one user.

"It would be a truly shameful and sad moment in human history if satire began to be classified as bullying," Rawls replied. 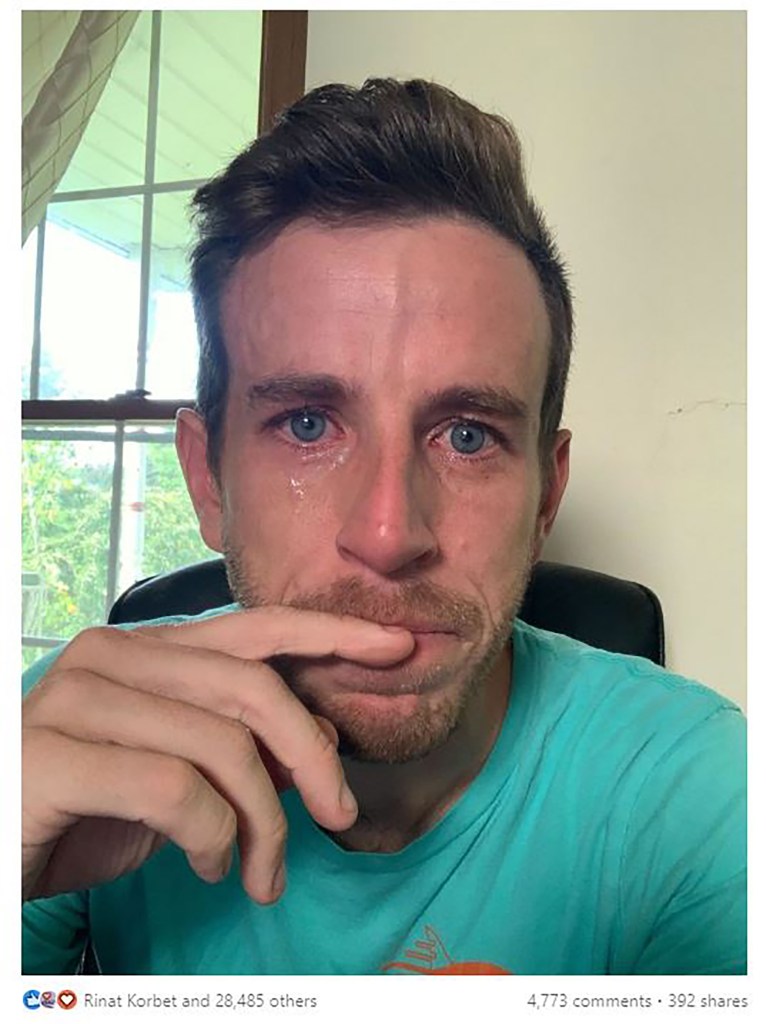 Another user had similar problems with "Taco Tuesday" impersonation. caused

"This makes him feel twice as bad. A man should cry and have emotion, but really show empathy and his EQ as well," wrote a LinkedIn user. I'm here. "And also, the more this happens, the more the guy gets attention that shouldn't go. For everyone else who is justifiably upset for practical reasons, this diminishes them. Stop the madness."