It is high, it is far, it has finally happened!

Aaron Judge, who was stuck on 60 home runs for the past seven-plus games, hit his 61st home run on Wednesday night, off Blue Jays reliever Tim Mayza on a 3-2 pitch in the top of the seventh inning, tying Roger Maris’ Yankees and American League record set in 1961.

Michael Kay had the call on YES Network.

“Drilled deep to left field!” he exclaimed, as his voice grew more and more excited. “This could be it! See-ya! He’s done it! Number 61! He’s been chasing history and now he makes it! He and Roger Maris are tied with 61 home runs, the most anybody has ever hit in a single season in American League history!” 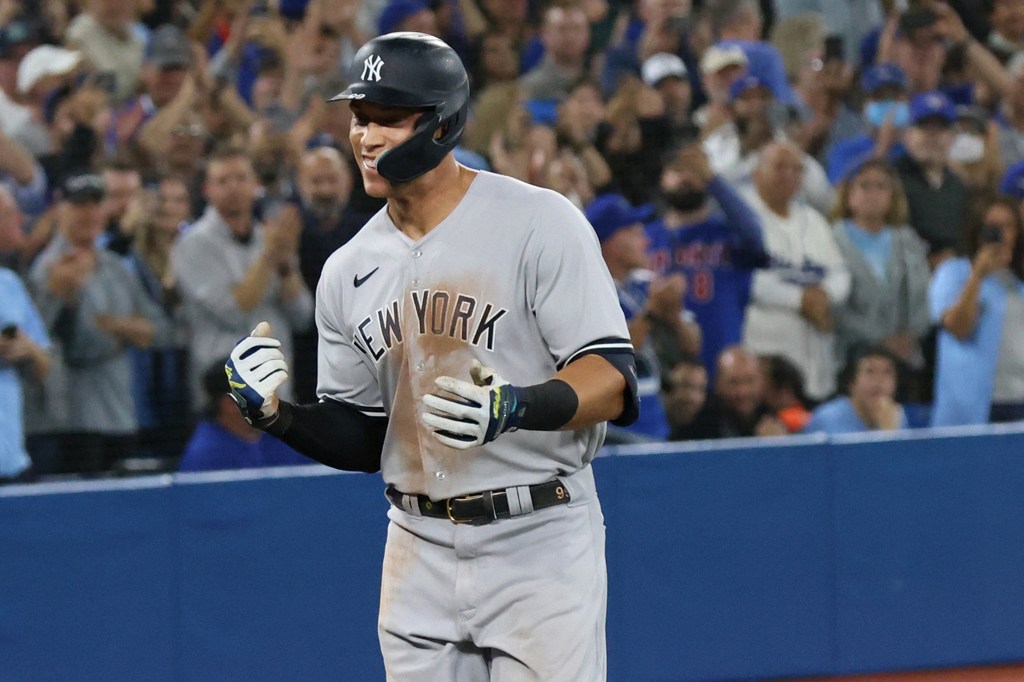 The all-time record was Barry Bonds with 73 home runs in 2001. Mark McGwire and Sammy Sosa have also eclipsed the 61 home run mark. However, all three of those sluggers have come under scrutiny for performance-enhancing drug use, and there is dispute among baseball fans and media over who is the rightful home run champion, Bonds or Maris (and now Judge).

On WFAN, the 84-year-old John Sterling gave it the customary, “It is high, it is far, it is gone!”

It's a two-run JUDGIAN blast! Here Comes the Judge! pic.twitter.com/e44pNHcXXf

Sterling continued: “Number 61! He ties Roger Maris for the American League single season record with 61 home runs. It’s a two-run Judgian blast! Here comes the Judge! A two-run blast, and the Yankees take a 5-3 lead on number 61 for Judge.”

Sterling and his broadcast partner Suzyn Waldman were effusive in their praise for Judge as his Yankees teammates came out to embrace the slugger one by one.