TORONTO — Luis Severino’s second start back from the injured list didn’t finish on the high note that his first one did.

The right-hander’s penultimate postseason tuneup got off to a strong start but ran into trouble in his fourth and final inning, after his defense let him down, in what became a 3-2 loss in 10 innings on Monday night at Rogers Centre.

Still, Severino continued to build his workload up to 76 pitches after missing two months on the injured list with a strained right lat. If he remains on track in his final start of the regular season — which will likely come this weekend against the Orioles — Severino should be free of most restrictions by the time he starts Game 2 or 3 of the Yankees’ first playoff series.

After allowing just two walks through the first three innings Monday night, Severino gave up a pair of runs in the fourth inning and was forced to throw 34 pitches in the process, running up his pitch count and robbing him of a shot at pitching into the fifth.

Bo Bichette led off the fourth inning with a single before Vladimir Guerrero Jr. drilled a hard ground ball to shortstop, where it ate up Isiah Kiner-Falefa. After the bobble, Kiner-Falefa gathered the ball and first looked toward second, where he no longer had a shot of getting Bichette. But by the time he shifted and threw to first base, Guerrero had hustled down the line to beat the throw. 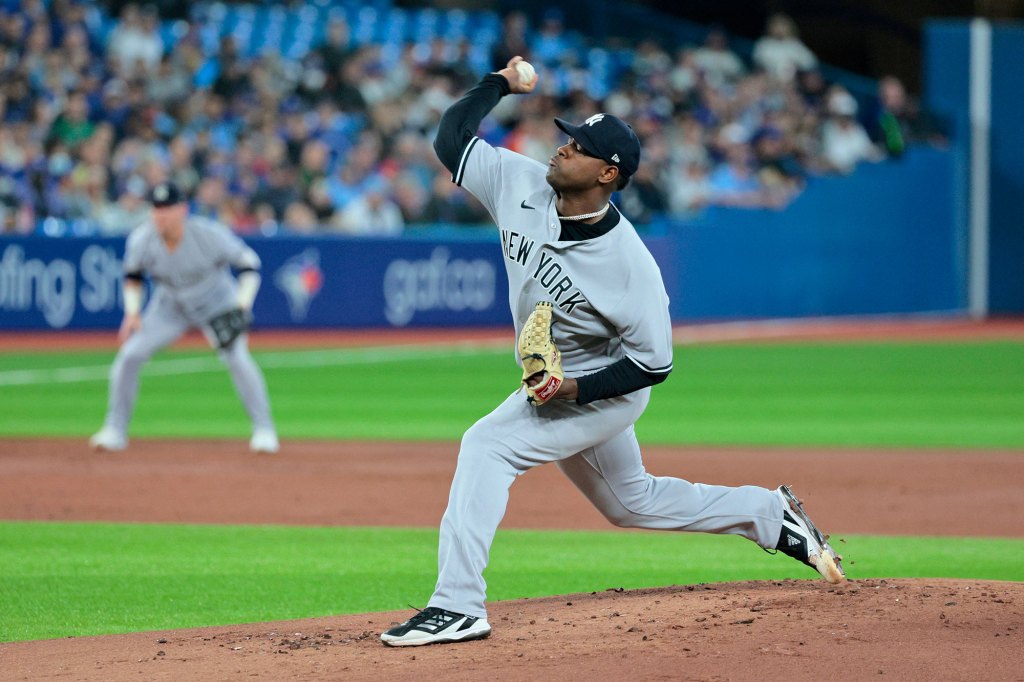 The official scorer ruled it an infield single for Guerrero instead of an error, which ultimately led to a pair of earned runs being charged to Severino.

Alejandro Kirk came up next and drew a full-count walk before Severino got the first out on a shallow fly ball to center field.

But Teoscar Hernandez followed by crushing a deep fly ball that hit off the top of the center-field wall for a two-run double, tying the game 2-2.

Severino came back to get Raimel Tapia to pop out and Danny Jansen to strike out looking at a 98 mph fastball to keep the inning from getting out of hand.

In his first start back from the IL on Wednesday against the Pirates — in which he delivered five innings of one-run ball — Severino faced a lineup that featured five left-handed hitters. Monday’s outing presented a different look as the Blue Jays’ lineup included eight right-handed hitters.