ARLINGTON, Texas — The clock is ticking for Aaron Judge.

Judge was again held without a homer in a 3-1 win over the Rangers at Globe Life Field that featured seven no-hit innings from Luis Severino.

Severino, still being built back up from a lat injury that cost him over two months, left after throwing 94 pitches and allowing just one base runner — a one-out walk to Josh Smith in the third — which was erased a batter later thanks to a double play.

The right-hander’s final pitch of the day was a 99 mph fastball that blew away Nathaniel Lowe.

Miguel Castro gave up a one-out single to Josh Jung in the eighth to end the combined no-hit bid.

And there was more drama in the top of the ninth, when the Yankees got a pair of base runners, opening the door for another Judge at-bat.

Instead, Marwin Gonzalez — who homered earlier in the game — popped out to end the inning, resulting in boos coming from most of the crowd of 35,906, as Judge was left in the on-deck circle. 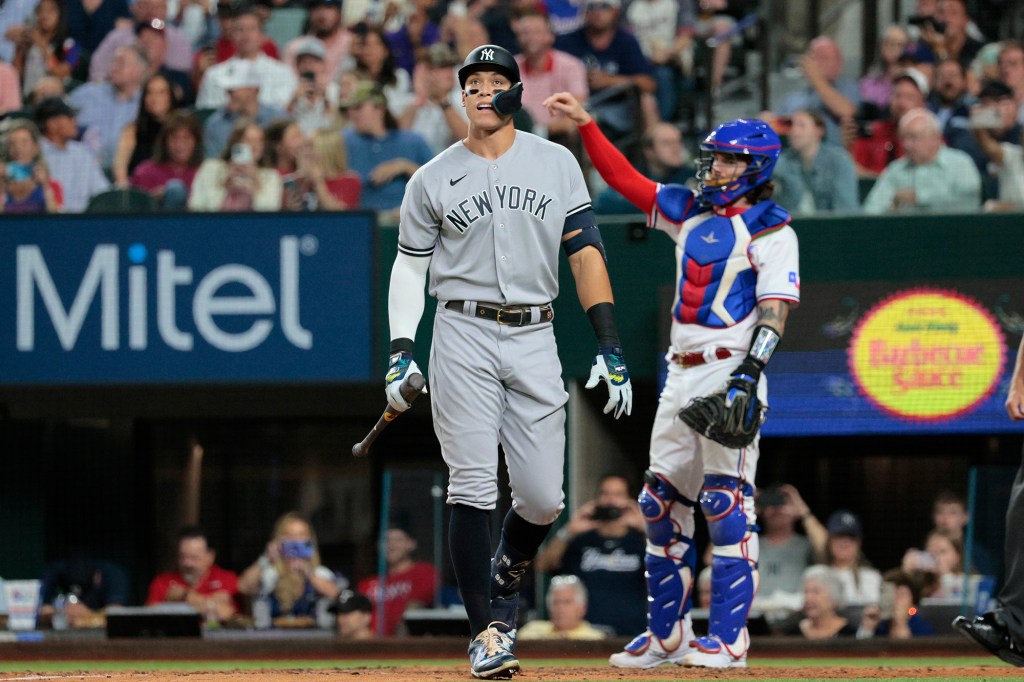 The pressure is mounting for Judge, who has gone homerless in four straight games since getting to 61 and has gone deep only once in his last 12 games after matching Babe Ruth’s 60.

Judge now has only three games left — a doubleheader on Tuesday and Wednesday’s regular-season finale — to break Roger Maris’ AL and franchise record of 61 homers.

On Monday, he went 1-for-4 with a strikeout — and the two batters surrounding Judge in the lineup, Gonzalez and Giancarlo Stanton — both homered.

Before the game, Aaron Boone said it was possible Judge would play both ends of Tuesday’s doubleheader.

He hasn’t missed a game since Aug. 3.

“I’m not worried about the physical part of it,” Boone said. “Sure, I’d love for him to do it and then really be able to get him in there or out of there how I want. But for right now moving forward these next few days, it’ll be him and I getting together after the game and figuring it out.” 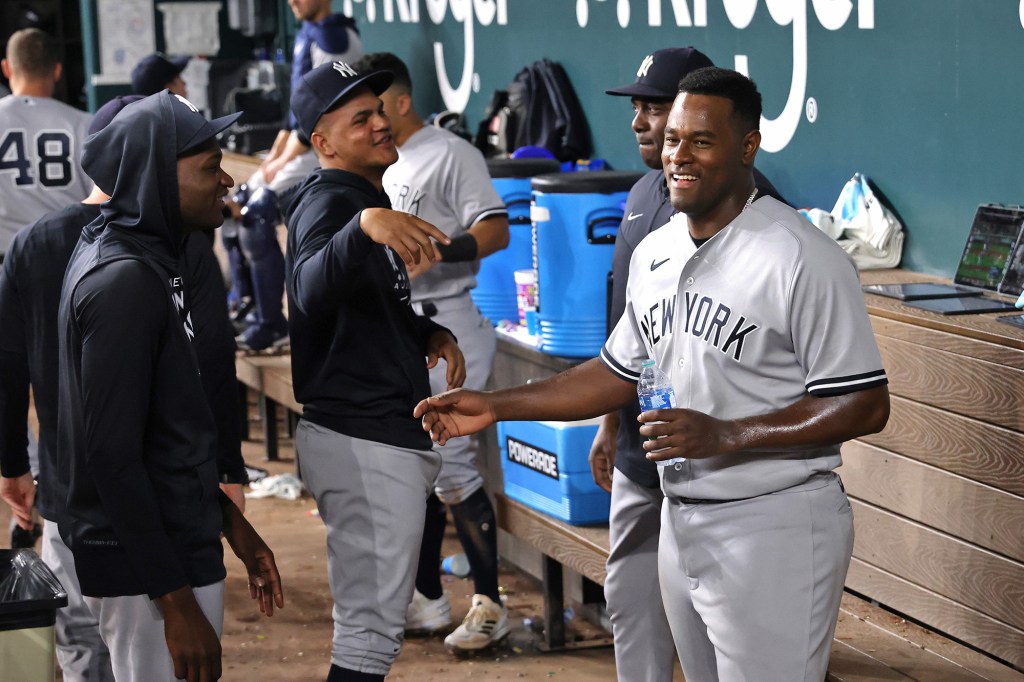 The Yankees also have five days between the end of the regular season and the start of the ALDS on Oct. 11 in The Bronx.

“A lot’s contingent on [whether he gets to 62],” Boone said prior to the game. “So I don’t have a plan in place yet. He’s in there [Monday], then he and I will get together after the game and have those conversations and decide what the best course is moving forward.”

Texas interim manager Tony Beasley said before the game they didn’t plan to pitch around Judge, who grounded to third to lead off the game, lined into a double play in the third, reached on an infield single on a slow roller to third in the sixth and struck out swinging in the eighth.

The Yankees — who won despite hitting into six double plays — took the lead in the fifth on Kyle Higashioka’s RBI single that scored Aaron Hicks.

Then in the eighth, Gonzalez led off with a homer before Judge fanned for the second time and Stanton crushed his 30th homer to make it 3-0.

Castro, just off the IL, replaced Severino to start the bottom of the eighth.

Castro gave up the one-out hit to Jung and a single to Jonah Heim, as the walk to Smith with one out in the third was followed immediately by a double play by Bubba Thompson.