CBS News' John Dickerson asked New York Times reporter Maggie Haberman, who has become the chronicler-in-chief of the Donald Trump era, "How long has Donald Trump been in your head, or you in his?"

"At least 11 years for this level of intensity," she replied.

"And what's it like to have Donald Trump in your head, or be a part of his thinking, for 11 years?"

"I had one of his old friends say to me, 'He doesn't wear well over time.' And I think that the collective we have experienced that at various points."

Haberman has been covering Trump since the late 1990s, as a metro reporter for the New York tabloids. In 2016 alone she had 599 bylines or co-bylines in The Times – more than one a day – and that pace has slowed only slightly in the years since.

Now, she's written a book about him: "Confidence Man: The Making of Donald Trump and the Breaking of America"   (published Tuesday by Penguin Press). 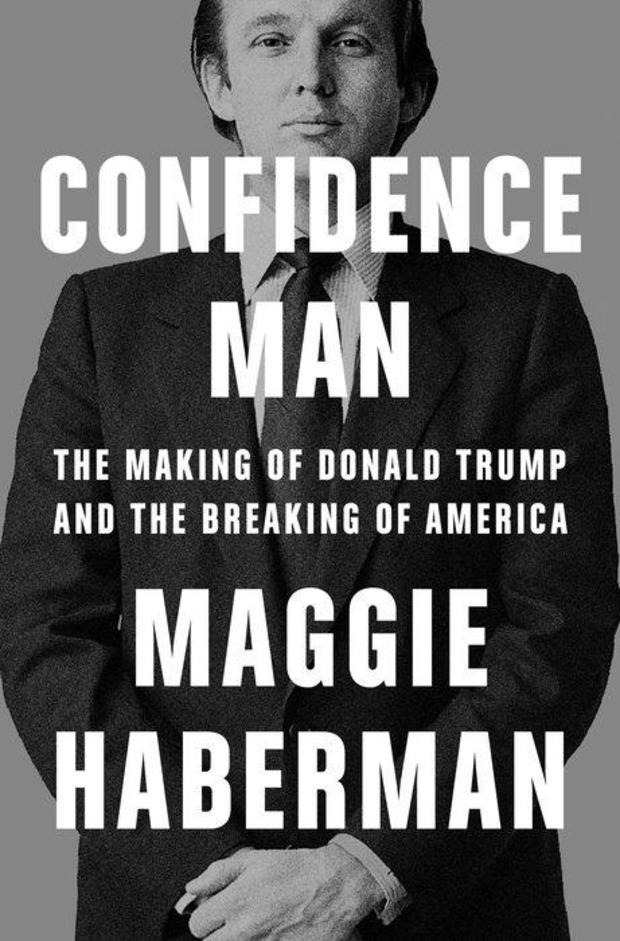 "New York in the 1960s, '70s, '80s, was a very, very unique setting," Haberman said, "because of this combination of dysfunctional and sometimes corrupt forces that touched on media, that touched on City Hall, that touched on the political party system in the various boroughs, that touched on how real estate projects got done, and which touched on racial tribalism, John, and that is a big piece of what he took from his life in New York."

The current incarnation of that racial tribalism shows up in some of Haberman's scoops about Trump's presidential years. Like other books of the Trump era, "Confidence Man" has gotten attention for new revelations: Trump considered firing his son-in-law, and engaged in casual transphobia. But Haberman's larger goal is to put the scoops in the book, and her Times coverage, in an archeological framework, to chart a 50-year, steady, unchangeable DNA.

She said, "Donald Trump is generally the same, depending on the context. And he tended to treat the White House as if he was still in a real estate office dealing with local county leaders, as if it was still 1980."

"What are the elements in the Donald Trump playbook that he's had his whole life?" asked Dickerson.

"He has a handful of moves that he has used forever. And people tend to impute a ton of strategy to what he's doing. But really, there are these moves. And it's the quick lie, it's the backbiting with one aide versus another, it is the assigning blame to someone else. All of this, again, is about creating a sense of drama, a sense of chaos, and often, John, about keeping the responsibility off him."

Haberman's reporting has irritated and embarrassed Trump. Yet, he agreed to sit down with her three times this past summer.

Dickerson asked, "Were you surprised he talked to you for your book?"

"No; he talked to everybody for their books," she replied. "It's an almost reflexive need to sell himself."

"He said at one point to somebody else, but with you in his presence, [that] you were like his psychiatrist?"

"He treats everyone like they're his psychiatrist. This is not a specific-to-me thing. This is what he does. He works everything out in real time with everyone." 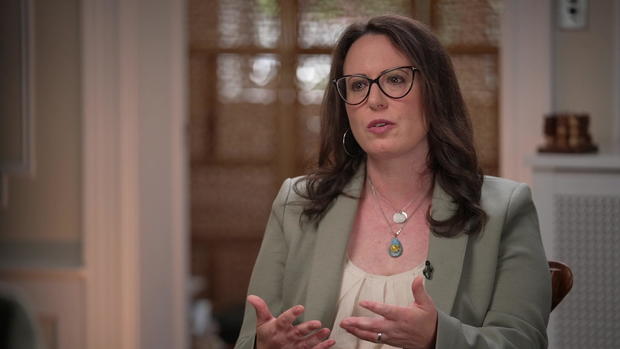 Dickerson asked, "Donald Trump's reluctance to leave office, was that part of that playbook that developed so many years ago, or is that something new?"

"It was both," she said. "It was part of the theme of him believing that everything was always going to work out with him, because it always had. Whether it was his father helping navigate systems for him or helping him financially, or elected officials lining up for him, he always believed things would work out. And after November 3, 2020, it became clearer with each passing day that that was not going to happen, and he did not know how to handle it."

When he did leave the White House, he wasn't empty-handed, as FBI agents found in that search of his Florida home.

"When Donald Trump referred to things in the White House as his possessions, there was a long history of him doing that," Dickerson said. "Do you then think that that's why he took those classified documents?"

"I do, actually. I think it's also possible he took them for another reason, and we don't know what that is. He sees everything in terms of leverage, whether he can have an edge over someone else. He definitely likes trophies."

Trump is facing legal peril in multiple jurisdictions: A fraud suit in New York; election interference charges in Georgia; the January 6th riot investigation; and then those documents from Mar-a-Lago, where he's mostly holed up these days.

Dickerson asked, "You write that when you saw him after he left the White House, that he seemed shrunken?"

"In one of the interviews, he had very visibly lost weight, and so that was certainly physically shrunken, but he just seemed diminished," said Haberman. "And one of the things that I discovered as I was talking to people through the course of the last year is that he became this almost Charles Foster Kane-like figure who was sort of roaming around his club and existing in his own world and having to be reminded of when holidays were, someone totally out of the rhythms of normal daily life."

"What's your view of whether he'll run again?"

"With the caveat that I don't know and that I could be proven wrong, I think he's backed himself into a corner where he has to run," said Haberman. "I think that he needs the protections that running for president (he thinks) would afford him in combating investigations that he calls a 'witch hunt.' And it is the way that he fundraises and makes money. So much of his identity now is about being a politician. So, I expect that he will run. That doesn't mean that even if he declares a candidacy, that he will stay in the whole time."

Whether he runs or not, Trump has left his mark on the GOP, whose national party labeled the January 6th riots "legitimate discourse," and where a third of the Republican candidates running for election in 2022 have adopted his lie that the 2020 election was stolen.

"Has he essentially transferred the skills of the New York real estate world, as strange as that is, into a political party?" asked Dickerson.

"Not everyone has reacted in some form of emulation to Donald Trump, but most of them have."

Haberman writes that Trump told her how much easier his life would have been if he'd never run for president. And he looked back not on what he'd accomplished, but on what the presidency had meant for Donald Trump.

Dickerson said, "When Donald Trump asked himself in your presence 'If I had to do it all over again,' what did he say?"

"What he said was the answer is yes," Haberman replied, "because the way he looks at it is, he has so many rich friends and nobody knows who they are. And it was very evident that he saw the presidency as the ultimate vehicle to fame."