Two people were rescued early Monday morning from a plane that was left dangling 100 feet in the air from power lines after it crashed in Montgomery County, Maryland, on Sunday night.

Rescue workers pulled the pilot and passenger of the small plane out of the wreckage after they were trapped for several hours after the crash.

Crews had to deenergize the electric tower and ground it  to ensure no remaining energy was running through the structure. Officials said the plane then had to be secured to the tower, so it wouldn't fall during the rescue.

Fox station WTTG in Washington, D.C. said the plane crashed into the power lines at about 6:15 p.m. in the Montgomery Village section of Gaithersburg. 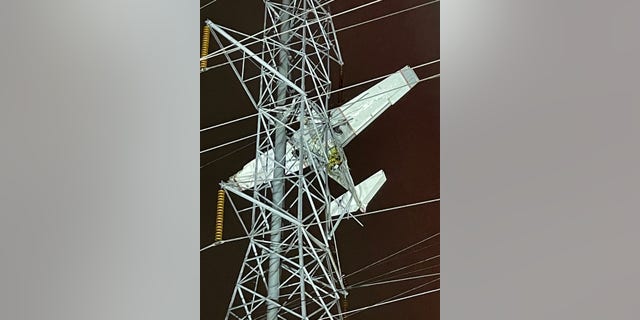 A small plane crashed into a Pepco electric tower on Sunday, leaving tens of thousands of customers without power. (Montgomery County Fire and EMS)

Chief Spokesperson for the Montgomery County Fire and Rescue Service, Pete Piringer, said on Twitter that the small plane was suspended about 100 feet in the air with two people onboard.

Both occupants were uninjured, the post stated, and rescue crews were on the scene.

A dense fog settled on the area after nightfall, complicating the rescue effort. 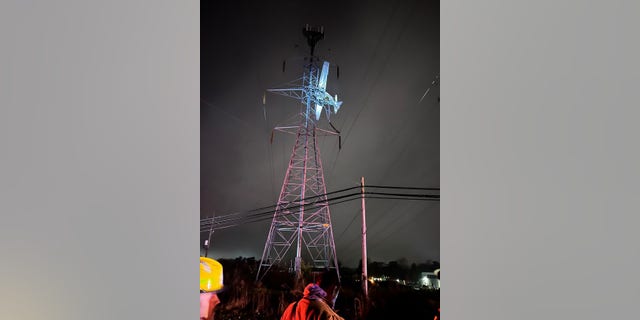 Montgomery County, Maryland power customers were without electricity after a small plane crashed into an electrical tower on Sunday night. (Montgomery County Fire and EMS)

Pepco reported about 85,000 customers were without power because of the plane crash.

As of early Monday morning, all but 911 Pepco customers had their power restored.

Montgomery County Public Schools tweeted that schools would be closed Monday due to the power outage.

The Federal Aviation Administration confirmed the crash and the number of people on board the small plane Sunday evening:

IRS announcement: The 2023 tax deadline changed for most California residents. Here's who's affected

"Queen of the Skies": Last Boeing 747 flying off into history

How does gold diversify your portfolio?

Pet parents think their pets are bigger sports fans than them

TikTok CEO to Testify Before U.S. Congress Over Security Concerns

The U.S. Still Doesn’t Have Good COVID-19 Data. Here’s Why That’s a Problem