"What are you going to do?" Manager Buck Showalter said on Monday since Deglom stressed his right shoulder blade and started the injured list season. He said the day after he threw 24 pitches at Single A St. Lucy at the start of his first rehabilitation.

DeGrom culminated at 101 mph and reached three digits at 7 pitches. He defeated five of the six batters he faced in the 1² / ₃ innings.

Showalter hinted at discussing "dialback" with his fastball with deGrom early in the rehab assignment. However, it is possible that adrenaline has taken over.

"I'm sure he has a lot of positive emotions just by resting his arms, not because he's trying the torque of maximum effort." Showalter said. 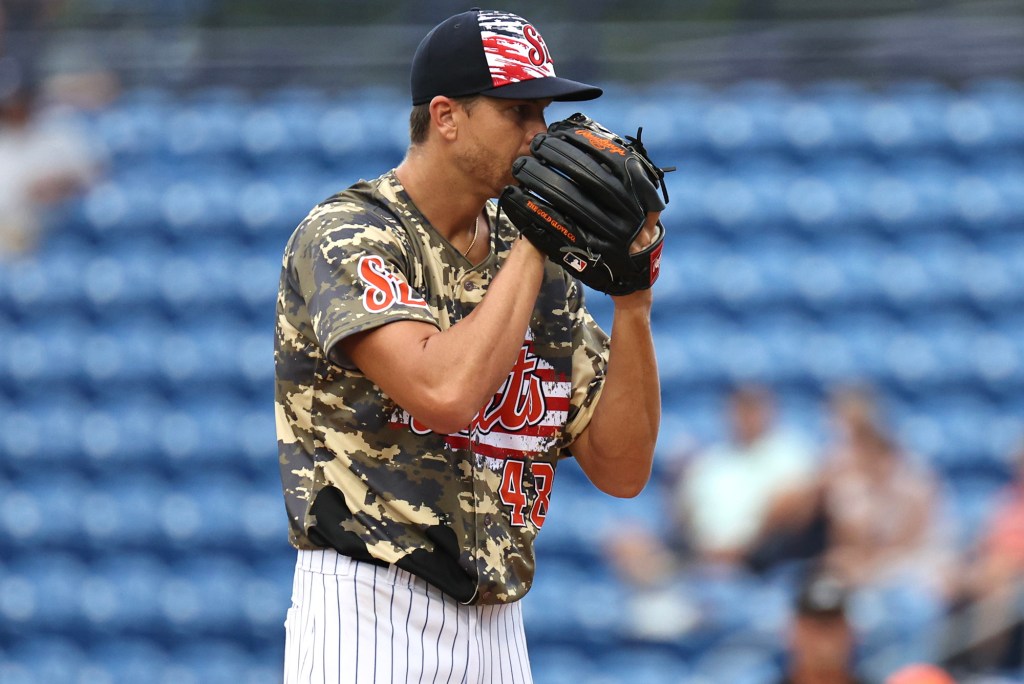 DeGrom says he felt good on Monday. Showalter, and remains on a 5-day schedule. This will determine the next start for St. Lucie's right-handed man in Daytona on Friday.

Shawalter said he expects DeGrom to slow down as rehabilitation progresses.

"When he starts to tire some of that good, I think you'll see some of it go down," said Shaw Alter. "But he has a completely resting arm and wants a lot. I think you've seen the result."

David Peterson said. Chris Bassitt remains on the sidelines with the COVID protocol, so he returns from his father's list to start Wednesday's Series Finale.

Show Alter called Bassitt a "long shot" to play against the Marlins on Thursday, showing Trevor Williams in line for the start. Bassitt, who had been scratched since the start of last Friday, was throwing sideways because he was loose.

Travis Jankowski was expected to play five innings in the center field and win three at-bats in the Triple A Syracuse minor league rehab. The outfielder is on the injured list as far back as May 26, after breaking his fourth metacarpal bone with his left hand. Showalter did not rule out the possibility that Jankowski would return before the all-star break.

Edwin Diaz and his brother Alexis brought their lineup cards to the home plate before the game. Reds relief player Alexis made his debut in Major League Baseball this season, but last month he entered IL for his right biceps tendonitis. Alexis Diaz pitched to 2.40 ERA with two saves and 27 appearances in the Reds.